Why Shahrukh Khan is More Than The King of Romance

SRK maintains a level of fame unparalleled by his contemporaries. DESIblitz explores his darker roles to show why he is more than just the King of Romance.

His suave demeanour and charming looks make him a dangerous, yet irresistible, villain

Dubbed the Baadshah of Bollywood, Shahrukh Khan’s stardom is largely associated with his other title, the ‘King of Romance’.

His dimpled smile and endearing eyes melt the hearts of anyone watching him onscreen. Whilst renowned for playing a ‘Rahul’ or ‘Raj’, Shahrukh is far more than just a romantic hero.

Despite his effortless ability to be the undisputed ‘King of Romance’, Shahrukh can convincingly play both romantic and negative roles.

Playing a villain often writes off an actor’s ability to play main leads. Shahrukh has defied that notion. Conversely, his negative roles are often his most celebrated and critically acclaimed.

Obsession, intensity and a ruthless pursuit of one’s desires are what make his characters so captivating.

We explore this talented actor’s most notable performances beyond the ‘King of Romance’. If you ever wonder why Shahrukh Khan is a global superstar with such a strong fan following, you need to watch these films. 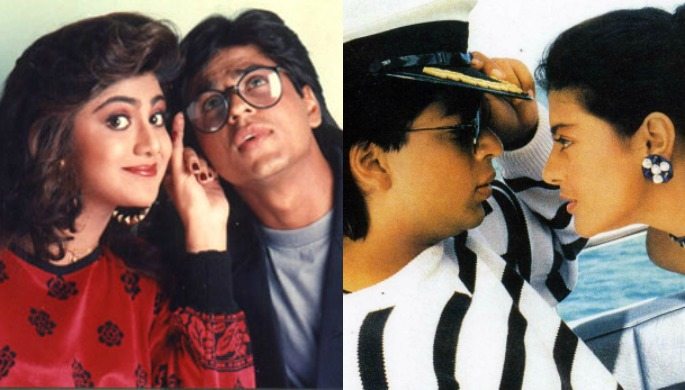 It was obvious that Shahrukh would not follow the normal route to stardom when he starred in Baazigar.

Bursting onto the film scene with this explosive performance was a refreshing sight to see. Blurring the lines between good and bad, his character was an ambiguous hero.

Who can forget the iconic scene where Shahrukh Khan pushes Shilpa Shetty off a building and plunges to her death?

In his pursuit to avenge his father’s death, Shahrukh Khan’s character becomes a cold calculated killer. After losing his father and younger sibling to Vishwanath Sharma (played by Anant Mahadevan), he vows revenge.

Despite committing murder, it’s hard to not sympathise with him when he dies at the end of the film. His death in his mother’s arms makes you pity the poor child who grew up with a broken family.

Unlike traditionally negative characters, who are larger than life, SRK’s normality and likeable charisma render him more disturbing.

His ability to deceive his onscreen love interest Kajol makes the audience realise that everyone has the ability to do evil, even those who seem trustworthy. 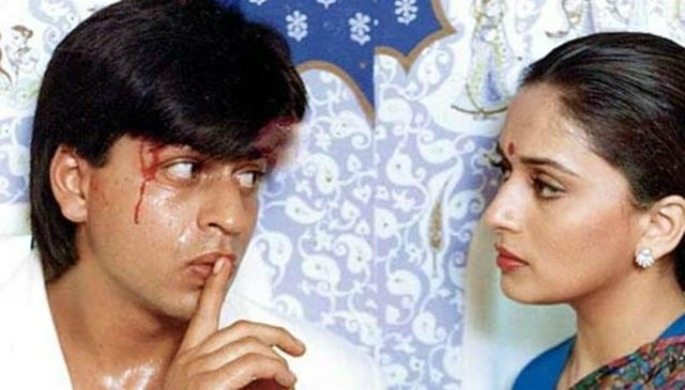 Quite possibly Shahrukh’s darkest performance to date is his role as Vijay Agnihotri in this twisted romance.

Starring opposite the enigmatic Madhuri Dixit, this tale of an obsessive and psychological disturbed lover is at times difficult to watch.

Highlighting more than just selfish obsession, the undertones of corruption, misogyny and a flawed justice system are equally brought to light.

When his inability to accept rejection escalates to violence and threats, the audience witnesses Shahrukh as a character like no other.

A spoilt mother’s boy who thinks he can buy anything and anyone he wants is consumed by his ego when facing rejection.

Ruthless in his pursuit for Madhuri, Shahrukh’s body language, expression and delivery of dialogue is outstanding. 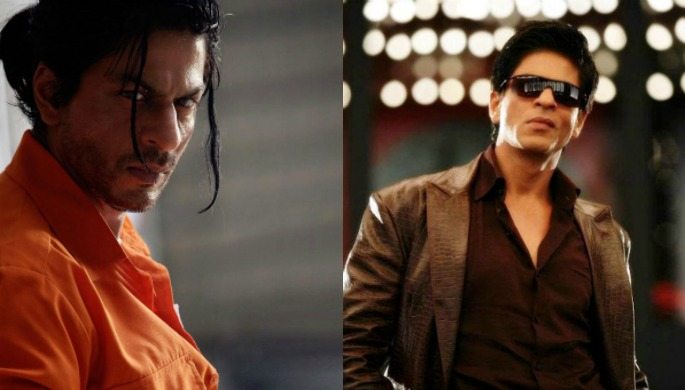 One of Shahrukh’s most suave negative roles is his portrayal of the classic Don.

Despite his criminal activities, selfishness and questionable intentions, he remains irresistibly charming. So much so, that as the audience, we enjoy his romance with Priyanka Chopra.

Owning both the characters of Vijay and Don, in this film we see Shahrukh play a simple and sweet pauper and a manipulative and cunning underworld don. 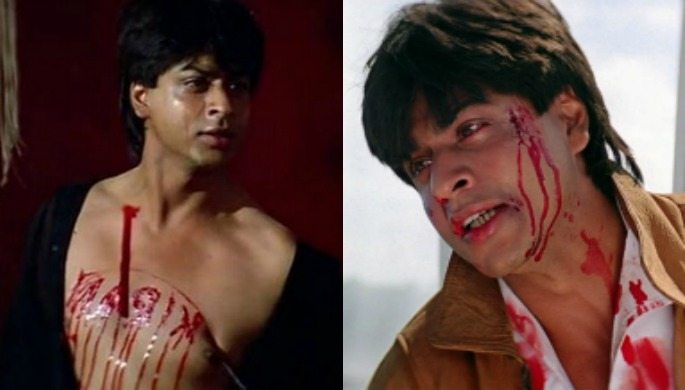 The iconic saying, “I love you K-K-K-Kiran”, remains one of the most mimicked dialogues in Hindi Cinema.

Here we see Shahrukh as a timid and socially awkward young man. Falling in love with Kiran played by the beautiful Juhi Chawla at college, his long-distance admiration is innocent.

However, his inability to tell her leads to her starting a romance with Sunil played by Sunny Deol.

His character quickly darkens when he begins stalking, calling and harassing Juhi without ever exposing his identity.

Shahrukh’s captivating monologue, with his projected images of Juhi on his bedroom walls, are unforgettable. Hiding his true identity from his father, his friends and the police, his love turns into obsession.

But despite his dangerous obsession, we view this character as a victim of psychological issues. Traumatised by the death of his mother, Shahrukh’s vulnerable character almost seeks our pity, not our anger.

The acapella rendition of ‘Jadu Teri Nazar’ on his death, with “Kiran” etched onto his chest bare for us to see, is heart-wrenching. 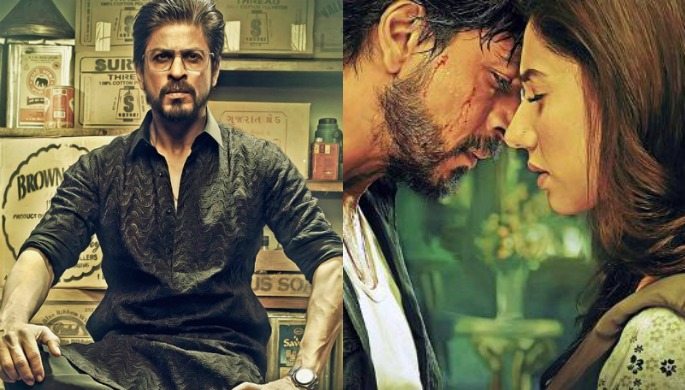 Stripped back from the glamour of modern city criminals, the rustic gangster ‘Raees’ is a rural don.

A cunning, confident and cool criminal is the essence of this character.

Though we can warm to his softer side when he is romancing Mahira Khan, the reality of his criminal activities and disrespect of the law hardly make him an admirable character. 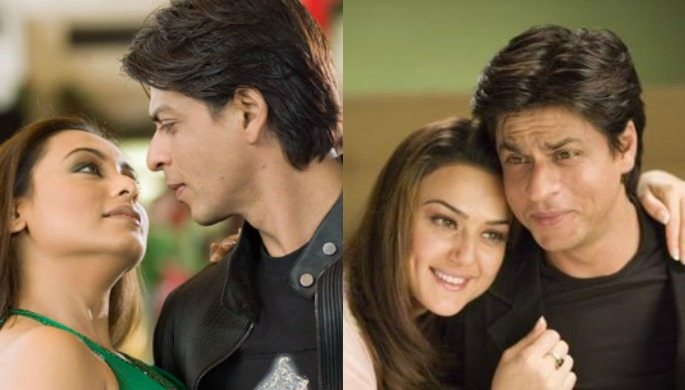 Playing the opposite of a true romantic is Shahrukh’s portrayal of Dev.

His failing marriage is a result of his resentment towards his successful wife played by Preity Zinta.

Unable to accept his own failures, his constant digs and lack of emotional support for Preity’s career, portray a fragile and insecure husband.

Making matters worse, he then goes on to cheat on his wife with Rani Mukherjee, who is also married.

His infidelity, bitter attitude and lack of sensitivity towards his son are the elements which make his character negative.

Though he may not be a traditional villain, lying to his wife and encouraging Rani to cheat on her spouse, are characteristics of a selfish and self-destructive lover. And nothing like the ‘King of Romance’ we grew up watching. 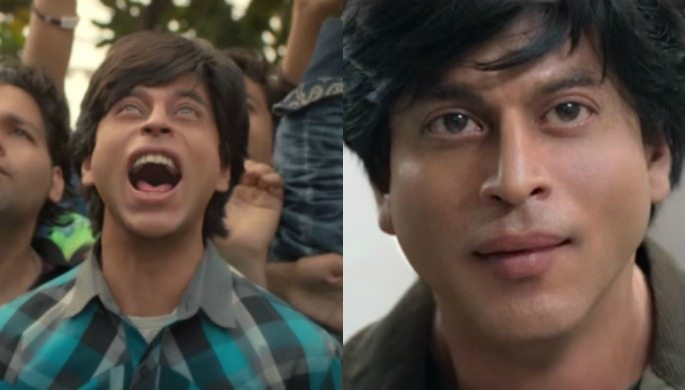 What could be better than Shahrukh? That’s right… Two Shahrukh’s in one film!

Along with the impressive prosthetics and visual effects, his double role in Fan is like no other.

Playing an obsessive stalker, this time not for a woman but for a star, we see an innocent youth become a dangerous threat to the man he once idolised.

Showing the vulnerability of a celebrity and the danger of modern technology, this role highlights the difficult relationship between stars and fans.

Often unable to live up to their fans unrealistic expectations, the lines between admiration and harassment is often blurred.

Where he once worshipped ‘Aryan Khanna’ with whom he has an uncanny resemblance, this fan becomes consumed with rage to destroy the idol who broke his dreams.

Proving his versatility, talent and passion for all kinds of cinema, Shahrukh’s enigmatic performances go beyond comedy and the ‘King of Romance’.

Playing intense roles, which are often dark and complex, obsession and revenge are themes he can play with ease.

Perhaps it’s Shahrukh’s subtle and sensitive performances that make his negative characters the most intriguing.

His suave demeanour and charming looks make him a dangerous, yet irresistible, villain to watch onscreen.

Momena is a Politics and International Relations student who loves music, reading and art. She enjoys travelling, spending time with her family and all things Bollywood! Her motto is: “Life is better when you're laughing.”
Arjun Kapoor and Cast arrive in London for Mubarakan Shoot
Did SRK and Aamir Khan discuss Film Rights in Netflix meeting?