Why ‘BAME’ did more Harm than Good

DESIblitz looks into the concept of the term ‘BAME’ and why it became such a problematic phrase for British Asians and other communities.

"BAME’s critics are right to highlight the term’s shortcomings"

From company employers to medical professionals, the term ‘BAME’ is one that has been on the tip of tongues.

With its features on health forums to a box to tick on applications, BAME has become a callous word.

The term is an acronym that stands for ‘Black, Asian and Minority Ethnic’.

Used in diversification schemes in businesses or voicing issues that are posed more to ethnic minorities, BAME has been criticised.

In fact, the term has been boycotted by some industry giants such as BBC and ITV.

But, what really is the reason for the backlash it has received?

For many years, the problem with BAME was never really addressed. However, from 2020, countless news sources were quick to label the term as outdated.

That’s why the term is noted as causing more harm than good. A quick Google search reveals more criticism than an explanation for the term.

However, the issues related to the term are rooted in much wider reasons, evidently leading to its abandonment.

DESIblitz delves into the origins, problems, and causes of hatred towards the BAME term.

Where did ‘BAME’ Come From? 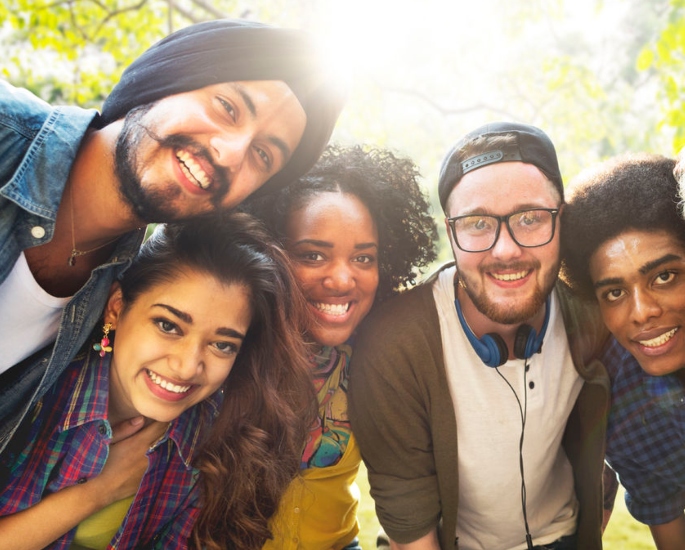 To many, BAME is a relatively new term.

For young people, it’s the box that began appearing on job applications. For others, it’s the word that they were addressed within the midst of the Covid-19 pandemic.

In reality, the term actually dates further back than most people expect.

In March 2021, Healthline reported how the term was originally coined:

“It derived from the UK’s anti-racist movement in the 1970s when communities united to fight discrimination.”

The term also started off as ‘BME’ and changed when the growing Asian demographic was recognised:

So, the term isn’t as modern as some hail it to be.

Does this pose a reason for why it’s more harmful than bettering?

Is BAME simply another case of something being too outdated and no longer prevalent for today’s generation?

Whilst it is easier to label the phrase as something that’s run out of relevance, understanding why is key.

We can label any flaw we see in 2022 as old fashioned and not compatible with modern norms.

However, understanding what caused the offence and problem in the first place holds a better chance at stopping any recurrences.

Why did the Term become Popular? 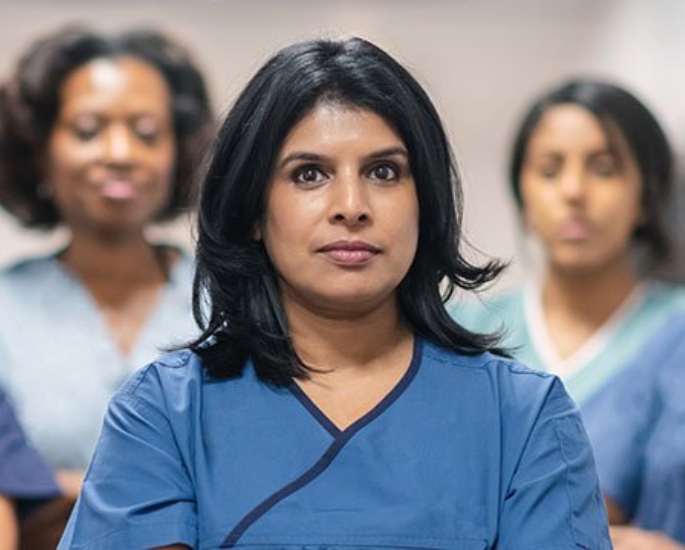 It’s also very important to consider why the BAME began to be used.

Therefore, we can navigate substitutes, or even discard the need for one completely in some contexts.

In April 2021, The Guardian confidently stated:

“The truth is, there’ll never be a handy acronym that can capture the complex histories and cultures of Britain’s ethnic minorities.”

BAME has typically been used to help with improving diversity and inclusivity in workspaces.

In Healthline’s 2021 report, they also noted:

“The term is often used when measuring diversity or making comparisons to a white population.”

In the context of the 2020s, the term was constantly featured on news briefings.

Alarmingly, there was constant Covid-19 guidance urging the increased vulnerability of the virus on those who classified as BAME.

But, on the surface, isn’t the use of the term a good thing?

Diversity in the workplace is being increased and vulnerability awareness is delivered to the population.

Whilst it can seem that BAME is the perfect word to aid the above issues, to many, it really is not.

The ‘umbrella’ effect of the term, tokenistic issues as well the ability to mask diversity are some of the issues.

Therefore, BAME may have entered the professional world with good intentions, but it was not as inclusive as it set out to be.

BAME’s Broadness or Lack of It? 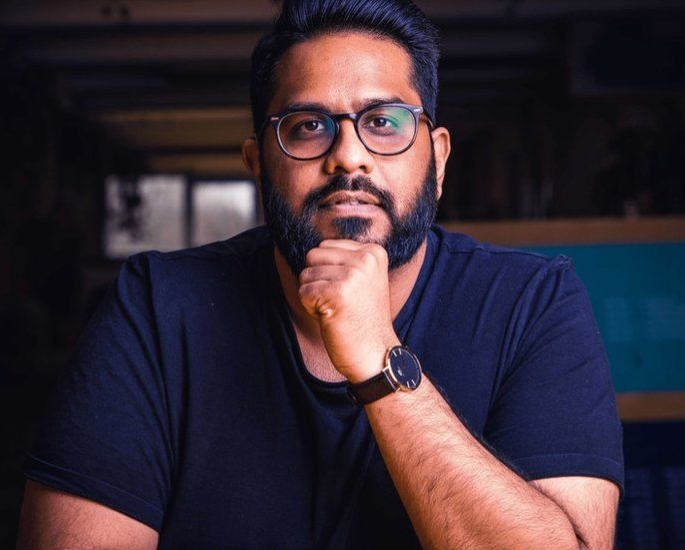 As explained, BAME accounts for people who identify as “Black, Asian and Ethnic Minority”.

But, the simple four-letter word has been understandably called out for just being too broad.

In December 2021, Stylist Magazine outlined this criticism by stating:

“Reducing an entire continent of 4.6 billion people to ‘Asian’ is not just ignorant, it’s insulting, too.”

Similarly, The Guardian voiced the popular opposing opinion of BAME by reporting:

“BAME’s critics are right to highlight the term’s shortcomings – it feels wonky and contrived while implying that all ethnic minorities are part of a homogeneous group.”

The term has also been manipulated by its functioning as a “blanket term”.

For example, comedian Eshaan Akbar revealed how BAME and the labels attached to it don’t define him:

“My experience as a British person who is half Bangladeshi and half Pakistani is very different to a British black male or any other Asian.”

Why have some of the biggest corporations taken this stance?

The publication, The Week, expressed that major corporations took findings from the Sir Lenny Henry Centre for Media Diversity and found:

“The collective term had been used to ‘hide failings in the representation of specific ethnic groups’.”

This means that BAME will become non-existent for more favourable terms that:

“Provide better representation and to boost diversity by acknowledging the unique experiences of people from different ethnic backgrounds.”

The term, as mentioned, is featured commonly to aid ethnic minority representation. But as explained above, it was exploited for its expansiveness.

On the other hand of the spectrum, BAME has also been bashed for not being inclusive enough.

Therefore, BAME has received backlash from a myriad of perspectives.

From the merging of ethnic minorities into one term to not including identities, BAME has caused more harm than good. 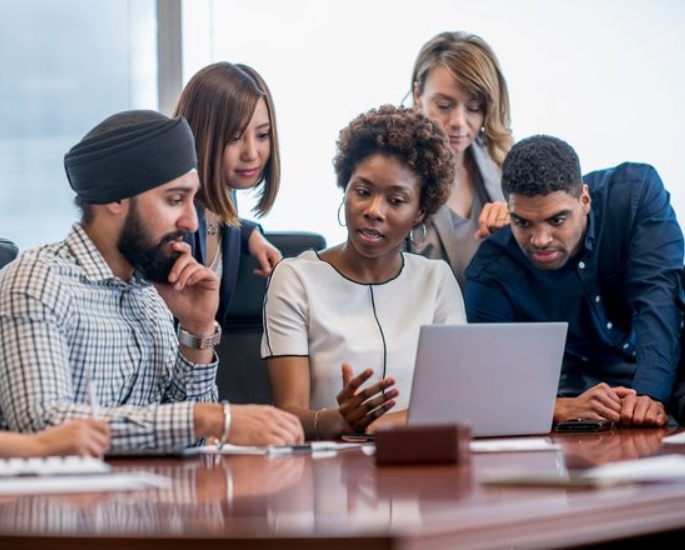 Tokenism is a popular phrase that concerns the false and symbolic inclusion of people for the sake of diversity.

“Within social science, researchers define a token as an employee belonging to a minority group that constitutes less than 15% of the total population in a workplace.”

Being used as a token is no pleasant feeling.

The use of ethnic minority figures just to present a superficial environment of diversity is arguably more exclusive than inclusive.

So, where does BAME play into this?

BAME can easily act as a gateway for the tokenism of employees to occur.

By ticking that BAME box on an application, many fear being another piece in these “diverse hires”.

Whilst it didn’t set out with this intention, employers need to be wary of how it can lead to exploitation.

The use of BAME is swiftly dropping in usage as it has mutated to cause more offence.

With media companies already withdrawing from using the term, it’s only a matter of time before its extinction in professional environments.

However, the reasons why BAME was used are still needed to be focused upon.

Companies still want to show their desire in creating a diverse working environment.

Therefore, the creation of a new term to aid this could be in the making.

The Week has already recorded the BBC’s pledge:

“The term will be ditched in favour of the use of ‘more specific terms to describe ethnicity’, as recommended in the industry report.”

But, can we ensure that any new buzz-words like BAME won’t cause the same offence?

Or is there a better strategy to describe the groups’ companies want to help?

Time will only tell whether certain phrases have the stamina to be as inclusive as they intend to.

Otherwise, there will be a plethora of terms having contributed to the problem of diversity instead of solving it.