Shahrukh Khan: Why there is only one ‘King Khan’

Known around the world as Bollywood’s ‘King of Romance’, it’s not difficult to see why Shahrukh Khan is one of the most successful actors of his generation. We explore how the superstar has created a legacy which we may never see again.

Whether you love him or hate him, Shahrukh Khan’s worldwide fame and incredible success as the Badshah of Bollywood is undisputed.

Breaking records, becoming the King of Romance and one of India’s most revered icons are well-deserved achievements that Shahrukh Khan has attained over the course of his 25-year career.

However, unlike many of his contemporaries, Shahrukh has numerous unique qualities that make him stand out from the rest.

Both his professional and private life see him embodying the Indian dream of success.

An ordinary guy from a middle-class family conquered India and attained fans across the globe with his irresistible charm and versatile talent.

Read on to see how despite there being newcomers rising in the industry, there will probably never be another superstar who can fill the shoes of this legend.

He is a Self-Made Man

In an inward-looking industry, with nepotism is largely the driving force for many of the current stars entering Bollywood, Shahrukh is the opposite. His tremendous success is entirely down to his own achievements.

With no connections to the industry, Shahrukh did not rely on the name of his father or family name to bag himself a role. Sheer talent, hard work and star presence have catapulted him into superstardom.

Often dubbed as the outsider, Shahrukh Khan embodies the Indian dream. He stands as the success story of an ordinary man achieving his dreams through hard work.

As a young man from Delhi who moved to Mumbai to be a star, notably it his immense drive and ambition that have made him who he is today.

It’s difficult to see anyone else who hasn’t got connections to the film industry or isn’t a former model, that has achieved so much success.

With star kids only increasingly entering the film scene, it seems unlikely that the next King of the industry will be an ordinary person who comes from such humble beginnings.

The Undisputed King of Romance 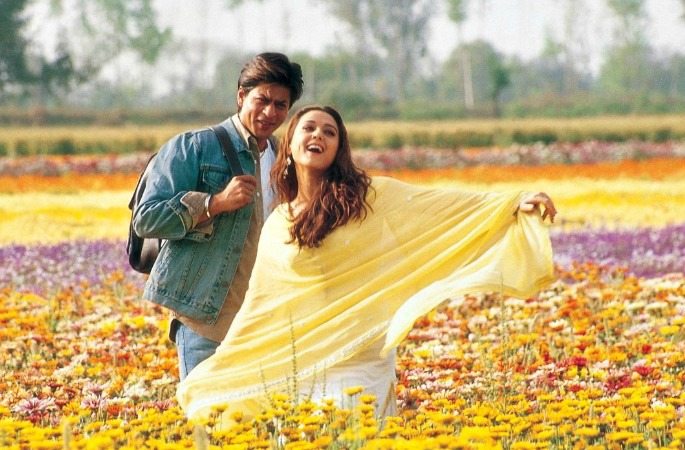 If you want to be a romantic hero, either you will be compared to Shahrukh or you will in some way be emulating Shahrukh.

Numerous actors admit that they think of him when trying to be romantic, or subconsciously channel some of Shahrukh’s style.

Setting the standard so high, with films like Dilwale Dulhania Le Jayenge (1995) and Kuch Kuch Hota Hai (1998), it’s difficult not to envision Shahrukh with his arms spread open waiting for his heroine to run into his arms.

Additionally, actors now have to display a diverse set of skills to prevent them from being typecast as a one-dimensional actor.

Shahrukh, on the other hand, has successfully owned the romantic genre, whilst still being appreciated as a versatile actor. 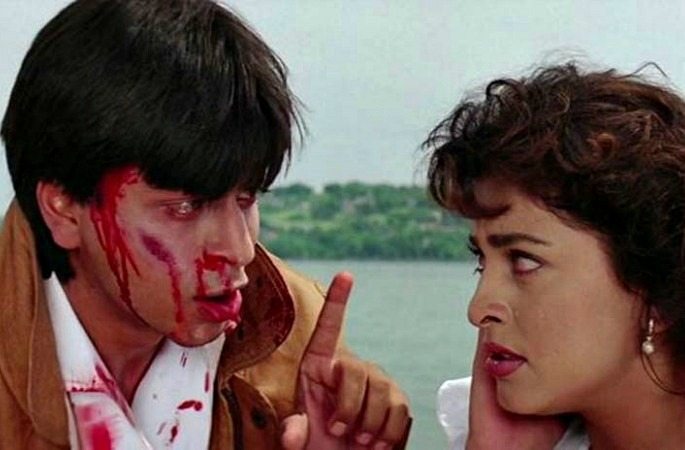 Starring in the legendary romantic comedy Dilwale Dulhania Le Jayenge made him a star in one of India’s most successful films ever made.

Still running in theatres in India, the film’s longevity means that even his oldest films are still loved and watched by the youth today.

Not only winning our hearts with romance, Khan’s gripping performances in negative roles have created some of the most iconic characters in Hindi cinema.

From the line, “I love you K-K-K-Kiran,” to the memorable murder scene of a building in Baazigar (1993), Shahrukh Khan is not short of memorable performances.

So famous that he even has a film titled My Name is Khan (2010) and a thriller based on himself called Fan (2016) where he played a double role, his stardom and name is enough to draw audiences.

Khan as a Global Brand

Shahrukh hasn’t only conquered India, he has successfully conquered the world without even leaving his country for work.

Where Priyanka Chopra and Deepika Padukone had to work in Hollywood to gain international coverage, Shahrukh has managed to get that without leaving Bollywood.

Whether it’s the Middle East, South East Asia or even the UK, Shahrukh is the biggest and most well-known name of Bollywood abroad.

Appearing on the popular UK talk show Late Night With Jonathan Ross, or rubbing shoulders on panels with the likes of Brad Pitt only reaffirm his incredible stardom. 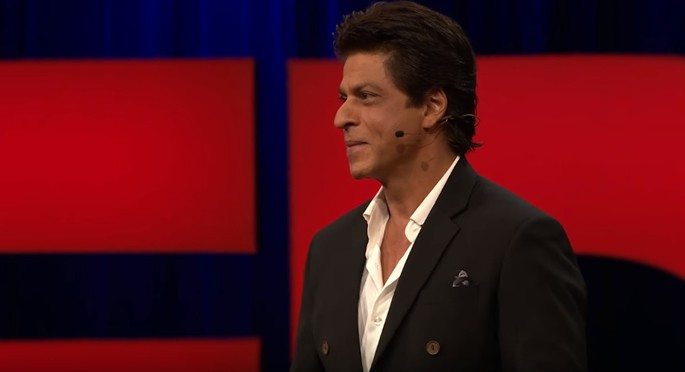 One of the unique things about SRK is his undeniable charm which translates as much off screen as it does on.

All those who have met the star are taken aback by his genuine wit and charismatic nature. Co-stars and directors alike gush over his warm personality and authenticity when they spend time with him.

SRK is often described as an old-fashioned gentleman, and we can see it through his numerous interviews and fan interactions.

There are also very few stars who are able to converse so well on an intellectual level. SRK is a well-known lover of books and reading. His library at his Mumbai home is certainly extensive and shows off his thirst to learn and acquire as much knowledge as he can.

It even led him to join forces with TED Talks to create the India strand, Nayi Soch. The show was an attempt to “inspire young minds across India and the world.” 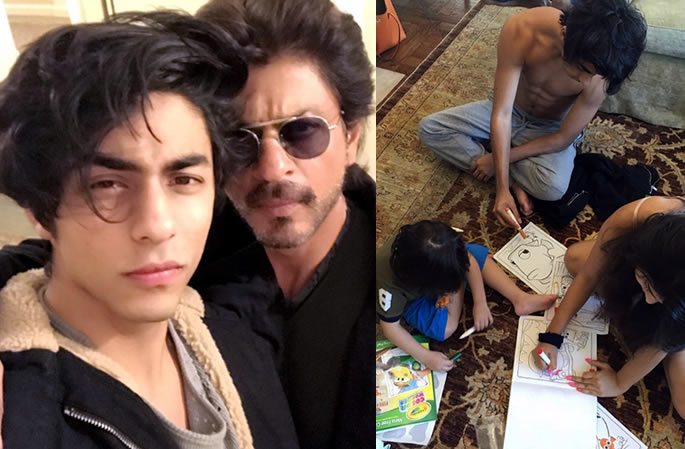 With many celebrities struggling to maintain marriages and renowned married actors maligned with affair stories, Shahrukh has miraculously maintained a relatively clean reputation.

The star remains together with his childhood sweetheart, Gauri who he married in 1991.

SRK has shared the story of his real-life romance in a number of interviews, admitting he saw Gauri at a party and that it was love at first sight.

Having now been together for over 25 years, Gauri reiterates her husband’s sentiments, telling press: “Shah Rukh was the first person I met and went out with. And he has been the only man.”

Together they have three children, Aryan, Suhana and AbRam.

Shahrukh is regularly seen with his three adorable kids.

In particular, his youngest AbRam, likes to make public appearances alongside the superstar. Whether it is at an IPL match cheering on Kolkata Knight Riders (KKR), or even on the balcony of their Mannat home in Mumbai.

Gauri also shares numerous pictures of her kids and the family on Instagram, indicating that they are hugely supportive of each other. 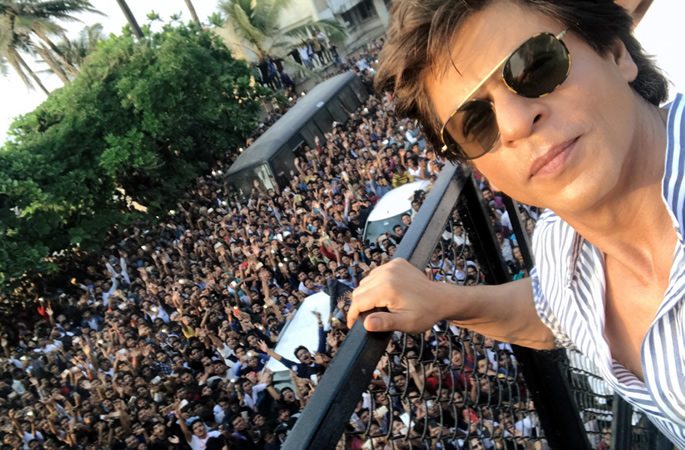 Well educated, incredibly talented, and a family man with no ridiculous scandals. Three rare characteristics and attributes to find in a successful Indian celebrity.

Over the course of his long career, Shahrukh remains a self-proclaimed workaholic.

His greatest endeavours are either creating his next big film, expanding his production company Red Chillies Entertainment, co-managing his IPL team KKR, being a brand ambassador for a range of different products, supporting his wife in her interior design business or spending quality time with his family.

His professional life and personal life make him an all-round role model which many aspire to be.

Unlike many successful stars, Shahrukh’s personal life and family life make him even more likeable.

The title ‘King’ is certainly one that Shahrukh has earned over his impressive career. Personifying stardom and professionalism both on and off screen, it’s not often we that we get to see such a likeable celebrity.

Delivering outstanding performances in varied roles, representing his nation abroad on TED Talks and television shows are all contributing factors to his success.

Where most actors come and go, it’s evident that Shahrukh Khan’s legacy will continue for many years to come.

Such a rare sight to see, we can only wonder whether another superstar will ever become the Baadshah of one of the world’s biggest film industries.

Momena is a Politics and International Relations student who loves music, reading and art. She enjoys travelling, spending time with her family and all things Bollywood! Her motto is: “Life is better when you're laughing.”
Katrina Kaif to Co-Host Bigg Boss 12 with Salman Khan?
Urwa Hocane tells Bollywood star Pakistan’s not a ‘Failing State’