Shahrukh seeks The Prodigy for RA.One

Shahrukh Khan is determined to make RA.One, his biggest production yet, a huge success. And the formula it seems is to engage major international stars to work on the film project. The Prodigy, the famous UK big beat band, are aiming to finalise dates to work on RA.One whilst on tour in India.

"They are quite keen and so are we."

Shahrukh Khan is not taking any chances with his forthcoming Bollywood science-fiction super-hero movie – Ra.One. He is in pursuit of the UK big-beat pop band, The Prodigy, to produce some music for the film.

After involving Hip-Hop star Akon, who recorded a song for the vast budget film in March 2010, SRK is now looking at The Prodigy to do a track and work on the background score for the film with Vishal-Shekar, who are the music directors of the film.

The Prodigy are famous for massive hit songs like ‘Smack My Bitch Up’ and ‘Firestarter’ and other popular hits like ‘Charly,’ ‘Out of Space,’ ‘No Good (Start the Dance),’ ‘Poison,’ ‘Breathe,’ ‘Spitfire,’ and ‘Warrior’s Dance.’ Now they will be collaborating with Vishal-Shekar to create their first ever Bollywood track. 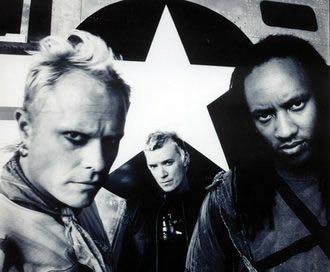 Their hit ‘Smack My Bitch Up’ which was released in 1997 featured the eastern flavoured vocals of UK singer Shahin Badar, which describes the openness and creativity of The Prodigy to produce such fusion tracks. Although, the video of the track caused controversy it is still recognised as a major hit track. The song topped a UK poll conducted by PRS for Music, pushing the Sex Pistol’s 1977 hit ‘God Save The Queen’ into second place.

Music director Vishal said in a newspaper interview regarding the collaboration: “We are in discussions with The Prodigy to do a track in RA.One. They are quite keen and so are we. Currently we are in the process of working out schedules. They are playing the Invasion festival in January. So we are going to try and work dates out around that. This will be one of the biggest collaborations ever. Can`t wait.” 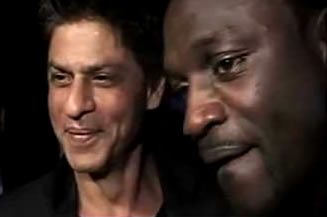 The Prodigy dates for the Invasion Festival in India are Bangalore on 13th January 2011 and Gurgaon, New Delhi, on 15th January 2011. They will be headlining the festival, supported by Pendulum DJ set Feat. MC Verse, Pentagram, Midival Punditz, Jalebee Cartel and Heavy G. These gigs will be the first ever appearance by The Prodigy in India on stage.

The definition of the title of the film “RA.One” means ‘Random Access – Version One’ according to Shahrukh, who tweeted,

“Ra.One means Random Access- Version One, u will understand when u see the film. The Superhero is called G.One.”

The story is based on gaming, bad guys and super heroes. Shahrukh plays the role of a gaming freak who falls in love With Kareena Kapoor. 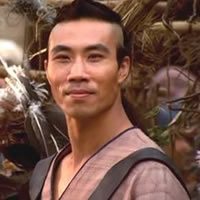 RA.one stars SRK, Kareena Kapoor, Arjun Rampal, Satish Shah, Shahana Goswami, Dilip Tahi and Chinese-American actor Tom Wu, who was casted after Shahrukh approached Jackie Chan for the role. Tom is a martial arts expert and has starred in films like Revolver, Shanghai Knights and Batman Begins. SRK excited about Tom Wu’s role in the film, tweeted, “a big welcome to Tom Wu in the film cast. He is so humble & such a sport…really nice to have him on board.”

The production team is also international for the movie, including, film editor Martin Walsh, amongst others from Hollywood. Shooting of the film is being done in India, UK and USA. For example, scenes were shot at Century21 studios in USA, where Shahrukh Khan filmed various special effects and model scenes. It’s reported that a train sequence in RA.One is identical to that of Rajnikanth’s film Robot. But when two sequences were shot in two different locations by two separate teams of technicians, it is difficult to believe they are similar.

There expectations of SRK, director Anubhav Sinha and producer Gauri Khan (Red Chillies Entertainment) are high for this movie. RA.One was due to be released in June 2011 but now it has been re-scheduled for release around Diwali 2011.

Amit enjoys creative challenges and uses writing as a tool for revelation. He has major interest in news, current affairs, trends and cinema. He likes the quote: "Nothing in fine print is ever good news."
Avina helps Southall Black Sisters
H Dhami sings for Bollywood