Indian dancer Kamal Singh made history as he has been accepted into the prestigious English National Ballet School.

“I cannot explain how it feels, it is all my dreams come true."

Kamal Singh took his first ballet class at the age of 17. Now 21, the son of a rickshaw driver has become the first Indian dancer to win a place on the English National Ballet School’s professional trainee programme.

Kamal did not even know what ballet was when he turned up at the Imperial Fernando Ballet School, in Delhi, during the summer of 2016.

But he had been inspired by ballet dancers in a Bollywood film and wanted to try it for himself.

The school fees and London living expenses totalling about £20,000 were far beyond the reach of Kamal’s family.

However, a crowdfunding campaign which was backed by some of Bollywood’s biggest names, managed to raise all the funds needed in less than two weeks.

Kamal said: “I cannot explain how it feels, it is all my dreams come true.

“My family do not know much about ballet but they are very happy and very proud that I am at the English National Ballet.”

Kamal now spends his days, masked and socially distanced, training in a dance studio with just 12 other students. 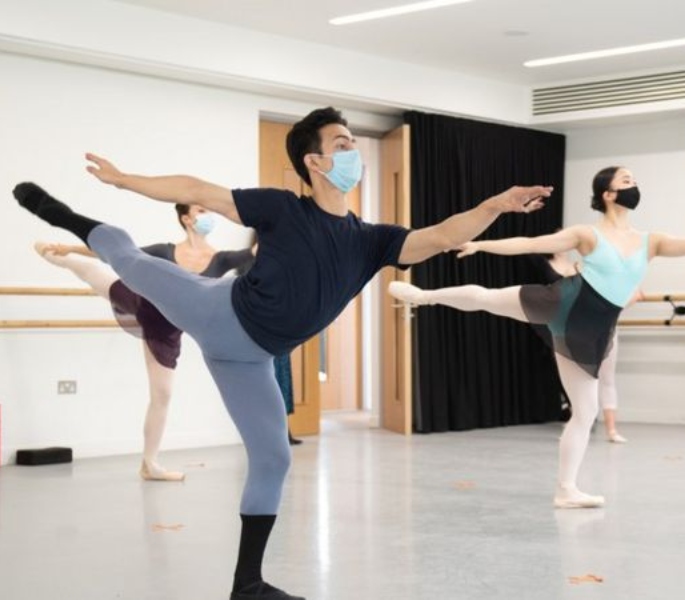 For Kamal, none of it would have been possible without the support of his teacher, Argentine dancer Fernando Aguilera and some Bollywood star power.

From the moment Kamal walked into one of his free trial classes at the Imperial Fernando Ballet Company in Delhi,  Fernando knew he had discovered an exceptional talent.

But the teenager could not afford to study ballet. His home was two hours away from ballet school. His father worked two jobs to support his family.

Luxuries like ballet tuition were not an option. So Fernando tried to convince Kamal’s parents.

Over three intense years of training, he provided Kamal with free tuition, a room in his home in Delhi.

Fernando also helped raise the fees that would allow Kamal to travel to London to take up his place at the prestigious English National Ballet school.

Together the student and teacher turned to crowdfund on the site Ketto, which was co-founded by Bollywood actor Kunal Kapoor.

The actor, in turn, used his star power and social network on the young dancer’s behalf.

It prompted friend and fellow Bollywood star Hrithik Roshan to pledge £3,200 to the fund.

He now has a chance to go to the prestigious English National Ballet School. The FIRST dancer from India to be accepted. He needs your help to make this dream come true. https://t.co/Wap6OU1FrM

Kamal gratefully explains: “I have received a lot of support from the Indian community.

“My maestro has a lot of new students who want to study ballet in India, after seeing my news. They really got inspired.

“I am hoping with my achievements, more people in India will choose ballet as a career.”

Akanksha is a media graduate, currently pursuing a postgraduate in Journalism. Her passions include current affairs and trends, TV and films, as well as travelling. Her life motto is 'Better an oops than a what if'.
New Zealand Police dance to Bollywood Songs in Viral Video
Singer Neha Bhasin Recalls being Molested aged 10