Shilpa Shetty has been cleared of an ‘obscenity’ charge following an infamous kiss with Richard Gere in 2007.

Shilpa was arrested at an airport

Shilpa Shetty has been cleared of an ‘obscenity’ charge, 15 years after a kiss with Hollywood actor Richard Gere.

The incident happened at an AIDS awareness event in 2007 in Delhi.

On stage, Richard kissed Shilpa several times on the cheek while she had her arms around him.

The brief moment caused outrage in India, with radical Hindu groups expressing their anger and criticising the Bollywood actress for not resisting Richard’s advances.

Many took to the streets, burning effigies of the pair. The incident even saw riots take place. 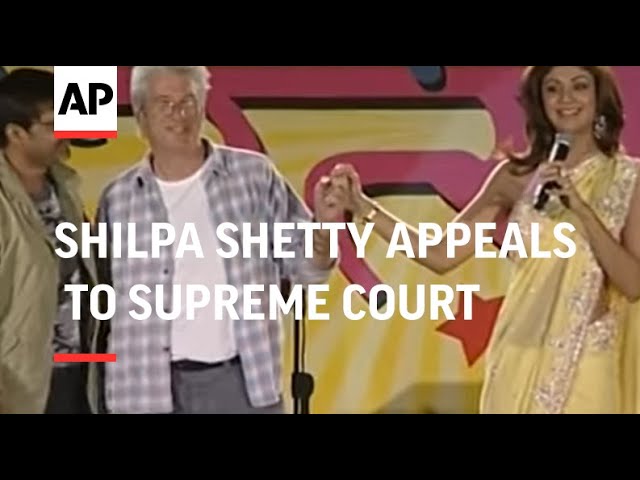 Richard apologised for the incident and had an explanation.

He claimed he was trying to show that kissing was harmless and could not spread the AIDS virus.

An arrest warrant was issued for Richard but was quickly dropped by India’s Supreme Court, dismissing the claims against the actor as being filed for “cheap publicity”.

However, Shilpa was arrested at an airport and three court cases were filed against her.

Now 15 years later, all charges have been dropped against the actress after a judge ruled she had been the “victim” of Richard Gere’s affections.

“It seems that the accused Shilpa Shetty is the victim of the alleged act.

“Not a single element of any of the alleged offences has been satisfied in the complaint.”

She said: “Being happy is in your hands. Don’t wait for another person, or the weekend or a special occasion to bring you joy and happiness.

“Do whatever it is that makes you happy. Your mind, body, heart, and soul will thank you in abundance.”

Shortly after the 2007 incident, Shilpa defended Richard Gere’s actions, saying they were an attempt to entertain the audience.

But she admitted that his actions “embarrassed” her.

In addition to her fame in India, Shilpa Shetty has also attracted international fame.

She became known to UK audiences when she appeared on Celebrity Big Brother in 2007.

She went on to win the show, but her time was marred with controversy after she found herself at the centre of a race row.

The late Jade Goody, Danielle Lloyd and Jo O’Meara were all slammed for ‘bullying’ the star after being accused of making racist comments.

All three apologised after leaving the house, insisting they were not racist.

Dhiren is a journalism graduate with a passion for gaming, watching films and sports. He also enjoys cooking from time to time. His motto is to “Live life one day at a time.”
Tejasswi Prakash calls Shamita Shetty ‘Aunty’ on Bigg Boss 15
Janhvi Kapoor shares First Look from Mr and Mrs Mahi