An Indian school principal and two female teachers have been caught on video carrying out intimate and obscene acts on the school premises.

He is seen kissing one woman teacher in pink

A video of an Indian principal and two female teachers conducting intimate and obscene acts with each other from a school in Punjab has gone viral.

The video has been shot in the office of the principal in a senior secondary school which is based in the village of Datarpur, Talwara, in the district of Hoshiarpur.

Reports say that fellow teachers at the school had got fed-up with the principal’s unacceptable behaviour with the female teachers involved and decided to place a hidden camera in his office.

This is how the video then became public and the misconduct reported.

Scenes of the principal kissing, hugging and being intimate with two female teachers on two separate occasions are shown in the video.

He is seen kissing one woman teacher in pink who is sitting on his desk while he is on the phone.

The second woman in a purple and white outfit enters the office and he is then seen embracing her, kissing her and being sexual towards her.

To date, there has been no report of complaint raised against the principal from the two women in the video either. 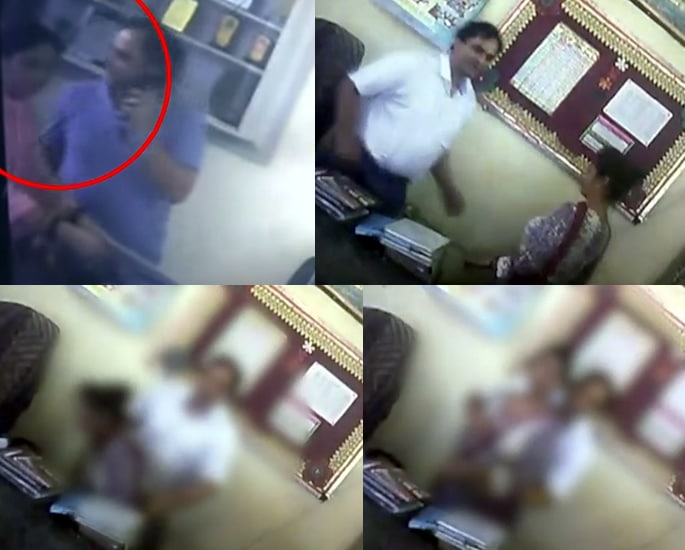 The principal involved has even claimed that video is not real and has been doctored in some way, thus, denying the allegations against him.

The two female teachers have also denied that they are the ones featured in the video. They said it was a ploy from other staff. Both women were reluctant to give any kind of interview to media reporting the matter.

Since the dramatic sharing of video on social media and it going viral, it has raised a major concern among parents from the village, pupils and authorities related to the school.

Questions are being asked with emotions of anger, shock and disgust of the school as to how they can allow such immoral behaviour to carry on within the establishment.

Immediate action has been taken subsequently by officials from the school. An investigation has been launched into the matter and its serious breach of staff conduct.

Principal Sudesh Kumari and the Deputy Head were present for the initial investigation conducted with the Department of Education Officer, Rakesh Kumar.

“I have instructed an immediate inquiry to be launched by a team I have put together.

“In which Deputy DEO Rakesh Kumar and madam Sudesh Kumari have been appointed.

“They have been sent all the information and they were called as well.

“They will produce a report on this very disturbing and shocking behaviour on the premises of a teaching facility.

“No one will be spared and the strictest action will be taken.”

“The district’s officer has engaged me into this team to do the inquiry into this matter.

“Whatever the facts regarding the matter come to light, a report shall be provided for the same.”

Apparently, this is not the first time the principal has been reprimanded for similar misbehaviour, however, in the past he had got away with it due to a lack of evidence.

Calls are now being made to suspend the principal and the two female teachers with immediate effect while the inquiry continues into this matter.

Watch a news report of the viral video: 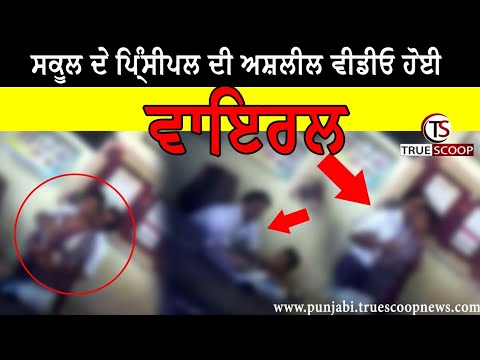 Nazhat is an ambitious 'Desi' woman with interests in news and lifestyle. As a writer with a determined journalistic flair, she firmly believes in the motto "an investment in knowledge pays the best interest," by Benjamin Franklin.
Man killed and Four Injured after ‘Dispute over Land in Pakistan’
Indian Woman Stripped & Hair Chopped Off for Affair with Nephew