The principal of a Punjab training institute for women has been embroiled in a scandal further to a leaked ‘lewd’ video featuring a woman employee.

"the video was made in my office"

Principal Jaspal Singh of the Industrial Training Institute for Women (ITI) in Khanna, Punjab, India, is said to be seen in an objectionable video which has gone viral with a woman who works at his own institution.

The woman, wearing a pink and white salwar kameez, is seen on her own with a man who resembles the principal in his workplace office located on G.T. Road, Bullepur, Khanna.

The woman sits on his laps in a very amorous way, showing intimacy between them. There are exchanges of hugs and kisses.

The video has been posted online and has caught the immediate attention of officials and media.

The man in the video identifies with the appearance of principal Jaspal Singh from the Khanna ITI. However, the identity of the woman is unknown. Since the spread of the video, Mr Singh came forward to be interviewed by the media contesting that the video is not real and it is a ‘manipulated’ video.

He confirmed that he is the principal of the ITI in Khanna which is for women only and then responded to the video and its contents. 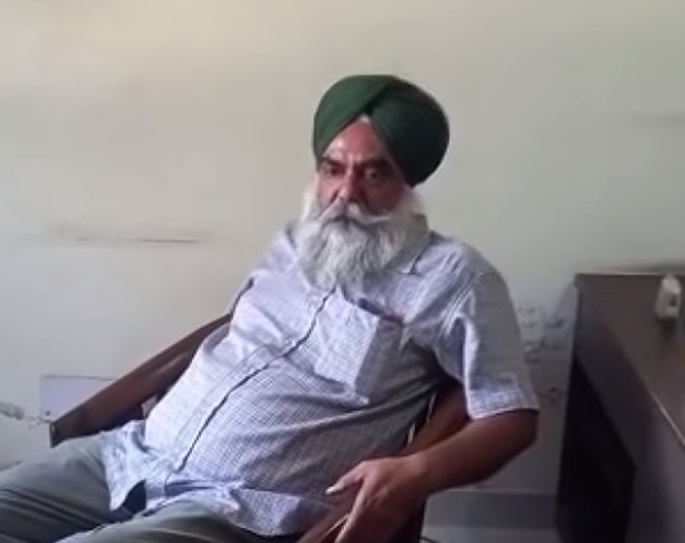 “The video is totally manipulated. I was shown this 7-second video.

“Someone had called me on the phone and asked me to come out for a meeting. Therefore, due to this me leaving, I left the staff in charge of the duties.

“Without any control or knowledge of this, the video was made in my office.”

Principal Singh was then pushed to explain who was the woman sitting affectionately on the man resembling him in the video.

“Her face was not revealed, you can only see her from the back. Hence, it is difficult to recognise who it is.”

When asked when was this video shot, he said it is in the last fifteen days when staff were given duties to look after the office and institute.

When quizzed if he is taking any action against this incident, Mr Singh replied:

“I have lodged a complaint with the SSP officer, two days ago.

“It is up to the police and SSP to do their job.”

A police investigation in Khanna into the matter is underway to clarify if the man in the video resembling principal Jaspal Singh is him or as to whether it is a doctored video as he claims.

Nazhat is an ambitious 'Desi' woman with interests in news and lifestyle. As a writer with a determined journalistic flair, she firmly believes in the motto "an investment in knowledge pays the best interest," by Benjamin Franklin.
Perverse Man had Sex with Chickens and Wife Filmed It
UK Woman Physically abused by Men in Amritsar Restaurant