Birmingham’s Soho Road turned into a supercar showcase as several luxury cars graced the road as part of a pre-wedding party procession.

their vibrant colours lit up the road and turned heads.

Birmingham’s Soho Road was filled with lavish cars as part of a pre-wedding party procession.

The busy road is home to shops and businesses but it was the setting for a luxury procession which saw a group of men riding motorbikes and leading the procession.

The unnamed men were dressed up for the occasion, sporting sherwanis in dark shades of blue and black.

They also wore matching gold jewellery around their necks.

Their motorbikes contrasted with one another. One was a scooter, another was a vintage bike and a third was a modern sports bike. 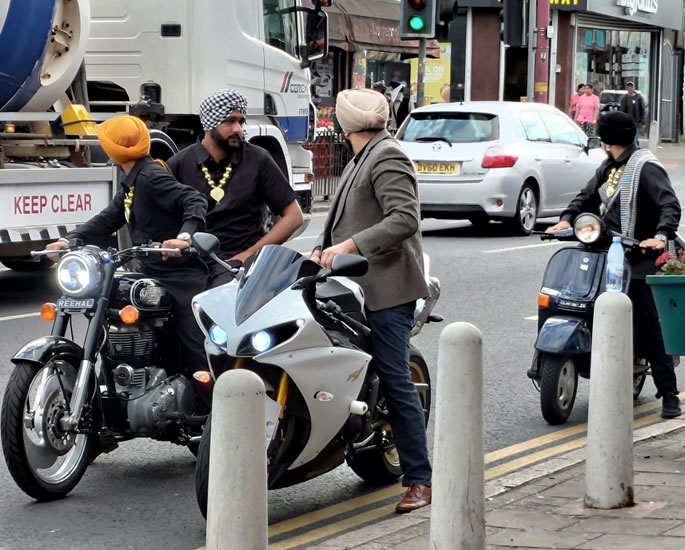 They were seen stopping on the side of the road to wait for the rest of the pre-wedding procession.

A classic jeep drove down Soho Road. It was in army green and adorned with red, orange and yellow garlands. 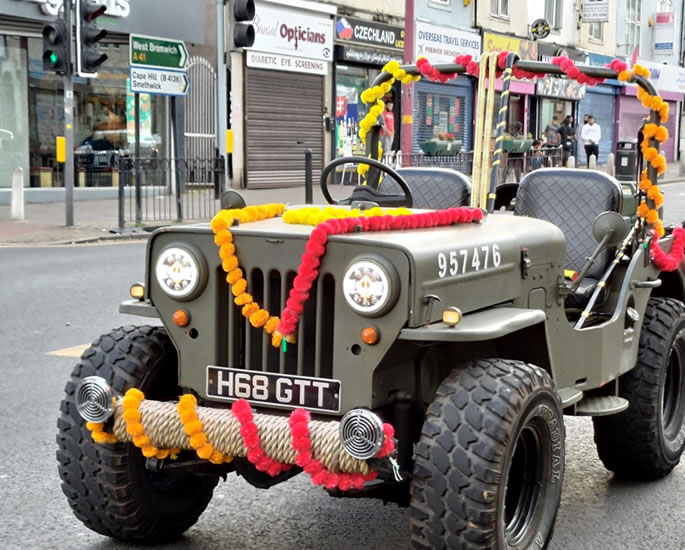 Several convertible Lamborghini Aventadors were also part of the procession and their vibrant colours lit up the road and turned heads.

One was in the famous yellow that Lamborghini is known for.

Another was in a bold shade of purple while a third was in bright green.

All three stopped on the side of the road, showing off the iconic scissor doors. 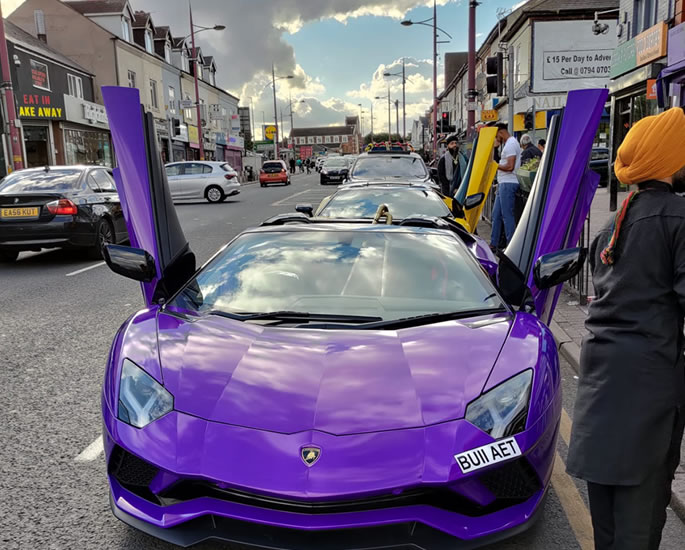 Meanwhile, locals were seen stopping what they were doing to take pictures of the stunning supercars.

The extravagance continued as a Rolls-Royce Cullinan followed the supercars.

But unlike the brightly-coloured Lamborghinis, the Rolls-Royce was black.

It was a Black Badge edition, which is a more sporty version, designed with enhanced torque, power and control.

The four men later posed in front of the purple Aventador, looking proud of the fact that they had just led such a lavish pre-wedding procession. 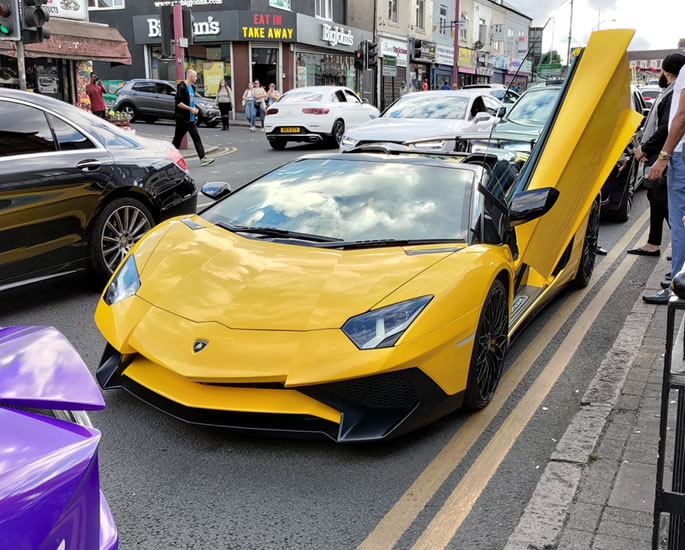 Expensive cars are a common feature within modern Asian weddings.

Several are hired by family members and are driven in a convoy to the wedding as a way of portraying luxury. 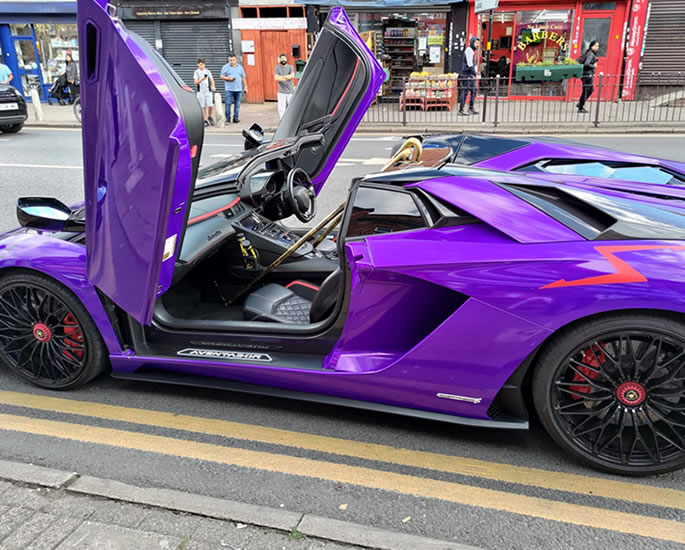 This is one example which shows that no expense is spared to ensure that a wedding is a memorable, yet flamboyant event.

When it comes to South Asian weddings, competitiveness between families is always a huge thing.

Families are always looking to have a bigger wedding than the last person.

Dhiren is a journalism graduate with a passion for gaming, watching films and sports. He also enjoys cooking from time to time. His motto is to “Live life one day at a time.”
How to Get Free Cash to Help Pay Energy Bills
Indian ‘Beauty’ in Jail bribed Guard for Mobile Phone