Soho Road’s BID organisation has announced it will launch its first big Diwali celebration on Sunday 19th October 2014 on the iconic Soho Road for the community.

“We are very excited about running our first community event."

Diwali is on October 23, 2014 and already preparations for celebrating the fun festival are in full swing across Birmingham.

The event will take place on Soho Road and will feature a roadshow hosted by local Birmingham based radio station RAAJ FM. The event is shaping up to be a great day out for families and loved ones.

The day will see incredible performances from many of the big stars in the Bhangra and British Asian music scene such as B21, Manny Khaira, vocalists Jin & Seetal as well as Foji Gill and dance performances from Gabhru Panjab De. 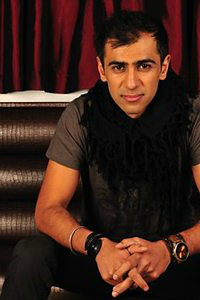 There will also be special children’s activities and events put on by the kids from the local schools and plenty of hearty and delicious desi food from numerous stalls.

The concert will be free for all to enjoy and will start on the Soho Road precinct at 2pm, the day will culminate towards the official switching on of the Diwali lights at 7pm, lighting up Soho Road.

The organisers of this event, Soho Road BID are an organisation consisting of 560 predominantly independent businesses that spread from Holyhead Road all the way to Soho Hill and caters to approximately 250,000 residents in the vicinity.

This is in addition to other visitors who come from all over Birmingham and the surrounding areas to shop and spend time in the heart of the Birmingham’s Punjabi community.

Speaking about the event, BID manager Craig Bucky said: “We are very excited about running our first community event. It’s been a lot of hard work and determination and you’ll get to see a great celebration that the community can be proud of.”

Soho Road BID hopes for this to be annual celebration attracting more stars and more people to come with their families and friends to join in the festivities and enjoy themselves. 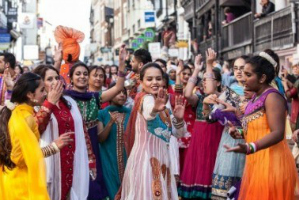 The Soho BID had began its five year term back in April 2014 and Chairman of the organisation, Dipak Patel said: “The long term strategy is to make Soho Road an exciting place to work and live which in turn will create more visitors to the area.”

Soho Road is a well known area within North Birmingham and is home to long established British Asian businesses and residents. A hotspot for Indian cuisine and high fashion, the Festival of Lights will bring even more dhamakedar to the diverse and multicultural road.

Harpreet, a long term resident of the area said: “Soho Road is one of the most liveliest places to live in. The community is like one family, you know everyone and everyone knows you.”

With Diwali fast-approaching, now is the time for family and friends to come together and take part in the Festival of Lights. Enjoy the festivities with fireworks lighting up the sky, and an endless number of great Indian food and sweets.

There is something for everyone to indulge in and enjoy during this year’s Diwali. Soho Road BID’s first ever Diwali event will be taking place on on Sunday October 19th, 2014 from 2pm to 7pm. Make sure you don’t miss it!

Amarjit is a 1st class English Language graduate who enjoys gaming, football, travelling and flexing his creative muscles writing comedy sketches and scripts. His motto is “It’s never too late to be who you might have been” by George Eliot.
Who are the British Asians in The Apprentice 2014?
British Asian Abdul Rafiq marches for EDL