Who are the British Asians in The Apprentice 2014?

Four British Asian hopefuls will compete in the latest series of The Apprentice. The 2014 winner of the show will land a business partnership with Lord Alan Sugar worth £250,000.

"My biggest business mistake? I can't think of any."

Television’s most popular job interview, The Apprentice will return to the BBC on October 14, 2014.

Twenty candidates will be trying to duck Lord Alan Sugar’s pointy digit, to earn a business partnership with the mogul, worth £250,000.

Among the hopefuls, and representing the British Asian community are Nurun Ahmed, Pamela Uddin, Sanjay Sood-Smith and Solomon Akhtar. 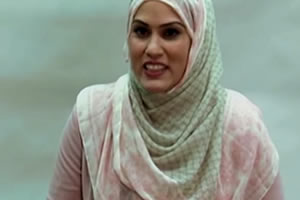 Council worker and marketing officer Nurun Ahmed, 36, says: “I’m the type of person that doesn’t take five hours to do one job. I do 20 jobs in five hours.”

Along with Nurun’s council commitments, she also runs three other businesses that she set up within 18 months. A feat she considers her ‘proudest business achievement’.

Nurun told The Apprentice team she ‘puts Superwoman to shame’: “How many people can actually hold down a full time job, manage three businesses, be a full time mother of two young children, a housewife and a carer for my elderly parents?

“People might think [that] I’m very soft, but they haven’t seen the real me. I have a real fighting streak. I’m a positive thinker, but a real fighter.”

She will be hoping her high work ethic impresses the trigger happy mogul. Nurun says she finds it ‘difficult to say no to people’, a trait she doesn’t share with Lord Sugar. She claims this is a reason for her often taking on too much work. 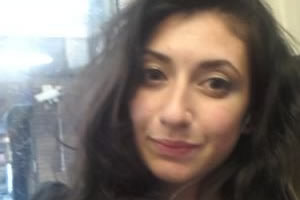 Although not British, Pamela Uddin is another Asian woman competing in this years Apprentice.

The chatty Dubliner is a self proclaimed ‘business and fitness junkie’.

The 23 year old considers herself ‘different’, and says: “I know why I’m different. It’s because I know myself inside out and upside down.”

When asked what her biggest business mistake was, Pamela ‘couldn’t think of any’: “I think of weaknesses. I don’t think I’ve made any mistakes,” said the entrepreneur.

She confesses to time keeping skills, and being ‘assertive, bordering on aggressive’ as her weaknesses:

“I challenge others. When someone has an opinion, I might not agree with [it]. I could agree with them, but I’ll challenge them to see how well they stand by their opinion.”

Banking manager Sanjay Sood-Smith claims: “Life’s easier when you’re better looking. Out of every ten people I walk past in the street, I’d say I’m better looking than nine of them.”

Although Sanjay doesn’t think his looks make him better at business, he does think they help.

He says: “I’m better at business because I’m intelligent, smart and good at business. I think it does help me to get what I want and charm people if I need to.”

The confident 27 year old, reckons he won’t have to nudge people out of the way because he’s just ‘better than them’.

“My view is that you don’t need to lie or cheat or do anything like that in business if you’ve got the skills and expertise, and are better than other people.”

Sanjay says his success is due to his warm personal nature and ability to motivate others. However, it looks like the two qualities don’t always overlap as he told The Apprentice interview crew how he ‘isn’t here to make friends’:

“Some people are really direct and take pride in the fact that they like to drive by almost fear. Some people are to nicey nicey and try and collaborate with everyone too much.”

“If I had to choose between friendship and profit, I’d choose profit because at the end of the day, I’m not [here] to make friends.”

Sanjay says he’s angered by ‘people who lack self-awareness’. His worst personal quality is that he is a ‘worrier’, which might mean he’s two vowels short of the perfect candidate. 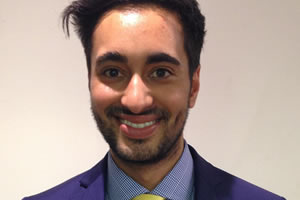 Entrepreneur, Solomon Akhtar works at a creative agency alongside running his own tech business. He is aware his ‘over enthusiasm can annoy people’.

He said: “People don’t like to see other people, really enthusiastic all the time, bouncing off the walls. But [I] take that in my stride.

“I feel that, actually it does bring really good things in a lot of people. Other people just walk straight out of the door. [They] don’t want to be part of it and think I’m an idiot.”

Solomon says he’s passionate about tech and travel, but angered by negativity: “I hate negativity, as I think of myself as a very positive person.”

Of his regrets, Solomon adds: “My biggest regret is spending too much time and hard earned money and university partying. I wish I’d reinvested money into my company.”

Since it first aired in 2005, The Apprentice has been a ratings hit. The popular format of weekly tasks, two teams and in-fighting has proved to be a hive of entertainment.

As well as successful business owners, the show has also spawned its fair share of TV personalities. Pantomime villain, Katie Hopkins was a part of the show’s third season, and rejected Lord Sugar’s offer of a place in the final.

Luisa Zissman has taken on TV following her stint on The Apprentice. The series nine runner-up appeared on Celebrity Big Brother 13, and was a co-host of CBB 14’s spin off, Bit On The Side.

Lord Sugar criticised the pair, saying: “They’d go to the opening of an envelope if they got an invitation.”

The latest series of The Apprentice kicks off on Tuesday 14, October 2014. We will have to wait and see how our British Asian’s fare under Lord Sugar’s stern gaze.

Zak is an English Language and Journalism graduate with a passion for writing. He is an avid gamer, football fan and music critic. His life motto is “Out of many, one people.”
UK Restaurants investigated over Illegal Workers
Soho Road BID celebrate First Community Diwali