The British Asian Film industry has given rise to some truly outstanding pieces of British cinema.

To celebrate the achievements of the growing industry, Rifco and Watford Palace Theatre have joined hands to celebrate these pioneering films and directors in the first ever British Asian Film Festival (BAFF). 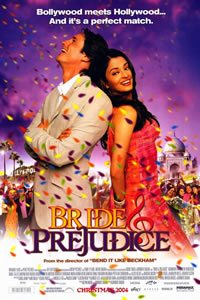 Being forerunners of the British Asian Film industry, film lovers will be able to attend special talks from each of the directors as well as have the chance to watch some of their most critically-acclaimed films and preview up and coming films.

The festival provides a fantastic opportunity for Brits to experience British Asian cinema and gain an exclusive insight into the film industry.

Through promoting and encouraging the diverse multicultural world of Britain, budding film makers will have the opportunity to learn first hand from the experts themselves.

The opening day will see Atul Malhotra take the hot seat to discuss his new coming-of-age film, Amar, Akbar & Tony. One of the most prominent British Asian directors in the UK, Atul has produced and directed a number of documentaries and comedies for some of the biggest UK channels such as ITV, Channel 4, BBC, Discovery and Sky. 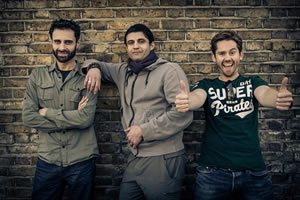 Set in London, the film revolves around the lives of three childhood friends, Amar, Akbar and Tony as they enter their early adulthood lives. The talk will preview exclusive clips from the new film which is set to be released later in 2014.

Also attending the festival is writer and actress, Meera Syal. Rising to fame after co-writing and acting in the comedy sketch show Goodness Gracious Me, Meera is also well known for her role as Ummi in Sky’s The Kumars.

In an exclusive talk, Meera will be discussing her semi-autobiographical novel, Anita and Me (1996), and her successful and extensive career as an actress. Her 2002 film adaptation of the novel will also be screened.

Gurinder Chadha has become an icon for British Asians following the global success of her film Bend it Like Beckham (2002). The film went on to become the epitome of British Asian identity for young generations trying to tackle their Eastern heritage and Western upbringing.

The talk with Gurinder will explore her journey within the film industry and there will be in-depth discussions on all her films including; Bride & Prejudice (2004), It’s a Wonderful Afterlife (2010), What’s Cooking (2000), and Angus Thongs and Perfect Snogging (2008).

In addition, I’m British But (1989) will be screening on Day 2 of the festival, and is a documentary exploring the issues surrounding second generation British Asians. 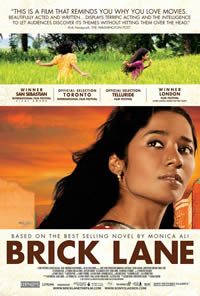 Actress and writer, Harvey Virdi will also be talking about her career in cinema, sharing her experiences of working on the sets of the critically-acclaimed film Brick Lane (2007), as well as her experiences as an actress on both film and TV.

The growing genre of British Asian films is a testimony to British Asians, and to the fact that they are finding their foot in the British media and film industry as well as worldwide.

Bollywood primarily caters to South Asians living in South Asia, and so films that focus specifically on the lives of British Asians, in English, are more relevant and are paramount for British Asians in understanding their identity.

Most stereotypical depictions of South Asians in Hollywood or British cinema are a far cry from reality, and it is clear that in the past 20 years, attitudes of British Asians have shifted with British Asian cinema having a huge impact.

Films such as West is West (2010), East is East (1999), Brick Lane, Bend it Like Beckham have all contributed in evolving a new genre of British cinema, which is appreciated by many.

Here is a full itinerary of the weekend:

Tickets for the film screenings provide access to the pre-film talks. Each film screening is £6 and full day passes are also available for Saturday and Sunday, tickets cost £10.

The BAFF is the first of its kind and is a great chance to celebrate, explore and experience the British Asian film industry. It is also a great way of reliving comedies and dramas on the big screen, as well as previewing new films. To book tickets or RSVP to talks visit the Watford Palace Theatre website.

Wanderlust at heart, Fatimah is passionate about everything creative. She enjoys reading, writing and a good cup of tea. Her life motto is: “A day without laughter is a day wasted,” by Charlie Chaplin.
Highway ~ Review
Farhan Akhtar loves Shaadi Ke Side Effects