The London Indian Film Festival returns with a fantastic line-up for 2014. From award-winning cinema, independent directors and outstanding actors, the week long festival will also see exclusive seminars and Q&A sessions with the most notable dignitaries of the industry. Read our full programme here.

The festival previews its first Bangladesh based film, SHONGRAM.

The London Indian Film Festival (LIFF) is upon us and what festival it is this year, full to the brim with incredible films for viewers to enjoy and appreciate.

DESIblitz.com is a proud media partner of this wonderful celebration of film and will be bringing you lots of coverage of the event throughout.

In association with Pure Heaven, the British Film Institute, and official Hotel Partner Grange Hotels, the festival will unveil rare and cutting-edge films from some of the Indian subcontinent’s hottest independent talents. 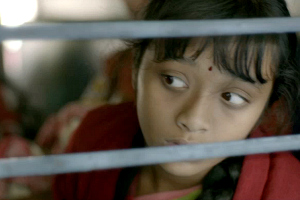 Going way beyond Bollywood, new films featured at LIFF will challenge, shock, generate debate and present a more realistic view of India and the subcontinent today, in all its diversity.

The festival will feature across London, opening in the West End at the historic Cineworld Haymarket, and continuing at BFI Southbank, Cineworld cinemas Wembley, Wood Green, Wandsworth, O2 in Royal Greenwich and ICA near the Pall Mall.

The fifth LIFF will feature SOLD as its opening night film. Executively produced by Oscar winning actor Emma Thompson, the film will have its red carpet European Premiere on July 10 2014.

SOLD is a powerful depiction of survival against the odds, playing out a tale of a young Nepali girl who is trafficked to Kolkata in India. Gillian Anderson (X-Files) stars with a great Indian and Nepali ensemble cast including Seema Biswas (Bandit Queen).

The Walt Disney Company’s US hit MILLION DOLLAR ARM which stars Jon Hamm (Mad Men) and Suraj Sharma (Life of Pi), will have its UK Premiere at the festival.

Watch the exclusive gupshup with Cary Rajinder Sawhney, Festival Director, as he tells us more about LIFF and what the 2014 festival is all about: 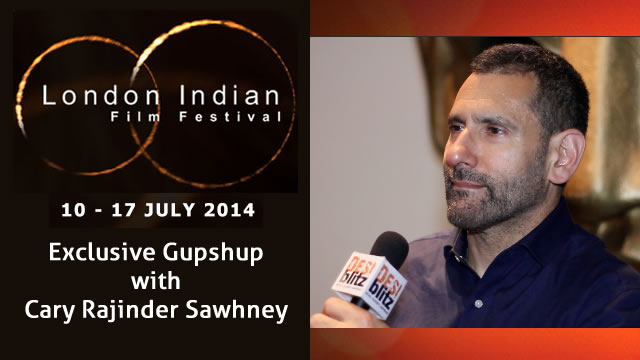 Screen talks from Bollywood’s hot actor Farhan Akhtar and South Indian cinematography supremo Santosh Sivan will be given at the BFI Southbank.

“We are delighted that the festival is now firmly established on the London and international scene after five amazing years. If you want to find out more about South Asian cinema, come to London and soak yourself in a week of magnificent, world class cinema.” 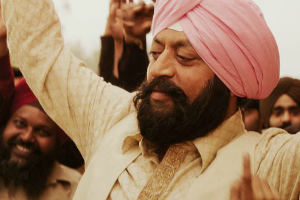 On July 12, QISSA: TALE OF A LONELY GHOST, has its UK Premiere, Irrfan Khan (Slumdog Millionaire, Life of Pi) plays a rural Punjabi father hell bent on having a son and heir, no matter what the consequences.

As well as films in the Hindi, Punjabi, Tamil, Kannada and Malayalam languages, and UK/Pakistani film Anima State, in Urdu; the festival previews its first Bangladesh based film SHONGRAM (Struggle) directed by Munsur Ali.

Closing the festival will be the World Premiere of HEMALKASA which stars Bollywood icon Nana Patekar. Directed by Samruddhi Porey, it’s guaranteed to make you cry and smile at the same time; paying homage to the revolutionary human rights leader Prakash Baba Amte.

London Indian Film Festival also includes industry events at BAFTA, exploring UK and Indian subcontinent co-productions. The winner of the annual Satyajit Ray Short Film Competition will be announced at the end of the festival, with short-listed contenders battling it out on July 15 at the ICA.

Here is the amazing programme of films and activities for the fifth annual LIFF 2014:

SANTOSH SIVAN MASTERCLASS | JULY 11
India’s most celebrated cinematographer and a successful director, whose credits include The Terrorist, Bride & Prejudice and Roja, delivers a rare masterclass at the British Film Institute.

LIFF 2014 promises to be an amazing experience of film and cinema and with the line-up presented, there is a feast of cinema which you will not see anywhere else in one place, the place to be, London, UK, attending the much awaited London Indian Film Festival.