A number of Indian restaurants in the UK are under scrutiny for employing illegal workers. The restaurants in question now face fines of up to £20,000 per worker.

"I've been doing this for 20 odd years and I've never had any issues like this before."

Exploited illegal immigrants working for low pay are under the spotlight again after a number of arrests made between August and October 2014.

The restaurants in question now face fines of up to £20,000 for each of the illegal workers that they employ.

Employers must prove they carried out the relevant checks, such as seeing a passport for the fines to be dismissed.

Manager of the Blue Tiffin restaurant, Stoke said: “The paperwork I was given for these people was sufficient enough for me to allow them to work. 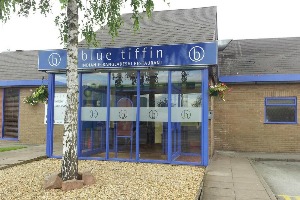 “Two of the men I employed have been working for me for a long time and they had previous references from other places, which is one of the reasons I took them on in the first place.

“It’s not like I don’t have any experience of working in this business, I’ve been doing this for 20 odd years and I’ve never had any issues like this before.

“It’s taken me seven years to build my business up to what it is and now this has happened. It’s a real shock to me.”

A manager of Essex based, Yasmin claimed his restaurant was targeted mistakenly.

Ruhel Ahmed said: “They came looking for people who don’t live here, they came to the wrong place on the wrong information.

“But they checked everyone here and found with one of them, their visa was outdated because their college had closed.”

Whitchurch based, Spice Heaven was also investigated. Bodrul Hoque, the restaurant’s manager said: “This is the third check we have received. The other two have been fine but with this one there were a few discrepancies with the paperwork.”

The workers in question have been detained, with some released on bail pending the investigations and face being deported. 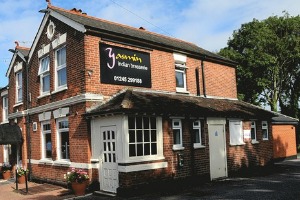 Mary Halle, deputy director of Midlands Immigration Compliance and Enforcement Operations labelled the raids as ‘warnings’ to businesses who fail to carry out mandatory checks on new staff.

She said: “This is a warning to businesses either deliberately employing people with no right to work or failing to carry out the legally required checks on their staff.

“We will catch up with you and you should expect to face heavy financial penalties.”

Previously, the Daily Mail spoke to a woman who overstayed her student visa, and claimed that illegals were treated worse than dogs.

Saima Shaheen, from Pakistan said: “I’m ashamed to say that in this country, a dog’s life is better than an illegal person’s.”

Shaheen was employed by solicitor, Nazakat Ali, who ran a marriage racket to turn ‘desperate Indian and Pakistani men’ into British citizens.

Ali, 38, was said to have treated Shaheen ‘like a slave’ and threatened to report her illegal status to authorities if she ever spoke out.

“Operations like these are carried out across the UK every day as our work to arrest, detain and remove immigration offenders from the UK continues.”

“Employers who use illegal labour are cheating the taxpayer, undercutting genuine employers and denying legitimate job hunters work. Those who wilfully flout the rules will face heavy financial penalties.

“I would urge anyone with detailed and specific information about suspected immigration abuse to get in touch.”

Restaurants with staff from overseas will now have to be more diligent of immigration policies if they are not to receive significant fines.

Zak is an English Language and Journalism graduate with a passion for writing. He is an avid gamer, football fan and music critic. His life motto is “Out of many, one people.”
Ex-cop Osman Iqbal caught in Prostitution racket
Who are the British Asians in The Apprentice 2014?