Former cop Osman Iqbal has been caught running a drugs and prostitution business, worth over £1 million. The ex Police officer was part of a family gang. Iqbal has been jailed for seven years and 2 months.

"It is very sad to see a man like you in this position."

Former police officer, Osman Iqbal has been caught in a drugs and prostitution racket around London.

Osman played a big role as part of a crime gang that sold cocaine while also running a prostitution business, pimping out girls to wealthy clients in London’s popular West End.

Iqbal is an ex-cop and worked for West Midlands police before being sacked from his job back in the summer of July 2014.

He was supported by his three cousins from Birmingham, brothers Asri, Atif and Talib Hussain who were in charge of running two high end brothels in London.

The brothels were used as a base to sell cocaine at high prices including clients paying £100 for one gram.

The drugs operation also housed a prostitution ring which saw Iqbal and his brothers take charge of sending out call girls at a rate of £300-per-hour to various paying customers in West London. 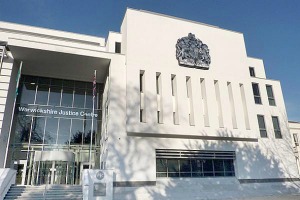 Warwick Crown Court heard that potential clients for both cocaine and the prostitutes were found by cabs drivers circling the West End area on a regular basis, particularly outside the area’s infamous nightclubs.

With the money made from both the drugs and prostitution rackets, Iqbal had further laundered that money into other businesses and amassed a total wealth of over £1 million in the process.

After the bust, all four men appeared in front of Judge Sylvia de Bertodano at Warwick Crown Court and pleaded guilty to accounts of operating and assisting in the running of a brothel and possessing cocaine with the intention of selling it.

The judge had mentioned Iqbal’s previous upstanding police work within the community and expressed how disheartening his illegal actions were:

“You were a police officer who played a significant role in the community and your record as an officer was an extremely good one. It is very sad to see a man like you in this position.”

Iqbal will now face prison for 7 years and 2 months. The rest of Iqbal’s family have also been sentenced; Asri, 25 who lived on Silver Birch Close, Saltley received a 3 year sentence after his earlier 10 year sentence back in August 2014 for conspiring to commit robberies. 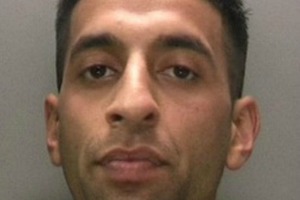 Middle brother Atif, aged 27 and from the same address as above, received a sentence of 4 years and 2 months.

Older brother Talib from Douglas Avenue, Hodge Hill and leader of the whole operation received a sentence of 8 years and four months.

Iqbal’s sister, Raheela Ali, 44 and her husband Nasar Ali, 50 both of Buxton Road in Essex were also sentenced.

Raheela received a year sentence after being found guilty of conspiring to launder the money made from both brothels she was also managing.

Her husband, Nasar, received a sentence of 21 months, after changing his plea to guilty mid-trial.

One of the prostitutes working in the brothel, Jennifer Williams from Furlong Lane in Cradley Heath had been introduced to the elder brother of the family Talib back in early 2012 when she had been working at a sauna in Birmingham.

She had been taken to the first brothel and employed as a ‘working girl’. The brothel wanted to cash in on the incoming flux of people for the 2012 Olympics.

She had then gone on to manage the girls and work as a maid at the larger Tower Court premises, a privately rented house, in London, when the Olympics had began.

Williams has also pleaded guilty of her involvement in both managing the brothel and cocaine dealing, she will be sentenced at a later date.

Amarjit is a 1st class English Language graduate who enjoys gaming, football, travelling and flexing his creative muscles writing comedy sketches and scripts. His motto is “It’s never too late to be who you might have been” by George Eliot.
Kuntal Patel cleared of Breaking Bad poisoning
UK Restaurants investigated over Illegal Workers