Osman Iqbal, a former policeman who moonlights as brothel owner and drug dealer, has lost his appeal for reduced jail sentence. DESIblitz reveals.

The judges rejected their appeals on the basis of their involvement in a serious criminal enterprise.

The ex-cop who was involved in an affluent prostitution ring was caught and sentenced in late 2014 (read the full article here).

The former West Midlands police officer lost his appeal at London’s Criminal Appeal Court, after the judges deliberated his punishment was appropriate for the severity of his crime.

Osman’s cousin and partner-in-crime, Talib Hussain, also lost his plead for lesser sentence and is expected to continue serving his jail term of eight years and four months.

Their lawyers argued that Osman and Talib have received an overly harsh sentence for conspiring to ‘possess cocaine with intent to supply’, ‘manage brothels’ and ‘launder money’.

They pointed out the crooked cousins were not selling cocaine to street addicts. They also disputed their drug dealing, which was ‘an addition to the brothels’, was not their main crimes. 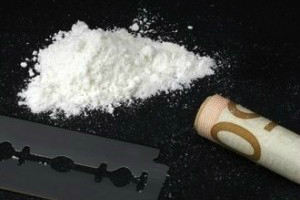 However, the judges did not waver and rejected their appeals on the basis of their involvement in a serious criminal enterprise.

Judge Radford explained: “The appellants were involved in the direct supply of cocaine for monetary gain, both to consumers and to the women they used in their prostitution business.

“Plainly some of the women engaged and retained as prostitutes in the brothels were addicted to cocaine and to supply such an addictive drug to them at cost price clearly encouraged that addiction.”

He continued: “We have no hesitation in deciding that the overall sentences were based on the correct starting point, and the terms passed by the judge were not in any way excessive.”

Osman and Talib have been described as the ‘leading lights’ of the operation. Together with a few other family members, they started running two high end brothels in London’s West End in February 2012.

They would send out ‘touts’ to scout for potential clients and use a ‘lightly-coded language’ to invite them back to their brothels.

Their clients were often rich businessmen who could afford to pay an hourly charge of £300 for the prostitutes and up to £100 for a gram of cocaine. The drug was also sold to their prostitutes.

The scale of their illegal operation was likely to be immense. Within the first nine days of launching, the brothels had attracted almost 150 customers looking for sexual services. Reportedly, nearly 40 of them also bought drugs from the brothels. 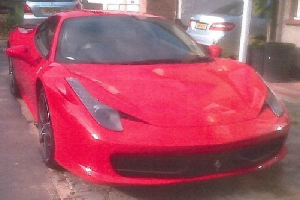 Their dirty business was also highly profitable. Osman and his gang laundered their money with the help of Osman’s sister Raheela Ali.

Their profits, totalling at over £1 million, were laundered through both fake and legitimate business accounts.

It was all covered up pretty well until Osman drove into work at Kings Heath Police Station in a Ferrari 458 that cost £170,000.

His colleagues became suspicious and an anti-corruption team began an investigation shortly after.

Following Osman’s termination of employment in July 2014, he was found guilty of running the brothels, dealing drugs and laundering money in September 2014.

A number of family members were also arrested and received a minimum sentence of 21 months.

More recently in January 2015, Osman Iqbal pleaded guilty to further charges of misconduct in a public office. His sentence for this is yet to be confirmed.

Simon is a Communication, English and Psychology graduate, currently a Masters student at BCU. He is a left-brain person and enjoys anything artsy. At his best when asked to do something new, you’ll find him dwell on “Doing is living!”
Afzal Amin accused of fake EDL march to win votes
Dr Rashida Sharif removed from Trojan Horse school