Tory election candidate for Dudley North, Afzal Amin has been suspended after allegedly staging a fake EDL march with Tommy Robinson in order to secure votes. DESIblitz has more.

“I would love to arrive in Parliament and say, I won this seat because [of] you 3,000 white working class English voters."

Afzal Amin, a Conservative election candidate for Dudley North has been suspended after allegedly plotting an elaborate scheme with the English Defence League (EDL) in order to win votes.

Amin was suspended on the evening of March 21, 2015 after secret recordings were exposed (from The Mail on Sunday) of him in discussions with EDL chairman, Steve Eddowes and former EDL leader, Tommy Robinson.

In the recordings, Amin and Robinson discussed arrangements for an EDL march protesting the development plans of an £18 million ‘mega mosque’.

Amin admitted that the EDL demo would actually be fake – instead he hoped to take credit for ‘defusing’ the subsequent racial tensions in a ploy to win votes from community residents, as well as police favour, in the upcoming May elections.

In return to agreeing to this extraordinary scheme, Amin promised Robinson and Eddowes that he would bring extreme EDL policies front and centre in parliament, if he was elected. 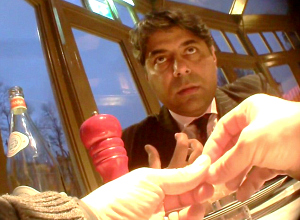 Unfortunately for the Tory candidate, Robinson secretly recorded the discussions and phone calls, because he was unhappy with the EDL being used as a pawn in Amin’s game. Once he had enough evidence against Amin, Robinson blew the lid.

Transcripts of the secretly taped conversations read: “This is my fantasy. If I could demonstrate to the people in Dudley that I can be a positive voice for community cohesion, for development, for campaigning against the evils and the terrorism and the child grooming and all the rest of it, then that would help me a lot in the forthcoming election.

“One way of doing that is, If you were to announce a second march about the mosque … and then we have two meetings with the chief of police, members of the Muslim community, we all play our roles, you say ‘Yeah we’re going to do a march, we’re campaigning and so on’.

“If you could announce it [the march] for May 2, which is the last Saturday before the election, maybe they’ll get really upset and worked up and then about two weeks before that we do a press conference and we say we’re not doing… well, YOU say you’re not doing the demonstration.

“Everyone is very, very happy. EDL have become reasonable… Afzal Amin to deliver the resolution.”

“I would love to arrive in Parliament and say, I won this seat because [of] you 3,000 white working class English voters that have never voted before… if you manage to pull this off.” 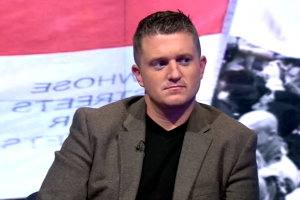 Amin also encouraged Robinson to hire EDL members to ‘canvass’ Dudley North on his behalf. This is against election law under the Representation of the People Act 1983:

“The easiest thing is this, you pay them cash and you… You handle them… What they need to do is come and volunteer on our campaign.

“We’ll look after them… They’ll be canvassing and working within the areas where we think that they will… So just work closely with us,” Amin said.

Following the release of the recordings, an emergency Tory meeting was held where chairman Grant Shapps opted to suspend Amin with ‘immediate effect’.

But Amin has since insisted that the claims of him manipulating racial tensions to secure a seat were ‘completely untrue’. Amin believes Robinson has politically attacked him, and the footage is misleading. Speaking to The Independent on Sunday, Amin said:

“The Mail on Sunday have provided small snippets of over 57 hours of meetings between members of the Dudley Muslim community, the leadership of the EDL, Tommy Robinson and me. 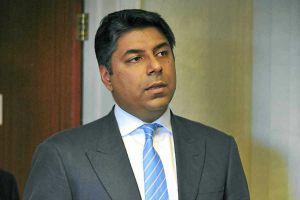 “For the past year, I have been undertaking discussions with Tommy Robinson and more recently with the leadership of the EDL to prevent further inter-communal tensions and violence.

“I recognised that there was an opportunity to promote better community cohesion between various communities in Dudley and that this may serve as a model for further dispute resolution in other towns and cities.

“The EDL marched in Dudley in February 2015, despite our best efforts to stop this. The march cost UK taxpayers £1m, and there was no way that I wanted this to happen again. I continued my engagement with Tommy Robinson to prevent another march.

“There was an opportunity for me to use my experience as a strategist in Kandahar by getting people to talk face to face and then recount to their communities what was discussed and that a settlement was agreed.

“It’s a shame that it seems Tommy Robinson has been seduced by money to launch this attack on me. He is a convicted fraudster and has a salacious appetite for money, which has seen him snub a real job and opt for the spreading of hatred during his long, one year sting operation.”

Afzal Amin is a former Army captain, and has served in both Iraq and Afghanistan. Also working in the Army’s education service, Amin even taught Princes Harry and William while he was Education Officer. 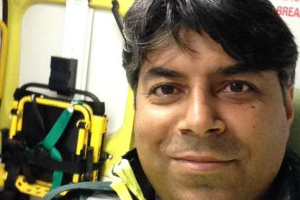 Despite Amin’s pleas of innocence, many Tories are unsure of Amin’s future career in politics. Defence Minister, Anna Soubry said on BBC One’s The Andrew Marr Show that: “If there’s any truth in this he should fess up, as they say, and go now.”

On the opposition side, current Dudley North seat holder, Ian Austin of Labour, said: “This is a shocking story. A really appalling turn of events, but it doesn’t matter who the Tory candidate is because it’s the Conservative Government’s policies that mean 400 staff at Russells Hall Hospital are facing redundancy.”

Labour’s Jonathan Ashworth added: “Decent people in politics share the wide consensus that the EDL are quite simply despicable. These allegations regarding such a senior Conservative Party figure in Afzal Amin are quite simply jaw dropping.”

Amin will now face a full party hearing on Tuesday 24th March 2015, where he will be invited to offer his side of the story. The party will then decide whether to keep him on as a candidate or not.

Images courtesy of The Mail on Sunday