Scotland Votes No to Independence

Voters in Scotland made history after rejecting Alex Salmond’s campaign for Scottish Independence. DESIblitz looks at the reactions of Scottish Asians to the news.

The campaign group ‘Scots Asians For Yes’ were left disappointed on September 19th 2014, after voters opted against Scottish Independence.

A representative for the group, Shab Jaffri told DESIblitz: “Unfortunately it wasn’t the result Yes were looking for.

“However as promised at the outset the Scottish Govt would accept and respect whatever the result would be. Therefore it is in that spirit we must move on, forward together as a united Scotland to achieve what is in the best interests of Scotland and its people.”

‘Yes’ campaigners must now hope promises made to Scotland in the event of a majority ‘No’ vote are upheld: 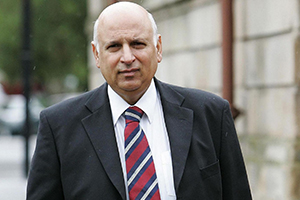 “The unionist parties must now hold good to their promises for extra powers for Scotland. These have to be clearly detailed, explained and fully consulted with the Scottish government,” added Jaffri.

Voters made history after rejecting a campaign to end the 307-year-old British union with England and Wales. 87,739 Scottish residents (53 per cent) voted against independence in a reported turnout of 87 per cent.

The last general election to boast a turnout of over 80 per cent, was the first election following the Second World War in 1951.

Speaking on the impressive turnout, Jaffri said: “With a record high turnout it was clearly evident the referendum had managed to engage society at all levels. That was the unique thing about Yes because it attracted people from all corners of society and political and non political spectrum.

“The referendum will have also impacted on many political parties from here to Scotland.”

Only four councils recorded a majority ‘Yes’ vote. Dundee City being the highest of those, with 57.35 per cent voting in favour of the split.

Prior to the Referendum, former Glasgow MP, Mohammad Sarwar spoke to Scottish voters urging them vote against independence:

Sarwar went on to highlight the importance of the ethnic vote. Speaking to The Independant, Sarwar said: “The vote is too close to call. So ethnic minority vote has become crucial.”

However, the former Labour MP for Glasgow, who gave up his post to become the Governor of Punjab, was criticised by ‘Yes’ campaigners who claimed the debate was ‘not an issue for foreign governments to interfere in’.

The live TV event covered the latest of the historical vote and featured guests including political editor, Peter MacMahon and chair of public policy at Edinburgh University, James Mitchell.

After a long night in the studio, Mir tweeted: “Thanks for watching. Especially if you were new to STV. My feet are sore and my belly is rumbling. Goodnight! #ScotDecides.”

Yesterday, many notable figures commented on their preferred outcome. Asian-Scottish cricket player Majid Haq told his twitter followers he was voting ‘No’: “Off to vote now & have decided to listen to my head ruling over my heart so I’ve decided to vote NO!!” 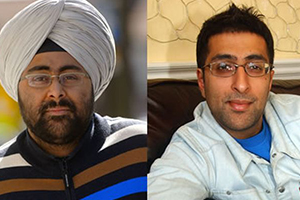 He later compared the outcome of the vote to a cricket match: “Placed my vote as a NO but don’t mind if it is a YES as well!! Feels a bit like in Cricket where you lose the toss of a coin!!”

‘Yes’ campaigner, Hardeep Singh Kohli took positives from the defeat. The writer and broadcaster has been active on Twitter as of late, tweeting and retweeting messages of support to the ‘Yes’ campaign.

Addressing his 27,000 followers today, he said: “The optimism of Yes needs to be channelled into this new political age. Keep hoping. Keep believing. Keep the faith.”

He also called for the Union to make good on their various promises of change: “Better Together won. I believe they want the best for Scotland. I might disagree. But the people have spoken.

“My primary, secondary and every concern are the Scottish people. We must must must work within the current system. What’s fascinating now is that the pressure is off Yes. Let’s see what the Union offers by way of change. For the people of Scotland.”

One user of the social networking site joked the frequent Wright Stuff panellist should consider going into politics officially. Twitter user @dissemblingcub asked: “When are you going into politics, Hardeep?” To which Kohli replied: “Never!”

Hardeep’s brother Sanjeev Kohli took a more light-hearted approach to the situation: “People of Scotland. My advice to you is this. DON’T VOTE WITH YOUR FEET. I did that & I put my stiletto through the polling booth,” he quipped.

The outcome follows a long campaign led by Scottish National Party leader Alex Salmond. Initially an upstream struggle, Salmond’s campaign gained traction and polls prior to the vote showed ‘Yes’ and ‘No’ were neck and neck.

The First Minister has since commented on the result, saying: “It is important to say that our referendum was an agreed and consented process and Scotland has, by a majority, decided not at this stage to become an independent country.

While opinions remain divided even now, Scottish voters have opted against Independence, in one of the most historical moments of its nation’s history. The public hopes however that Scotland can still see the change it seeks in the coming months.

Zak is an English Language and Journalism graduate with a passion for writing. He is an avid gamer, football fan and music critic. His life motto is “Out of many, one people.”
NUS reveals Sexual Harassment at University
Winners of the Asian Achievers Awards 2014