“This night is symbolic that art has no boundaries"

The event was held at Dubai’s Meydan on October 28, 2021, and it was a celebration of all things Bollywood, Arabic and Pakistani.

The event saw Indian and Pakistani stars enjoying the evening together.

This is something that is still not possible in India or Pakistan due to the ongoing political tensions between both countries.

It was hosted by actor Maniesh Paul and it marked the first big entertainment event for Eastern celebrities since the Covid-19 pandemic erupted.

More than 40 awards were handed out to stars of Bollywood, Pakistani and Arabic cinema.

Celebrities such as Mahira Khan, Sajal Aly and Mohamed Ramadan among others attended the event.

“This night is symbolic that art has no boundaries or knows no nationalities.

“I am looking forward to see all the actors from Bollywood, Pakistan, and Arab cinema come together.”

Fashion designer Manish Malhotra explained that the idea of being part of an event where cinema was being celebrated had become rare.

He said: “More than the red carpet, I have missed such occasions where we celebrate cinema with so many people coming together under one roof.

“I love being in my absolutely favourite city Dubai too. I have enjoyed such a long collaboration with them.” 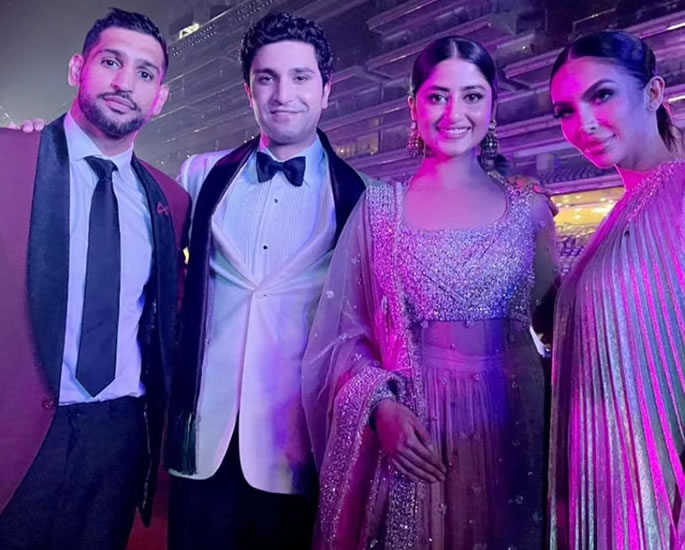 Sajal Aly was honoured on the night and she expressed her gratitude at attending a glamorous awards night of such scale after so long.

She was dressed in a nude-coloured glittering skirt and top.

Sajal stated that she was happy to celebrate the top talents from other countries as well as Pakistan.

Boxer Amir Khan was also at the event and meeting various stars.

The former world champion attended with his wife Faryal Makhdoom.

Amir wore a burgundy suit jacket with black trousers while his influencer opted for a floaty, shimmering gown.

The pair were pictured with Sajal and Ahad Raza Mir, another award winner and Sajal’s husband.

Amir also shared a picture with Mahira Khan, who accepted an award on behalf of Humayun Saeed.

The Pakistani actress also gave a speech in which she emphasised that art transcends borders. 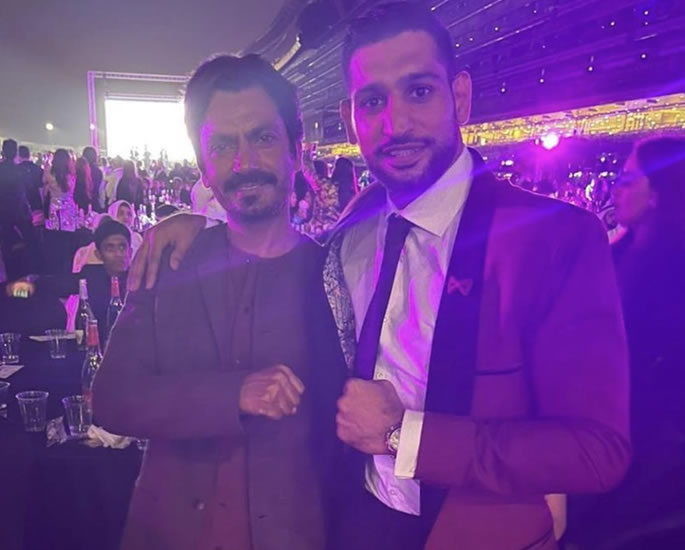 Other celebrities at the event included Ejaz Aslam and Faysal Quraishi.

Dhiren is a journalism graduate with a passion for gaming, watching films and sports. He also enjoys cooking from time to time. His motto is to “Live life one day at a time.”
Indian actor Puneeth Rajkumar passes away at 46
Juhi Chawla Paid for Aryan Khan’s Bond