A NUS survey has revealed the extent of sexual harassment at University as part of a report into ‘lad culture.’ DESIblitz examines the findings and what is being done to prevent this from happening.

"Universities [say] that there is no fear, no intimidation, no problem – well this new research says otherwise.”

The NUS have announced the findings of a new report into sexual harassment at University and ‘lad culture’, in which a quarter of students questioned said that they had faced unwanted sexual advances.

The report, published on September 15th 2014, found that 37 per cent of female students and 12 per cent of men said they had faced unwanted comments about their body and sexual advances.

‘Unwanted sexual advances’ refers to inappropriate touching or groping, which legally constitutes as sexual assault in the UK.

Two thirds of students had also heard rape or sexual assault jokes made within their university campus.

51 per cent of women and 33 per cent of men have seen sexualised images of women around campus which make them feel uncomfortable. Just under a third of participants reported gender based verbal harassment. 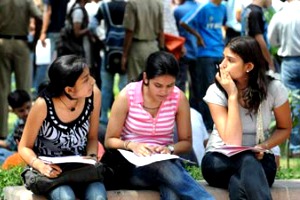 Worst of all, 60 per cent questioned were unaware of any regulations that their university or students union may have in place to protect students from sexual harassment and how to report incidents of this kind of behaviour.

The findings have been taken from an online survey conducted between August and September 2014.

The NUS had conducted the survey after their previous report, That’s What She Said highlighted ‘Lad Culture’ as a major issue faced by students in the UK.

‘Lad culture’ is defined by the NUS as: “Behaviours and attitudes that … belittle, dismiss, joke about or even seem to condone rape and sexual assault.”

It frequently attempts to encourage and normalise of sexism, sexual assault and advances, with sites such as ‘the LAD Bible’ on Facebook and other social media channels labelling shocking behaviour as ‘banter’.

However, recent findings have proved that this ‘banter’ is far from amusing, and Universities have struggled to address the problem, and NUS president Toni Pearce has told Universities to ‘stop passing the buck’ and address these issues seriously.

She explains: “These stats show that harassment is rife on campus, but we still we keep hearing from universities that there is no fear, no intimidation, no problem – well this new research says otherwise.”

“Sadly, all of these elements exist in campus life, we know because we hear it from students.”

The NUS has recently launched a pilot scheme within a number of unions to assess the extent of the problem, and how the problem can be tackled. 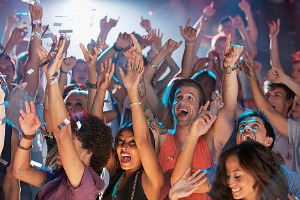 “It is worth mentioning that one category of such experiences ‘inappropriate touching and groping’ actually constitutes sexual assault under UK law. Though many students would not label it as such, this normalisation and lack of awareness is a major part of the problem.”

“Where students require support, there are a variety of services on hand to listen to students including welfare officers, advice centres and university counselling services.”

“If alleged criminal behaviour is involved, all universities would support any students reporting such incidents to the police.”

“It is important to remember that this is an issue for society generally, not just one confined to university students.”

But few are aware of such services, and University students in particular suffer from ‘Lad Culture’ because it is made to seem as part of the student experience.

With many students around the country starting University this week, this report poses a worrying question about their safety.

Whether Universities will take action upon the findings of this report to safe guard its students remains to be seen.

Rachael is a Classical Civilisation graduate who loves to write, travel and enjoy the arts. She aspires to experience as many different cultures as she can. Her motto is: “Worry is a misuse of imagination.”
5 Inspiring Asian TED Talks
Scotland Votes No to Independence