Leela Soma is a celebrated author, poet and performer based in Glasgow. Speaking to DESIblitz, she discusses her influences and new publication “Boxed In”.

"Believe in yourself, and keep writing. Our stories have to be told."

Living in Glasgow has given Leela a fantastic perspective of her surroundings. Leela relentlessly explores the vibrant culture of her Scottish inherited home. Using this, she is able to offer insightful comparisons to her rich Indian heritage.

Despite now being a Scottish national, Leela always remembers her roots fondly: “I was born in Madras, now Chennai, the biggest city in South India,” she says. An arts, film and cultural hub outside of Mumbai, Chennai is well-renowned for music and dance.

Leela is a Diaspora writer. She has the unique ability as an author to combine two opposing worlds into one unified story. She has always had a way with words, and that is no surprise given her fortunate upbringing: 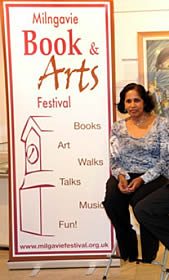 “I was always surrounded by books, my grandfather and father were lawyers, so books were in abundance. Scribbling little stories as a child was a habit and it felt quite natural,” she remembers.

Coming from a highly literate family, Leela and her siblings attended convent and English medium schools in India. She later completed her graduate and postgraduate degrees at university.

“My parents held education, music and morals to be the most important part of our lives,” Leela continues.

Her sudden move to Glasgow came after she was married. It was here where she began her new life as a Scottish national. Without a doubt, the move brought a huge shift to Leela’s proverbial reality. But it has notably brought new creativity into her writing, becoming the inspiration for all her future literature:

“I taught for thirty years at a high school in Glasgow, and became a Principal Teacher. I took early retirement to indulge in my love of writing.” 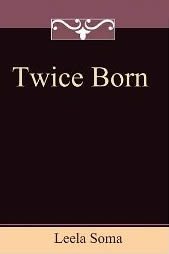 Her first novel, Twice Born, follows a similar Diaspora journey and appears, on the surface, to be the most autobiographical. It follows a newly married Sita moving away from the home-grown comforts of Madras to the harsh cold of Glasgow.

In the book, however, Sita feels unsuited to her new husband. Her vivacity and thirst for travel, culture and the unknown jars with his almost military order. She eventually finds love and connection with Neil, a native Scotsman.

“This novel is totally fictitious, but based on experiences of all my Indo-Scot friends who had arrived in Glasgow around the 1970s,” says Leela. “The cross-cultural barriers were added on to make the novel more interesting.”

Leela won the Margaret Thomson Davis Trophy for Best New Writer 2007 for Twice Born before it was even published.

Thwarted identity is a common theme in Leela’s writing. A sense of place and belonging are also integral to her stories. For Sita, identity is solidified through love and connection to others, something that she is continually searching for. 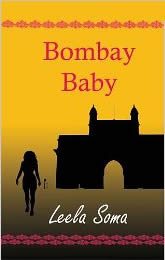 Her second novel, Bombay Baby is no exception to this. The main protagonist, Tina has no understanding of who she really is. Born via IVF to white Welsh parents, she is always yearning to belong. This leads her to embark on a journey to find her biological Indian mother. On the way, she uncovers more than she bargained for.

“This story emerged from a photograph in the Times Newspaper,” explains Leela. “It was a young Indian baby born to Welsh parents by embryo transfer. The child’s face made me wonder how she would feel when she is older, about her origins. I was busy writing my first novel ‘Twice Born’ then, but that image kept coming back to me, so I did research on the subject. Two years later, I wrote the novel.”

Her new publication is a collection of short stories, published in February 2013. Entitled Boxed In, it follows the experiences of three Indian women living in Glasgow.

“‘Boxed In’ story was commissioned by Glasgow Woman’s Library for their 21st Birthday celebrations. I was one of 21 authors selected for this project. It was written using the sources within the library,” Leela says.

The Glasgow Women’s Library celebrates female creativity. It highlights 21 artists and 21 writers who have revolutionised their subject matter.

“The other two stories, ‘Twisted Ends’ and ‘Broken China’, were written earlier and seemed fit for this collection as they showed the vulnerability of women across, all ages and class,” Leela explains.

Of course, in her writing, Leela draws much inspiration from people, events and her adopted surroundings. She uses Scotland and India as a background on which to paint a colourful picture:

“Stories come when you least expect, from an incident, a memory or even a photograph. The most important thing is that the story makes you want to put pen to paper, the characters form in your head and then the novel takes shape.” 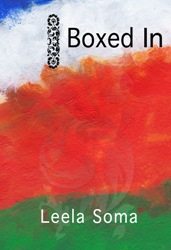 Leela is one of the first Asian writers to produce literature out of Scotland. She uses other notable British Asian authors as a source of inspiration. V. S. Naipaul, Salman Rushdie, Amitav Ghosh, and Jhumpa Lahiri are some of her favourites.

Being a Scottish Asian writer gives her a distinct edge over these other authors. She is able to incorporate yet another layer of cultural perspective onto her writing:

“I have only lived in Glasgow all my life, so I do not have any first-hand experience, or knowledge of the literary scenes in London or Birmingham. The writer’s world is extremely welcoming and vibrant in Glasgow.”

“Scotland is now my adopted home,” she admits. “I have lived longer here and feel that I have been enriched by the Scottish heritage of Scott, Burns and contemporary writers. One of the scenes in Twice Born is written entirely in Glasgow dialect.”

Leela is now working on her third novel. Her advice to all other budding Asian writers: “Believe in yourself, and keep writing. Our stories have to be told.”

Twice Born, Bombay Baby and Boxed In are all available to buy or download from Amazon and Kindle.

Aisha an English literature graduate, is a keen editorial writer. She adores reading, theatre, and anything arts related. She is a creative soul and is always reinventing herself. Her motto is: “Life is too short, so eat dessert first!”
The Mists of Simla by Balraj Khanna
Tamasha Theatre Company presents Snookered