A leading human trafficking expert has spoken out about slavery in Scotland. DESIblitz finds out about the victims of these terrible crimes and what is being done to stop the gangs responsible.

In Scotland alone, there were 36 cases of slavery uncovered from January to March this year.

Leading human trafficking expert, Jim Laird, has revealed that slavery in Scotland is a larger problem than many may realise.

Laird claims that Asian and European gangs have forced hundreds into slavery by bringing victims into the country on the promise of work. The victims are then stripped of their travel documents and enslaved upon entry.

“This makes it much more difficult for law enforcement agencies to keep track of things and demonstrates the level of organisation and determination of those involved in trafficking.

“The Scottish Government are bringing forward a Bill on human trafficking and we will be seeking to ensure that this new development is included.” 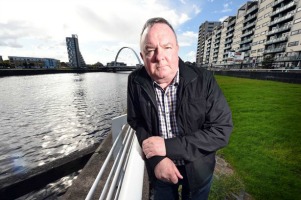 1,746 cases of slavery were reported in the UK in 2013, which was a 47 per cent increase from 2012. Slavery includes domestic servitude, sexual exploitation, criminal exploitation and labour exploitation.

In Scotland alone, there were 36 cases of slavery uncovered from January to March in 2014. Of this number, 12 were working in forced labour, 3 in domestic servitude, and a girl under the age of 15 was forced into the sex industry.

Jim thinks that the figures, which suggest exploitation being more common in other areas of the UK than Scotland this year, are misleading: “The figures don’t tell the whole story. Trafficking is a serious problem but it’s under reported,” he explained.

“We’re seeing an increase in the number of people trafficked from south-east Asia and forced to work as drug farmers.

“Victims from China and Vietnam are brought here to grow cannabis. When the farms are eventually busted, many of them have no idea where they are.”

Recent reports suggest that the nationalities of the victims are most commonly from an Albanian, Slovakian, Nigerian and Vietnamese background.

The news comes a year after it was announced that one victim of human trafficking was found every four days in Scotland. Despite this, in 2013 only 5 convictions had ever been made against human traffickers. 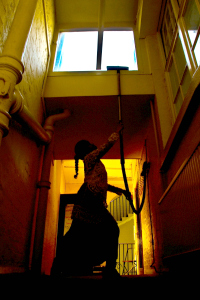 It was also discovered that human trafficking victims were being prosecuted for crimes that they were forced to commit, rather than offered support.

These worrying headlines lead to the UK Modern Slavery Bill being pushed through on the 10th of June 2014, which aimed to target the previously underestimated problem.

This then lead to a new Home Office campaign being launched in August 2014 to raise awareness of slavery using the tagline ‘slavery is closer than you think’ [read our article here]. It aims to urge people to look out for potential cases of slavery, and report it where necessary.

One case study that puts this kind of suffering into context is that of Muhammad.

Originally from Karachi, Pakistan, he was kidnapped age 7 by drug dealers who forced him to sell drugs before selling him to a Pakistani couple in London that kept him as a slave for 6 years.

Muhammad was forced to commit crimes, suffer beatings, and was unable to get help. When in the UK, he was forced to be a live-in servant for the couple, and attend their every need 24 hours a day.

It wasn’t until he complained to the wife about her husband’s attempted sexual assault upon him that they dismissed him, by taking him to Edinburgh, and leaving him on a bench. Muhammad was finally able to get help by going to a local mosque and being put in touch with the UK border agency.

It is hoped the new campaign and Scottish Bill will lessen the number of cases and suffering of victims.

Rachael is a Classical Civilisation graduate who loves to write, travel and enjoy the arts. She aspires to experience as many different cultures as she can. Her motto is: “Worry is a misuse of imagination.”
Curriculum made Tougher for School Children
Cuts to English Lessons let down Migrants