Curriculum made Tougher for School Children

Children in the UK now face a tougher curriculum change. DESIblitz asks parents and students whether they think this is helping or hindering children’s learning.

Is it putting unnecessary pressure on children from a young age?

Children across the UK return to schools in September 2014, and those aged 5-14 will begin to learn a harder curriculum.

Some of the new changes include teaching fractions and computer coding to five year olds.

The Government has said that it wants: “All children to learn the core knowledge in key subjects – the ones universities and employers value the most.”

The curriculum overhaul comes after a survey from the Association of Teachers revealed that two thirds of teachers do not feel ready for the changes to be implemented in schools. 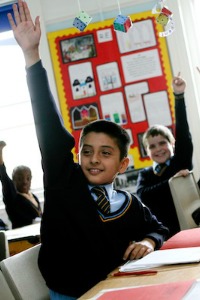 An additional survey suggested that over half of parents were unaware that there was a curriculum shake up at all.

The Department for Education has said: “We are confident that all the reforms can be implemented within our planned time frame.”

They say they are eager to prepare children for: “Life in modern Britain.”

Some of the most notable changes include making 11-14 year olds learn at least two Shakespeare plays, teaching children 3D printing and robotics, as well as expecting children to create and debug computer programmes by the age of seven.

There will also be a higher emphasis placed on British history from the Stone Age to the Normans.

But will these changes give children a more rounded education, or is it putting unnecessary pressure on children from a young age?

We asked British Asian parents and students what they thought about these changes.

Narinder, mother of four, thinks that the new curriculum is a good thing because it will make children ‘work harder’, and concentrate more. 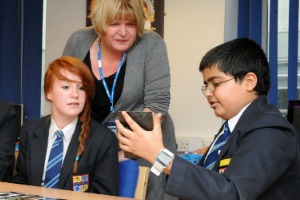 Kulwinder, a mother of two boys, explained that her four year old is soon to be starting school. “[I think the changes are] a good idea, but will five year olds be able to understand?”

“Knowing my son, he’s still young… will he be able to cope with it? It’s really difficult for a five year old.”

Her other son Jaskaran is 11, and is soon to start secondary school. After hearing what he would be expected to learn robotics, she said that: “It depends what the children are into, because if they have no interest in it they aren’t going to want to learn it.”

Jaskaran said: “I feel like I’d need to concentrate more because it is harder to learn. With Shakespeare, you would have to be able to remember lines, that’s not easy.”

Finally, we asked Gurdeep, 15, whether he thought the education he has had until now had prepared him for life. He said: “Not really, because I won’t need to know how to form quadratic equations when I’m thirty!”

The results of these changes are unlikely to be known until student exams and assessments at the end of the school year.

Rachael is a Classical Civilisation graduate who loves to write, travel and enjoy the arts. She aspires to experience as many different cultures as she can. Her motto is: “Worry is a misuse of imagination.”
Do Scottish Asians want Independence?
Scotland used by Gangs for Trafficking Slaves