Asians are Scotland’s biggest ethnic minority, and a big part of the electorate. Leading up to the Scottish referendum on independence on September 28th 2014, DESIblitz asks what Scottish Asians really think of independence.

"People are divided on the issue and there is certainly a lot of votes still up for grabs."

The Scottish Independence Referendum is set to be held on September 18th, 2014, and the outcome of it still looks to be very much in the balance.

As well as the wider community throughout Scotland debating whether the answer to independence should be ‘yes’ or ‘no’, the Asian section of this community is becoming increasingly active.

Asians and those of Desi descent account for 4 per cent of the population of Scotland, and they are also the largest ethnic minority group in the country.

With a total of 140, 000 people of Asian origin living in Scotland, they form a large part of the electorate that will make the decision on independence in September 2014.

The most recent poll, conducted by Panelbase, indicated that the Yes campaign would only need another 2 per cent of votes to clinch a victory, so these voters could be key in deciding whether the UK stays together or not.

Both the Yes and No campaigns have Scottish Asian contingents which are reaching out to ethnic voters through street stalls, multimedia campaigning and also talking to the public at multicultural festivals around the country. 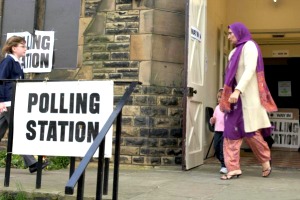 A poll in February 2014 by Scotland’s biggest Asian radio station, Awaz FM, found that 64 per cent of listeners would vote Yes, and 32 per cent would vote No.

It is thought that many Scottish Asians may be moving towards a Yes vote because they see Scotland as a more inclusive society than the UK as a whole.

This feeling has been increasing since the UK Conservative and Liberal Democrat coalition began a campaign of tougher rhetoric on immigration, and emphasising the importance of ‘British values’ which might exclude ethnic minorities.

This view was echoed by lawyer Tasmina Ahmed-Sheikh, who is an advisory board member to Yes Scotland, and also a member of Scots Asians For Yes.

She said that the ‘extreme right-wing rhetoric’ from south of the border was influencing many to turn away from the Better Together campaign and plan to vote No.

She said: “I think the feeling amongst immigrants, many of whom will have come from nations with a history of instability, is that if you have a chance, a real chance, to grasp independence in a clean, peaceful way, why wouldn’t you? 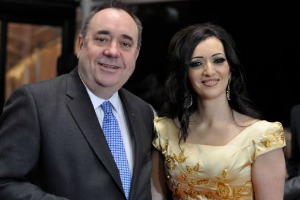 “People come here to make a better life for themselves, and now they have a real chance to take a positive choice themselves to make life better for their Scottish-born children.”

However, it is interesting to note that for many older Scottish Asians who are also Sikh, their experiences or knowledge of Indian partition means they are more likely to vote No to independence.

Navpreet Kaur, a Sikh Scottish voter, spoke to the BBC on 17th August 2014, and echoed this opinion, saying:

“There was a Hindu state and a Muslim state, and the Sikhs were left with no rights and they gained nothing and lost a lot, so this might have negative connotations for them in terms of their vote.”

On March 9, 2014 the Scottish Asian debate on independence reached out to the community and younger voters at a debating event organised by the Federation of Student Islamic Societies (FOSIS).

The organiser of this event, Anum Qaisar, who is student affairs representative for FOSIS, shared the concerns expressed by Kaur and others: “For me, it is the basic concept that I think countries should be building bridges and not borders,” she said. 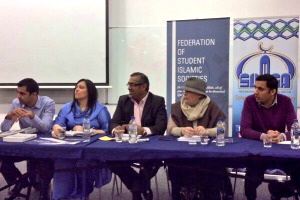 Interestingly, despite these worries Qaisar has decided to vote yes, in the hope that an inclusive community can still be maintained throughout the UK as a whole.

In the run-up to the referendum on September 18, it is clear that the debate about independence within Scotland’s Desi population is far from resolved.

Dr Timothy Peace, who is a postdoctoral fellow at Edinburgh University, specialising in research on British Muslims and political participation, emphasised the complexity of the issue.

He said: “The feeling I get from speaking to people is people are divided on the issue and there is certainly a lot of votes still up for grabs.”

What is certain however is that the Scottish Asian vote will play an important role in the independence referendum, and therefore the future of Scotland.

The blogger and community campaigner Talat Yaqoob, who is a supporter of the Better Together campaign, stressed that this was an opportunity for Scots of Desi origin to decide their country’s future. She said:

“One of the aspects that is most important to me in this referendum is ensuring a diverse set of voices is being heard and Scotland is truly represented at the polls.”

Though there is no consensus throughout the Scottish Asian population about whether the answer on 18th September 2014 should be Yes or No, this vote will provide a chance for this ethnic minority to really influence the country they have made their home.

The high level of engagement from Scottish Asian organisations indicates that this opportunity is being fully grasped by Desi Scots.

So, whatever the outcome of the September independence referendum, we can be certain that the Scottish Asian community wil have a big impact on the final verdict.

What should Scottish Asians vote?

Eleanor is an English undergraduate, who enjoys reading, writing and anything media related. Aside from journalism, she is also passionate about music and believes in the motto: “When you love what you do, you’ll never work another day in your life.”
Seema Malhotra new Shadow Secretary for Women
Curriculum made Tougher for School Children