"Freedom does not come without a cost"

India is celebrating 75 years of its Independence today on August 15, 2022.

People mark this day by singing patriotic songs, cultural parades get organised around the country, and the Prime Minister addresses the nation from the Red Fort.

This year, the Indian government has kickstarted the ‘Har Ghar Tiranga’ initiative.

Amid this, many Bollywood stars brought home the Indian tricolour and displayed it in front of their homes, including Shah Rukh Khan, Salman Khan, Sanjay Dutt, Sidharth Malhotra, Akshay Kumar, and many more.

Former Miss Universe Sushmita Sen posted a picture of the Indian flag on her Instagram page and wrote: “Happy 75th Independence Day to our Motherland India! I rise in respect and kneel in her honour.”

Preity Zinta shared a carousel of pictures with her Instagram followers. The first was a selfie with the Indian flag, the second and third featured her twins Jai and Gia.

Alongside the pictures, Preity wrote: “Happy Independence Day to my fellow Indians all over the world from the three of us.”

They also added that their heart swells with pride marking 75 years of Independence.

Karan captioned his post: “My heart swells with pride as I say Happy Independence Day India! May we continue to soar as a nation together, hand in hand and shoulder to shoulder. Jai hind.”

Shah Rukh Khan, Gauri Khan and their kids hoisted the Indian flag at their home to celebrate Independence Day.

The Bollywood superstar posted a video on his Instagram page and wrote: “Teaching the young ones at home the essence and sacrifice of our Freedom Fighters for our country India, will still take a few more sittings.

“But getting the flag hoisted by the little one made us all feel the pride, love and happiness instantly.”

Neetu Kapoor marked the special occasion by posting a picture of her daughter, Riddhima Kapoor, holding the national flag on their balcony and captioned it:

Salman Khan celebrated Independence Day by posting a picture of himself holding the Indian tricolour. 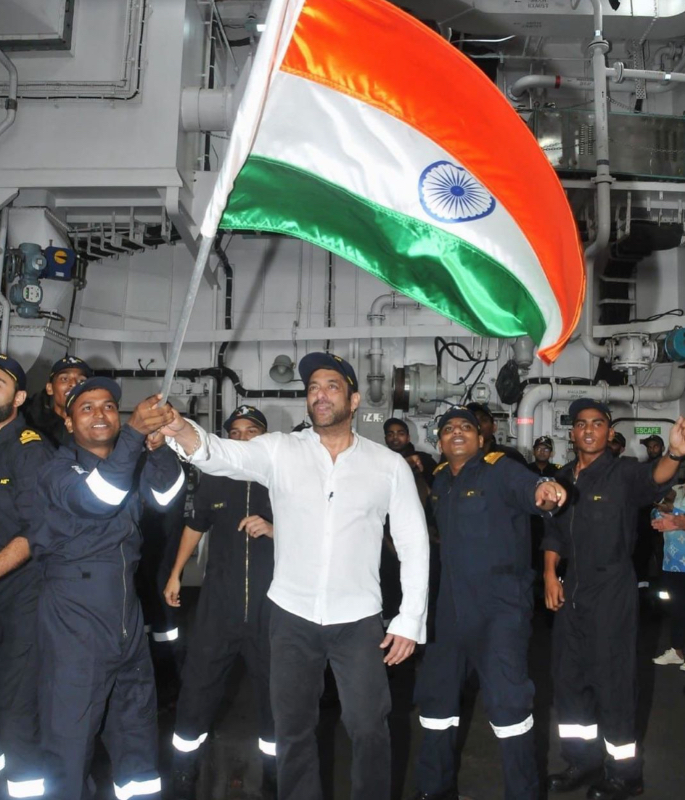 Anushka Sharma shared a picture of her and her husband cricketer Virat Kohli standing against the Indian flag. 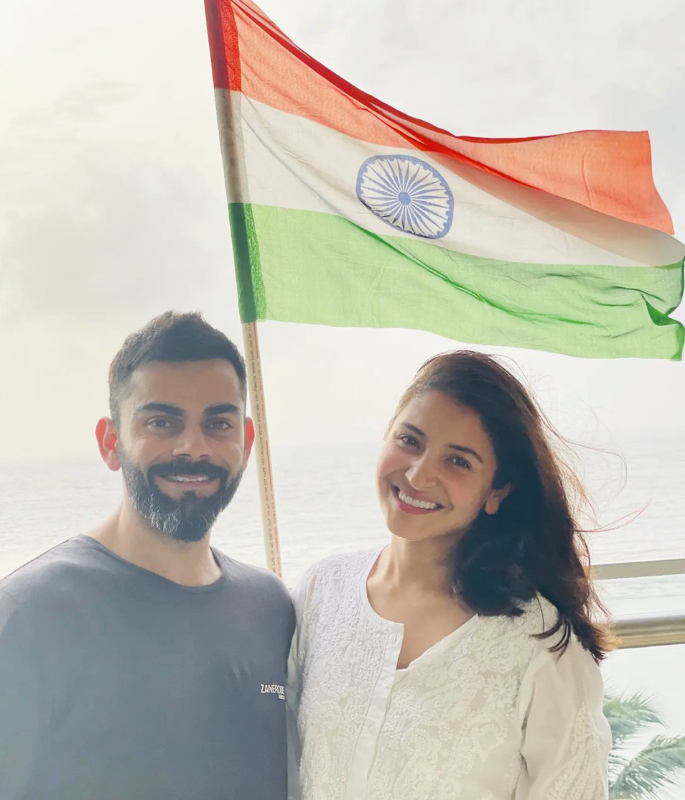 In the caption of her Instagram post, she wrote: “Celebrating 75 years of our independence Wishing all the Indians around the world a very Happy Independence Day. Jai Hind.”

Urvashi Rautela also shared a series of photos and videos on Instagram in which she wore the Tricolour Bangles and swayed the Indian flag.

Alongside the pictures, Urvashi wrote: “The concept of India shouldn’t be divided for whatever reason.

“Freedom does not come without a cost, and ours did not either. Let’s not forget the killings and violence this wonderful country has seen in the past.

“Today is a day to be proud of belonging to this wonderful country.”