It has been 69 years since India and Pakistan gained their independence. DESIblitz takes a look at their national celebrations and those around the world.

“Greetings & good wishes to the people of Pakistan on their Independence Day.”

At the same time, Pakistan was born.

1947 may have different meanings for either country, but every August 14 and 15 witness patriotic and joyful celebrations on both sides of the border.

Face paint, national flags, colourful fireworks and parades are among a handful of events held across the two nations in honour of the all-important occasion.

We take a look at how India and Pakistan celebrate the 69th Independence Day in 2015. 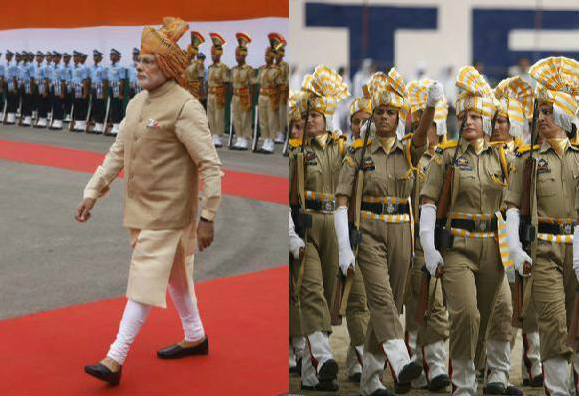 Like 2014, Prime Minister Narendra Modi addressed the nation at the Red Fort in Delhi on August 15, 2015.

Instead of making reference to ‘Make in India’, his second Independence Day speech introduced ‘Team India’.

He said: “This is Team India, a team of 125 crore Indians. This is the team that makes our nation and take our nation to new heights.”

Modi set an ambitious target to make India a developed nation by 2022 to commemorate its 75th year of independence from the British rule.

He also spoke about various initiatives to improve standard of living, including providing electricity to 18,500 villages and installing separate toilets for girls and boys in schools. 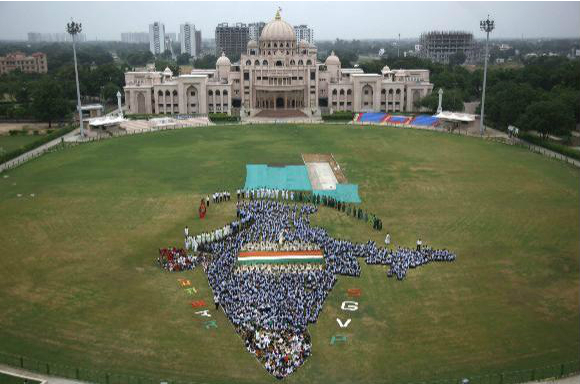 His messages were echoed across other Indian states. For example, in Kerala, Chief Minister Oommen Chandy praised the state’s achievement in technological improvement.

He said: “The state has achieved 100 per cent mobile density, 75 per cent e-literacy, highest digital banking rate and broadband connection up to panchayat level.”

Chandy also announced wi-fi hotspots will be set up, among other measures, as part of the Digital Kerala initiative.

In memory of Dr Abdul Kalam, a program will be launched to give young people in Kerala the opportunity to start their own businesses. 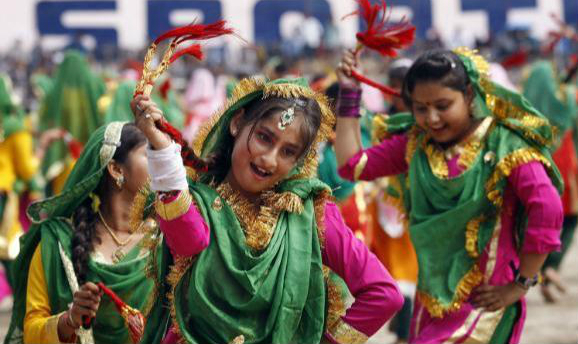 Away from the stage in Red Fort, Indian Twitter users adopted ‘#saluteselfies’ – originally for Armed Forces Day in the UK – to pay respect to the freedom fighters.

Outside India, the celebratory atmosphere was equally fervent. In New York, a huge parade featuring music and cultural performances took place in the heart of Manhattan.

B-town celebs, Arjun Rampal and Parineeti Chopra, joined in the fun, taking their places as the Grand Marshal and the Guest of Honour. 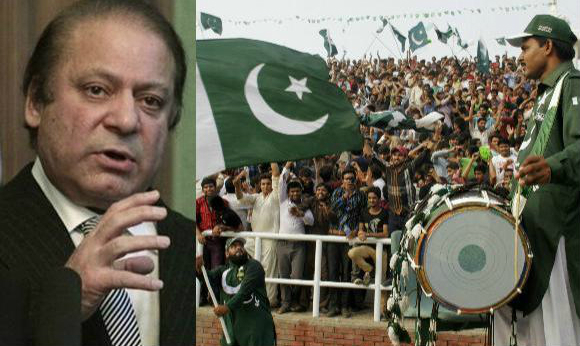 Pakistan celebrated independence one day before India and saw an ocean of white and green descend upon its streets and landmarks.

A crowd gathered around the Mazar-e-Quaid or Mausoleum of Muhammad Ali Jinnah in Karachi to observe a ceremony.

A group of students, carrying a giant national flag, were seen marching through the roads of Karachi.

Patriotic merchandise was everywhere. Some stalls in Quetta started selling them as early as the beginning of August.

One stall owner said: “The people over here, especially children, celebrate Independence Day with a lot of pride.

“The products people buy the most in order to celebrate are hats, flags and badges.”

One of the biggest celebrations of the special day was the Azadi Shopping Weekend, a 4-day celebration event in Dolmen Mall in Karachi.

The shopping mall hosted a midnight parade with a marching band, live performance of the National Anthem by Ali Azmat and a flag-hoisting ceremony. 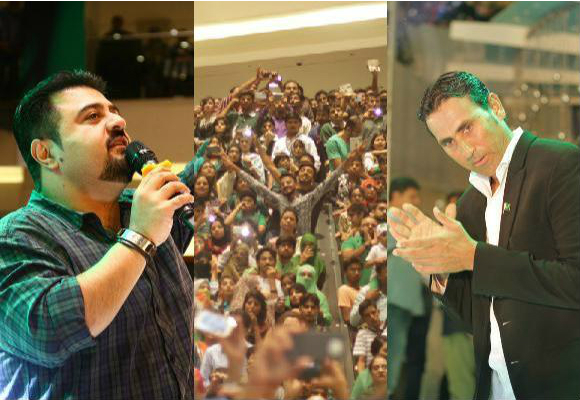 Not only could the public enjoy special shopping discounts, they were graced with the presence of Pakistan’s Special Olympics team, cricketer Younus Khan, actor and host Ahmed Ali Butt and film stars – Urva Hocane and Mohsin Abbas Rizvi.

Adnan Maqbool, General Manager Marketing for Dolmen Malls, said: “We are completely overwhelmed by the tremendous response of our Independence Day celebrations.”

The US Secretary of State, John Kerry, also took the opportunity to send a positive message in a statement.

He said: “The United States joins you in celebrating the anniversary of Pakistan’s independence.

“And we renew our commitment to strengthen our partnership to promote greater peace and prosperity for both of our nations, now and for generations to come.” 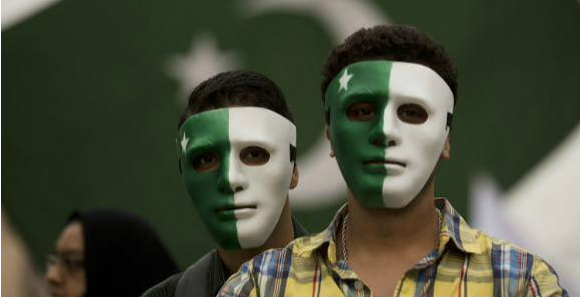 Putting decades of differences aside, many were pleased to see Prime Ministers from both nations exchange friendly messages.

Pakistan’s PM, Nawaz Sharif, said: “I would like to reiterate that promoting friendly, cooperative and good neighbourly relations between our two countries is in our mutual interest and also necessary for peace and prosperity in South Asia.”

Modi had nothing but the same intentions to create a peaceful bond when he tweeted: “Greetings & good wishes to the people of Pakistan on their Independence Day.”