Seema Malhotra has been newly appointed as shadow secretary to prevent violence against women. The news comes at a time when human trafficking and forced marriage dominate headlines.

"The level of violence against women in Britain, and indeed the world, is shocking."

Seema Malhotra has been appointed as the first shadow minister tasked with preventing violence against women.

The Labour MP for Feltham and Heston was appointed to the role by Ed Miliband.

She shall work in partnership with the women’s commissioner to draw up new laws to be implemented if Labour win the next general election.

Seema has been charged to look at ways to prevent sexual violence, genital mutilation, forced marriage, human trafficking and prostitution.

This is a huge step from the party to attempt to end some of the harsh realities that many women in the country are faced with. 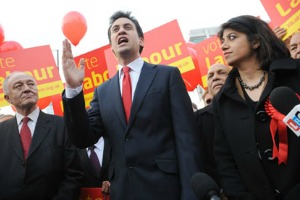 Upon receiving this new role, Seema said: “The level of violence against women in Britain, and indeed the world, is shocking and too little is being done to prevent these crimes, support the victims and bring the perpetrators to justice.”

The statistics match her view, with the charity Rape Crisis reporting that 85,000 women are raped on average in England and Wales every year.

In addition, 400,000 women are sexually assaulted each year, and 1 in 5 women aged 16-59 has experienced some form of sexual violence in their lifetime.

Despite this progress being encouraging, forced marriage is still a huge problem within British-Asian communities.

Human trafficking has also been in the headlines recently, with one man dying at Tilbury Docks after being trapped in a shipping container with 35 other people, including nine women.

Seema promised action to change these horrifying statistics: “I will be looking to change this and look forward to working with Ed and Yvette to make sure a Labour government offers a real alternative to women and children trapped in cycles of violence.” 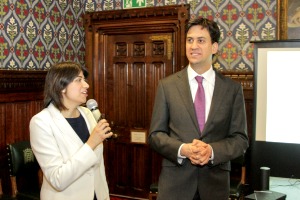 Her party leader, Ed Miliband, said the appointment was: “Another indication of the importance a Labour government will place on tackling violence against women and girls.”

He said: “Yvette has rightly put this at the heart of her vision for the Home Office and I look forward to continuing working with her and Seema to ensure a Labour government can make a real difference to the lives of the victims of these terrible crimes.”

The End Violence Against Women project has been running since 2005, and they have four separate ongoing campaigns aimed at protecting women in the UK and providing them with sufficient support.

Their director, Holly Dustin, said: “”We congratulate Seema Malhotra on her appointment as Labour Shadow Minister for Preventing Violence Against Women and Girls.

“Her focus on preventing violence is particularly welcome and we look forward to working with her. The new role will establish political leadership on this critical issue, at a time when violence and abuse is rarely out of the news.”

It is hoped that this appointment will go some way to tackle the many urgent issues British Women are faced with, and help to change their lives for the better. Seema Malhotra has been appointed with immediate effect and and will begin her new role straight away.

Rachael is a Classical Civilisation graduate who loves to write, travel and enjoy the arts. She aspires to experience as many different cultures as she can. Her motto is: “Worry is a misuse of imagination.”
Pakistani men Sexually Abuse 1,400 Rotherham children
Do Scottish Asians want Independence?