Suella Braverman has been appointed Home Secretary as part of new Prime Minister Liz Truss’ Cabinet. But who is she?

"a massive responsibility on my shoulders."

The 42-year-old was appointed after Priti Patel resigned.

Ms Patel stated that leaving government was “her choice”. She also said that it was “vital” that Ms Truss backed “all aspects” of the policies she had put in place on illegal migration.

“Britain had always been a beacon for freedom and democracy and I have been proud to work with you over the last three years to make that light shine brighter.

“All this has been achieved despite the relentless efforts of our political opponents and left-wing activists, lawyers and campaigners.”

For the first time, none of the “great offices of state” is held by a white man.

Kwasi Kwarteng has been named Chancellor and James Cleverly has been appointed Foreign Secretary.

Meanwhile, Suella Braverman is the new Home Secretary but who is she?

Firmly on the right of the Conservative Party, Ms Braverman was the first MP to announce her bid to become Prime Minister.

But the then-Attorney General was also among the first to be eliminated from the contest.

Ms Braverman called for Boris Johnson to resign as Prime Minister as his Cabinet and Government crumbled before him.

However, she refused to quit her ministerial role in protest as he could not “engender the support of the parliamentary party”.

Although her leadership bid failed, Ms Braverman pledged her support to Liz Truss, insisting she will “stop illegal migration across the Channel” and deliver “ Brexit opportunities”.

Suella Braverman was elected as an MP in the 2015 general election, after failing to beat Labour’s Keith Vaz at the 2005 election for the Leicester East seat. 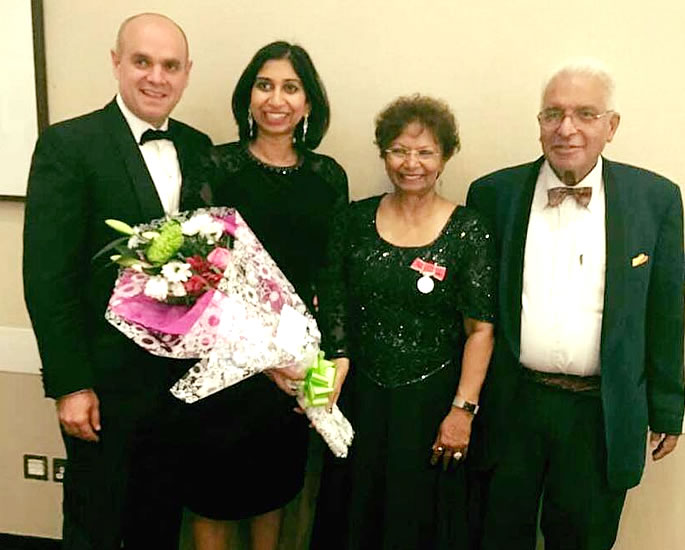 Her political drive apparently came from her mother Uma Fernandes, who was politically active from the moment she emigrated to Britain in the 1960s.

Indian-origin Ms Fernandes came to Britain from Mauritius to study social care at university and eventually became a nurse.

She also served on Brent local council, worked as a councillor for 16 years and tried to stand as an MP twice in 2001 and 2003.

She was so determined to stand that she persuaded her daughter not to put her name forward, telling her: “Let mummy have a chance.”

But it was not always easy, Suella Braverman once revealed that her father lost his job as an insurance broker.

She explained: “He was unemployed for several years and his sense of identity was shattered.

“It really broke him as a man. Mum became the backbone of the family, financially and emotionally, and that was a big epiphany for me.

“I saw her working flat out, all hours – ‘stretched’ doesn’t do justice to it.”

“It struck me when I was 11 that she was killing herself to pay for my education and that felt a massive responsibility on my shoulders.”

The MP for Fareham studied law at the University of Cambridge, before obtaining a masters at the Sorbonne in Paris.

Ms Braverman also qualified as an attorney in New York and was called to the Bar in Britain in 2005, specialising in public law and judicial review.

As a barrister, Ms Braverman has defended the Home Office in immigration cases, the Parole Board in challenges from prisoners, and the Ministry of Defence over injuries sustained in battle. 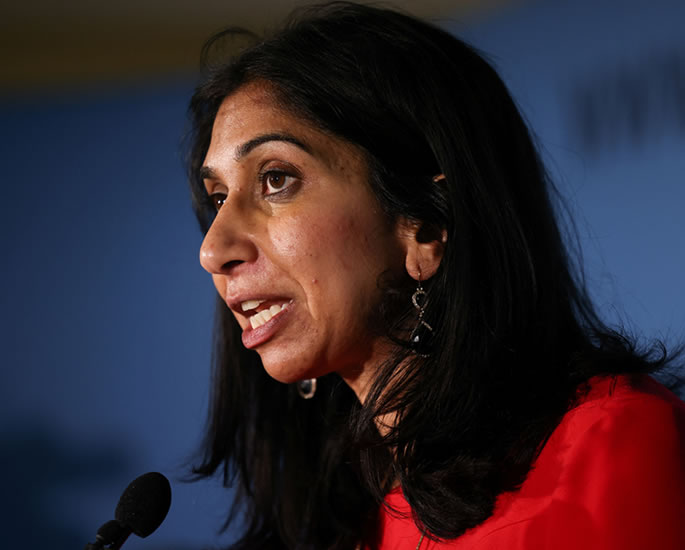 Earlier in 2022, Suella Braverman was criticised for saying she was considering whether to refer the case of four people cleared of tearing down a statue of slave trader Edward Colston to the Court of Appeal.

She attacked the “rights culture” that began under Tony Blair and said schools do not have to use trans children’s preferred pronouns.

As a leadership candidate, Ms Braverman said that “we need to shrink the size of the state” and “get rid of all of this woke rubbish”.

Despite 41% of Universal Credit claimants having a job, she said:

“There are too many people in this country who are of working age, who are of good health and who are choosing to rely on benefits, on taxpayers’ money – on your money, my money – to get by.”

Following her appointment as Home Secretary, the Prime Minister is hoping Ms Braverman will be able to use her legal expertise to break the deadlock in the courts which has so far blocked the removal of any migrants in a scheme which has already cost Britain £120 million.

Dhiren is a journalism graduate with a passion for gaming, watching films and sports. He also enjoys cooking from time to time. His motto is to “Live life one day at a time.”
Sikh Charity Workers Attacked whilst Helping Homeless
Queen Elizabeth II passes away at 96