Queen Elizabeth II passes away at 96

In a statement, Buckingham Palace has announced that Queen Elizabeth II has sadly passed away at the age of 96.

"The Queen died peacefully at Balmoral this afternoon."

Queen Elizabeth II has passed away at Balmoral at the age of 96 after reigning for 70 years.

Her family gathered at her Scottish estate after concerns grew about her health earlier on September 8, 2022.

At 12:30 pm, a statement from Buckingham Palace revealed that doctors were “concerned” for The Queen’s health.

All of The Queen’s children travelled to Balmoral after doctors place her under medical supervision.

Her grandsons, Prince William and Prince Harry, were also there.

But at 6:30 pm, Buckingham Palace announced she has passed away.

A statement read: “The Queen died peacefully at Balmoral this afternoon.

“The King and the Queen Consort will remain at Balmoral this evening and will return to London tomorrow.”

Her eldest son Charles will now lead the country in mourning as the new King and head of state for 14 Commonwealth realms.

He will be known as King Charles III.

Official engagements are to be cancelled and union flags will be flown at half-mast on royal residences, government buildings across the Armed Forces and UK Posts overseas.

Following the announcement, the UK and the world paid their respects.

Buckingham Palace released a statement from Charles which read:

“The death of my beloved Mother, Her Majesty The Queen, is a moment of the greatest sadness for me and all members of my family.

“We mourn profoundly the passing of a cherished Sovereign and a much-loved Mother.

“I know her loss will be deeply felt throughout the country, the Realms and the Commonwealth, and by countless people around the world.

“During this period of mourning and change, my family and I will be comforted and sustained by our knowledge of the respect and deep affection in which The Queen was so widely held.” 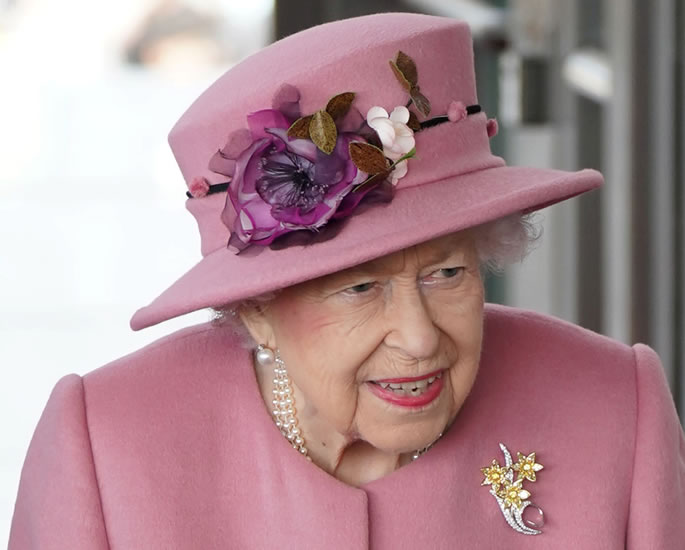 “We are all devastated by the news we have just heard from Balmoral. The death of Her Majesty the Queen is a huge shock to the nation and to the world,’ Ms Truss said.

“Queen Elizabeth II was the rock on which modern Britain was built. Our country has grown and flourished under her reign. Britain is the great country it is today because of her.

“She ascended the throne just after the Second World War. She championed the development of the Commonwealth, to a family of 56 nations spanning every continent of the world.

“Through thick and thin, Queen Elizabeth II provided us with the stability and the strength that we needed.

“She was the very spirit of Great Britain, and that spirit will endure. She has been our longest-ever reigning monarch. It’s an extraordinary achievement to have presided with such dignity and grace for 70 years.

“Her life of service stretched beyond most of our living memories. In return, she was loved and admired by the people in the United Kingdom and all around the world.

“She has been a personal inspiration to me and to many Britons. Her devotion to duty is an example to us all.

“Earlier this week at 96, she remained determined to carry out her duties as she appointed me as her 15th Prime Minister.

“Throughout her life, she has visited more than 100 countries and she has touched the lives of millions around the world.

“In the difficult days ahead we will come together with our friends across the United Kingdom, the Commonwealth and the world to celebrate her extraordinary lifetime of service.

“It is a day of great loss, but Queen Elizabeth II leaves a great legacy. Today the crown passes, as it has done for more than 1,000 years to our new monarch, our new head of state, His Majesty, King Charles III.

“With the King’s family, we mourn the loss of his mother, and as we mourn, we must come together as people to support him to help him bear the awesome responsibility that he now carries for us all.

“We offer him our loyalty and devotion, just as his mother devoted so much to so many for so long.

“And with the passing of the second Elizabethan age, we usher in a new era in the magnificent history of our great country, exactly as Her majesty would have wished, by saying the words: ‘God save the King’.”

“Our hearts and our thoughts go to the family members of the Queen, goes to the people of United Kingdom.

“I don’t want to get ahead of what the President is going to say.”

India’s Prime Minister Narendra Modi shared pictures of his meetings with The Queen from 2015 and 2018.

I had memorable meetings with Her Majesty Queen Elizabeth II during my UK visits in 2015 and 2018. I will never forget her warmth and kindness. During one of the meetings she showed me the handkerchief Mahatma Gandhi gifted her on her wedding. I will always cherish that gesture. pic.twitter.com/3aACbxhLgC

During that time, she witnessed enormous social change.

Her reign spanned 15 Prime Ministers beginning with Winston Churchill, born in 1874, and including Liz Truss, born 101 years later in 1975, and appointed by the Queen earlier this week.

Known for her sense of duty and her devotion to a life of service, The Queen was an important figurehead for the UK, the British Isles,  and the Commonwealth during times of enormous social change.

She saw public and voluntary service as one of the most important elements of her work, and had links with over 600 charities, military associations, professional bodies and public service organisations. These varied from well-established international charities to smaller bodies working in a specialist area or at a local level.

In 1947, she married Prince Philip at Westminster Abbey in a relatively simple ceremony as the country was still recovering from the war.

King George VI wrote to her about his feelings about giving her away:

“I was so proud of you and thrilled at having you so close to me on our long walk in Westminster Abbey, but when I handed your hand to the Archbishop I felt that I had lost something very precious.”

The Queen gave birth to Prince Charles in 1948 and to Princess Anne two years later.

Prince Andrew and Prince Edward – who were born in 1960 and 1964 respectively – were the first children to be born to a reigning monarch since Queen Victoria had her family.

Until his death in 2021, the Duke of Edinburgh was always by The Queen’s side.

She described the Duke as her “constant strength and stay” and in 2017 the couple celebrated their 70th wedding anniversary, the only royal couple to ever reach their platinum anniversary.

Dhiren is a journalism graduate with a passion for gaming, watching films and sports. He also enjoys cooking from time to time. His motto is to “Live life one day at a time.”
Who is new Home Secretary Suella Braverman?
Pakistani Doctor marries Hospital Housekeeper