16 Assets of Queen Elizabeth II that Will Surprise You

These 16 fit-for-royalty possessions of the late Queen Elizabeth II are mind-blowing and emphasise just how wealthy she was.

She owned Henry VIII's armour produced in the 1540s

It’s no surprise that Queen Elizabeth II had a wide range of items in her possession – both expensive and invaluable.

From controversially obtained diamonds to artistic masterpieces, Her Majesty had it all. This is expected given the sovereign’s 70-year reign before her unfortunate passing.

However, Queen Elizabeth had much more than people realise.

Her status allowed her to obtain certain items but others went virtually unnoticed. Many may wonder ‘well, she’s The Queen, she owns everything’. But, that’s not entirely true.

Although, what she did have is much more expensive than owning land or objects. Her catalogue of possessions is limitless.

Whether the new monarch, King Charles III, will inherit all of these things hangs in the balance, but one would expect this to be the case.

So, here are 16 assets Queen Elizabeth II owned that will surprise you.

All the Dolphins in the UK 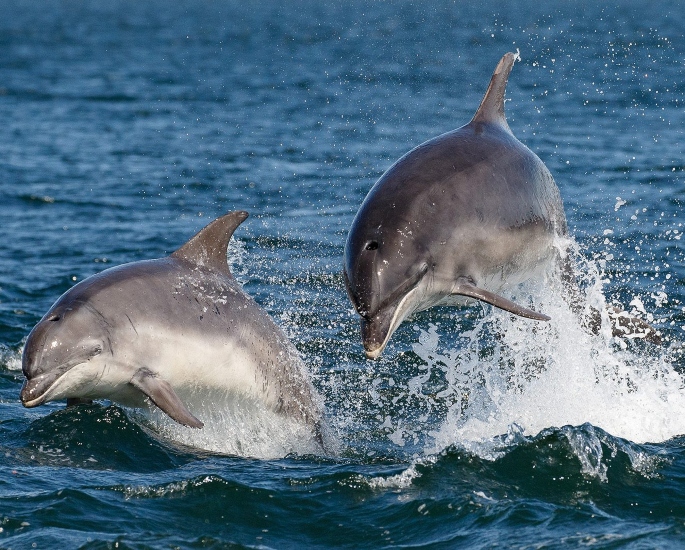 Like all the swans that reside on the River Thames, The Queen also owned all the dolphins in the UK.

She laid claim to much of the country’s aquatic wildlife which also includes sturgeons, porpoises and whales.

It’s a law or rather possession that’s been passed down since 1324 when King Edward II stated:

“The King shall have the wreck of the sea throughout the realm, whales and sturgeons taken in the sea or elsewhere within the realm, except in certain places privileged by the king.”

The Crown also plead for the bulk of Scotland’s sealife but they weren’t successful in that acquisition.

The Tower of London 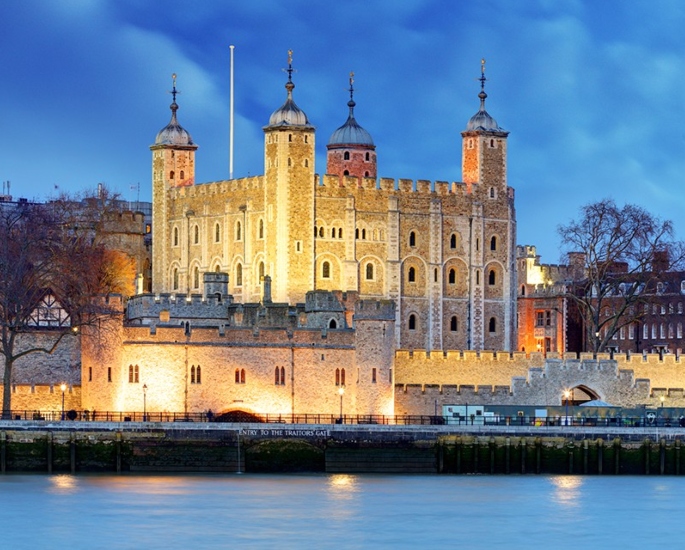 Dating back to the 11th century, the Tower of London is one of the most visited tourist attractions in London.

It played a massive historic role in the royal timeline and was actually used as a prison during the First and Second World Wars.

However, in modern times, many people visit the Tower of London to see classical pieces of British history.

The standout items here are the Crown Jewels and the flock of ravens which draw gasps and gazes from all those that visit.

The Best Seat at Wimbledon 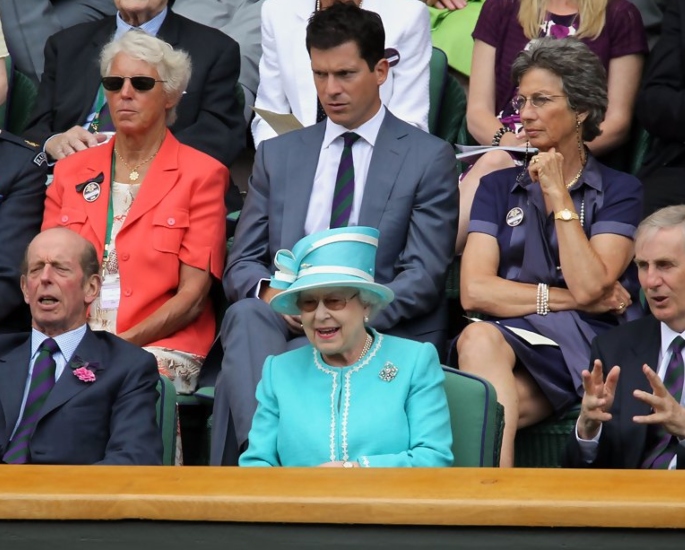 It may be surprising to hear that The Queen only visited Wimbledon four times in her life.

Although she wasn’t a die-hard fan of the sport, her seat is the best one available as it’s located in the Royal Box, just behind the south baseline.

Alexandra Willis for The All England Lawn Tennis Club emphasised the majestic seat by stating:

“There is a view, among those who have attended the royal box, that it is one of the most special experiences in sport.”

Her most surprising appearance was in 2010 when she witnessed Andy Murray play on centre court. It was her first appearance at the tournament in 33 years. 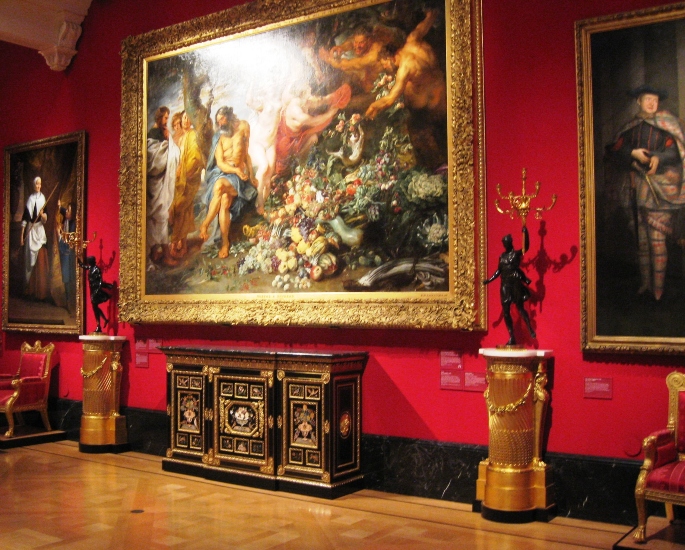 There’s no doubt that Queen Elizabeth II’s art collection is perhaps the most prestigious in the country.

Although she does not personally own the masterpieces, they are still held in her name – but will be passed on to King Charles III.

It also has 150,000 pieces of artwork from some of the greatest painters.

Most of these are spread out between 13 royal residencies, but some are displayed in museums for public viewing. 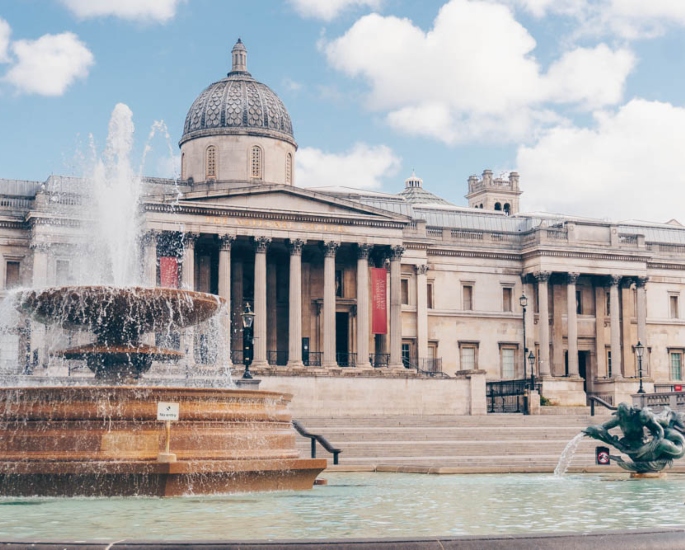 It’s home to the British National Gallery and Nelson’s Column. The latter is an ode to Vice Admiral Horatio Nelson who was victorious in the Battle of Trafalgar.

Originally, the area housed the royal stables and falconry mews, both avid interests of the Royal Family.

In modern society, Trafalgar Square is one of the most visited sites in the capital and is visited by thousands each day. 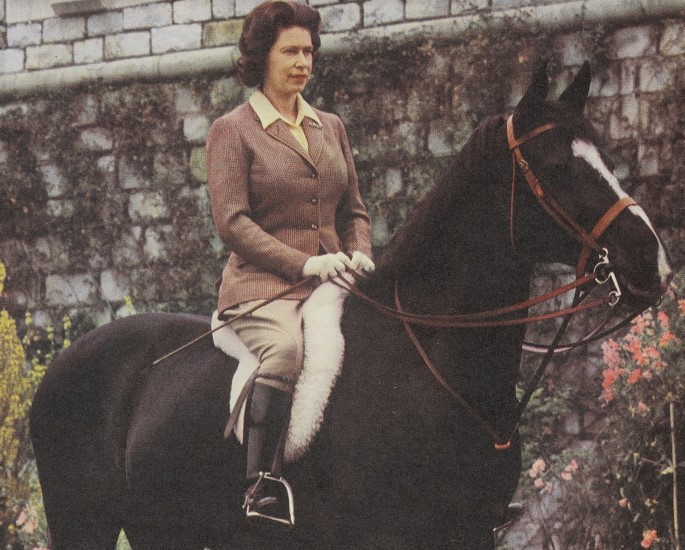 Horses were one of Queen Elizabeth II’s greatest passions. There’s no shock that she enjoyed riding them and also investing in them as well.

Her first victory was in 1949 after Monaveen, a horse she co-owned with her mother, won at Fontwell Park.

She went on to have an impressive record within the sport. Over a span of 35 years, her horses entered 3441 races, winning 566 of them.

It is reported by Forbes that Queen Elizabeth’s racers won her approximately £8.7 million.

2021 was The Queen’s most successful year, winning 36 races out of the 166 she entered – a very high percentage for horse racing. 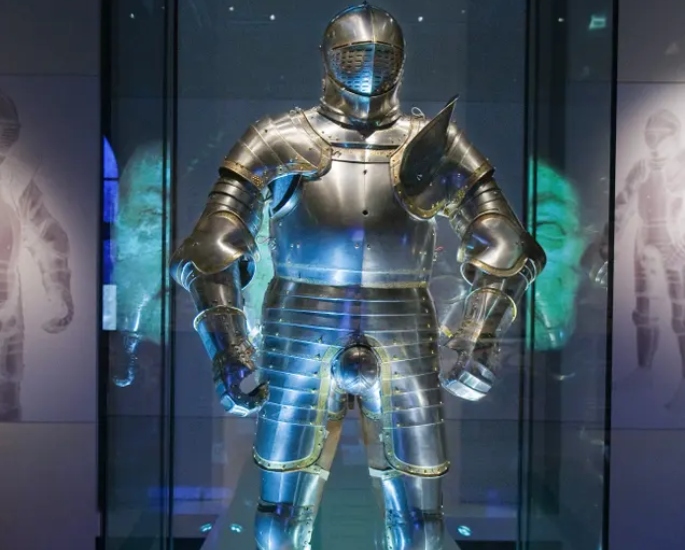 As part of The Royal Collection, a surprising piece of history falls under The Queen’s possession.

She owned Henry VIII’s armour produced in the 1540s and it is one of the more fascinating pieces, thankfully on public view.

Interestingly, the armour was eventually widened by two inches to fit the King’s increasing waistline.

It is the earliest of six surviving armours of the former King when he was much slender. 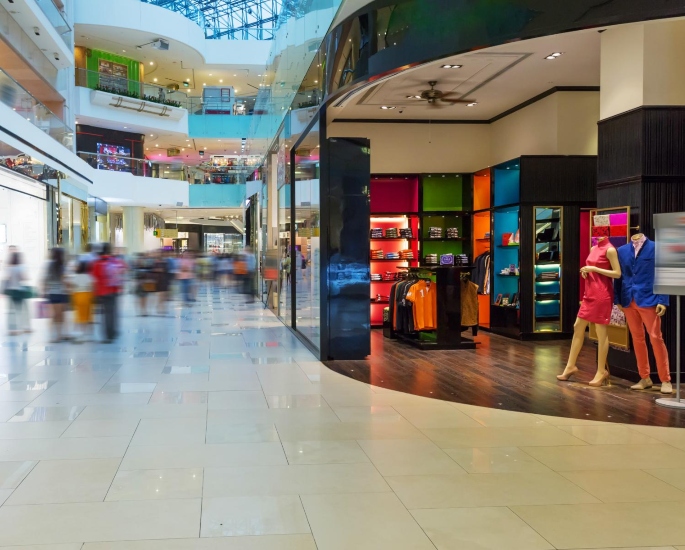 Adding to The Queen’s ownership of British landmarks, she also owns a percentage of real estate across the empire.

She owns or part-owns 14 retail parks and three shopping centres.

The whopping sum of this retail space totals over 4.3 million square feet.

This spans the likes of Derby, Wolverhampton and of course, London.

More than likely, this will be transferred to King Charles III who will take sole possession of these spaces. 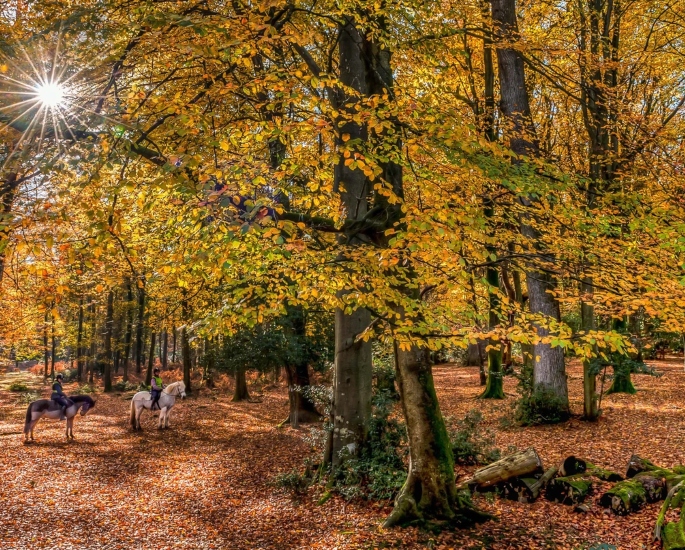 Although The Queen owned and controlled around 25,000 acres of British forests, The Crown itself owns over 250,000 acres of rural land.

The Queen was a massive fan of the countryside and would often visit Scotland to see more of these deserted spaces and be at one with nature.

She would often take horse rides around the forests or drive up to mountain tops as well.

Nearly all of London’s Regent Street 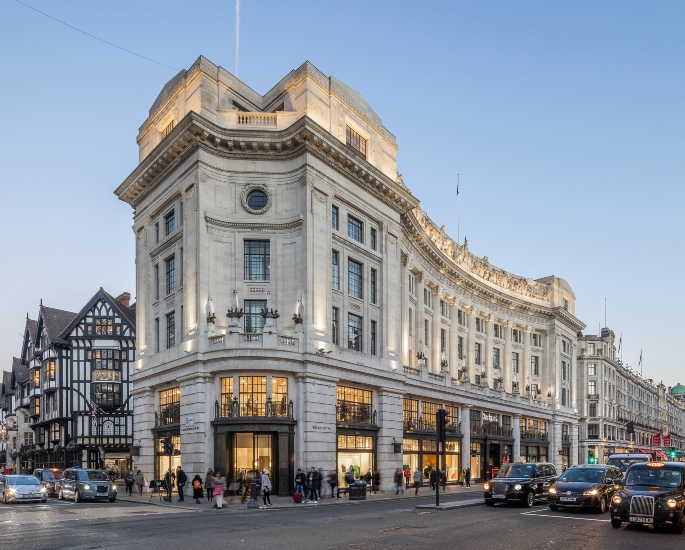 At the heart of London’s West End, Regent Street is one of the most popular destinations in London.

Spanning over a mile, the street goes through Picadilly Circus and Oxford Circus which sees over 8 million visits per year.

The estate – both retail and housing – is worth at least £14 billion according to the German media company, DW.

The ownership will be passed onto King Charles III. However, even though Regent Street is part of the Crown Estate, it does not mean the monarch is entitled to any royalties.

Although, this does not apply to every storefront.

Half of the UK’s Shoreline 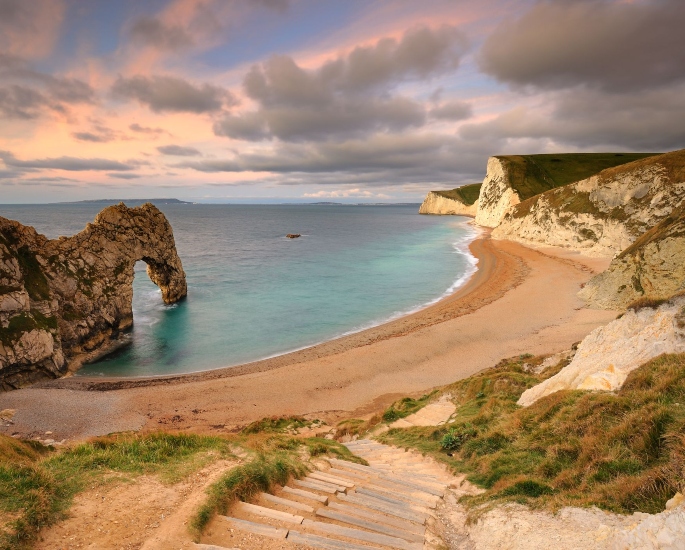 From Grimsby to Cardiff to Northern Ireland, The Queen owned half of the foreshore during her reign.

This possession meant that the Crown Estate could lease certain land or tidal land to companies for a hefty sum.

Such loans could be for harbour infrastructures, marinas, pipelines and outfalls.

Likewise, The Queen was a big advocate for nature preservation. So, The Crown would often license coastal development projects across the land. 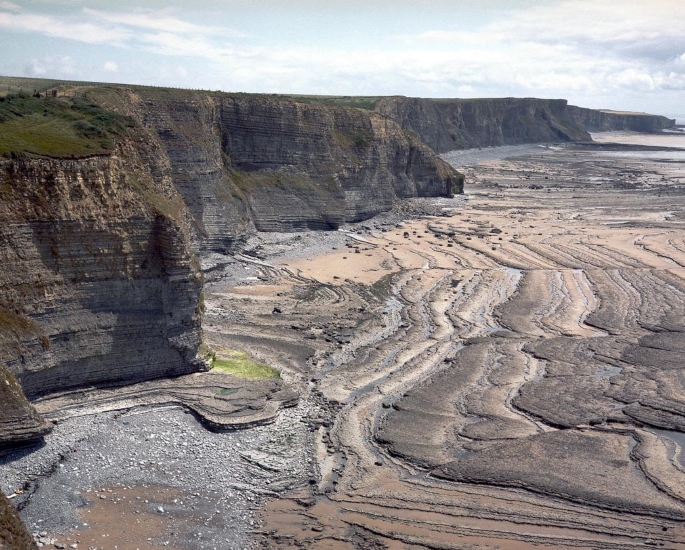 Amazingly, The Queen used to own all of the UK’s territorial seabed which is used for renewable energy.

Whilst her ownership of the coast was pretty much solidified when she was crowned, her right to collect royalties from wind and wave power was granted in 2004.

Her marine domain spanned 200 metres deep around the British Isles reaching halfway across the North Sea and Irish Sea.

The importance of this ownership was crucial.

Royalties for exploiting oil and gas on land and at sea rest with the government. However, leasing wind power is different and has been managed by the Crown Estate since 2000.

This means The Royal Family could use this energy source for profit. 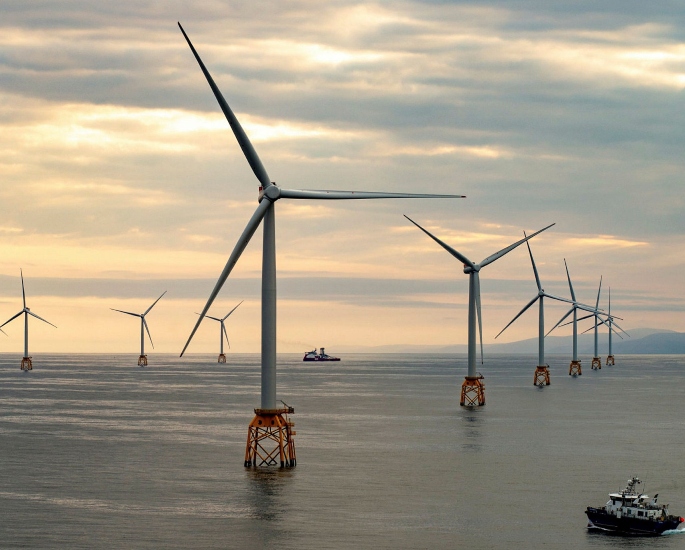 This leads to another surprising possession which is The Queen’s offshore wind farm.

Labelled Thanet Offshore Wind Farm, it is located seven miles off the coast of Kent. It was opened in 2010.

At the time of its opening, it was the largest offshore wind farm in the world.

However, The Crown is involved with a lot of green-energy projects, which King Charles III has now inherited. 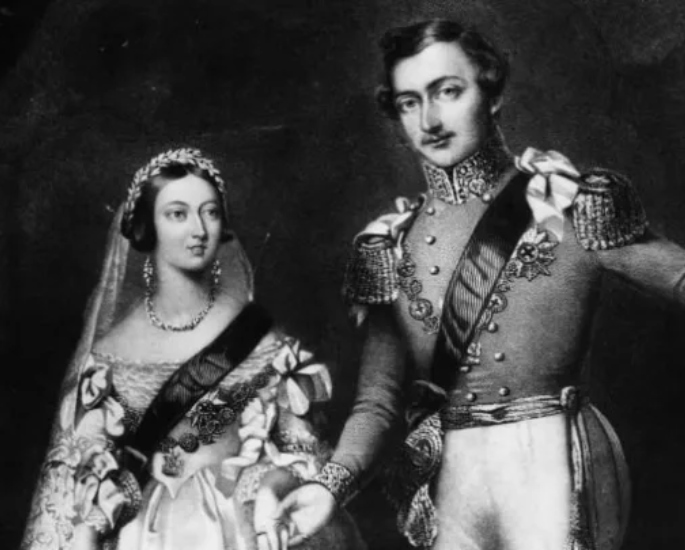 Queen Elizabeth II was Queen Victoria’s great-great-granddaughter, so it makes sense she would have this invaluable artefact.

The former monarch’s sketchbook has seen some of its artwork published, most notably in Marina Warner’s book Queen Victoria’s Sketchbook (1979).

The biography lays bare some terrific paintings as well as texts from Queen Victoria’s journals.

But, having the original scrapbook must have been fantastic for the late monarch to look through and ponder on. 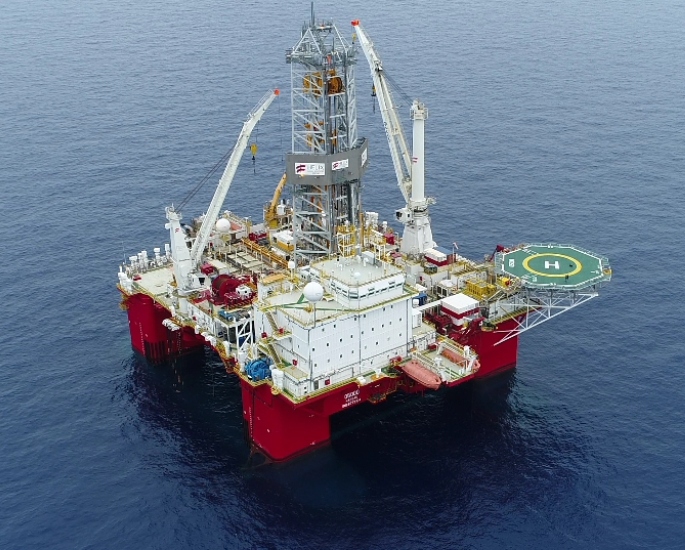 In 1964, the Continental Shelf Act laid out that The Crown could claim some of the UK’s continental shelf.

The Queen’s ownership of the UK’s continental shelf goes up to a distance of 200 nautical miles in some parts.

This bore her the right to subsoil and minerals that lie in the marine.

All of Scotland’s Gold Mines 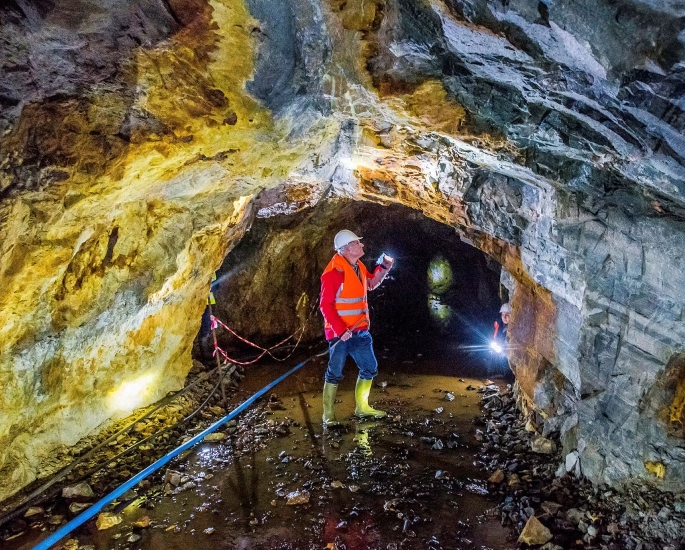 Scotland was one of the favourite destinations of Queen Elizabeth II and other royal figures.

Even at her funeral, Her Majesty wanted bagpipes to signal the end of proceedings in ode of her love for the country.

Her ownership of Scotland’s gold mines is inherited but can signal bad news for random prospectors.

For example, in 2018, an anonymous person discovered Britain’s biggest nugget in a Scottish river – worth up to £56,000.

However, if he did not have permission to remove the gold then it legally and automatically passes to The Crown.

This again will be inherited by King Charles III and can be a worthy asset for future generations.

These surprising assets of Queen Elizabeth II shine a light on the different avenues she was invested in.

Sport, agriculture and nature were all vital components of Her Majesty’s legacy in the UK.

Whilst some of these items come as no surprise, others are quite unique and catch you off guard.