The nephew of Salman Khan, Abdullah Khan has sadly passed away at the young age of 38.

“Will always love you …”

Bollywood actor Salman Khan’s nephew Abdullah Khan has unfortunately passed away on Monday, 30 March 2020 at the age of 38.

Abdullah was Salman Khan’s paternal cousin’s son and together the duo started the initiative, Being Strong.

It aimed to help provide appropriate equipment to fitness enthusiasts.

Allegedly bodybuilder Abdullah Khan passed away at a hospital as a result of a heart-related condition.

It was reported he had been suffering from breathing difficulties for a few days and was hospitalised for the same.

“He passed away last evening at Lilavati Hospital due to heart ailment. The last rites will be performed in Indore as Abdullah’s parents live there. We are taking his body by road to Indore.”

Salman Khan took to Twitter to share a black and white picture of himself with Abdullah. He captioned it:

“Will always love you …”

Will always love you… pic.twitter.com/bz0tBbe4Ny

In response to Salman’s tweet members of the film fraternity shared their condolences.

Fellow actor Rahul Dev expressed his condolences to the family. He said: “Sincere condolences and prayers .. Strength to family.”

Actress Daisy Shah also shared a picture of Abdullah. She captioned it:

“Will always love you my bestie … #RestInPeace.”

Salman Khan’s rumoured girlfriend singer and actress Lulia Vantur took to Instagram to upload a picture of Abdullah. She wrote: 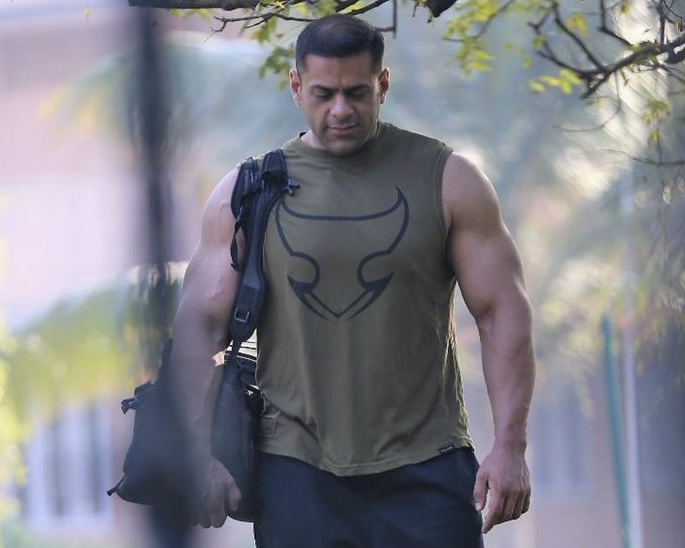 Despite Abdullah Khan not being a part of the Indian film industry, he regularly featured in Salman’s social media posts.

Fans of the star may remember Abdullah in Salman’s post when he was seen lifting his nephew on his shoulders while speaking to the camera.

Currently, Salman along with his family are in lockdown at their Panvel farmhouse during the spread of the Coronavirus pandemic.

Also, Salman recently pledged to financially help with the daily wages of 25,000 cine workers who are struggling during the virus.

Undoubtedly, this is a difficult time for the entire family who are in mourning.

However, due to the spread of the Coronavirus, it is uncertain how the funeral proceedings will commence.

DESIblitz shares its sincere condolences with the entire family and wishes them well during this difficult time.

Ayesha is an English graduate with an aesthetic eye. Her fascination lies in sports, fashion and beauty. Also, she does not shy away from controversial subjects. Her motto is: “no two days are the same, that is what makes life worth living.”
Armeena Khan urges People to Stop Smoking amid COVID-19
Raveena Tandon reveals Struggles while filming ‘Tip Tip Barsa Pani’