Sophie Choudry, Alaya F and Bruna Abdullah have been giving us major bikini envy with their captivating two-pieces. Let’s take a closer look.

Took our breath away in this shimmery two-piece

Stunning bikini looks provide a sense of charm, power and confidence to the wearer and Sophie Choudry, Alaya F and Bruna Abdullah are testimony to this.

The three Bollywood beauties have captivated the hearts of millions of fans worldwide with their drool-worthy bikini looks.

Each of these three ladies evokes a sexy, sizzling and sultry appeal in their respective two-piece looks.

We explore various bikini looks of Sophie, Alaya and Bruna for everyone to take inspiration from. 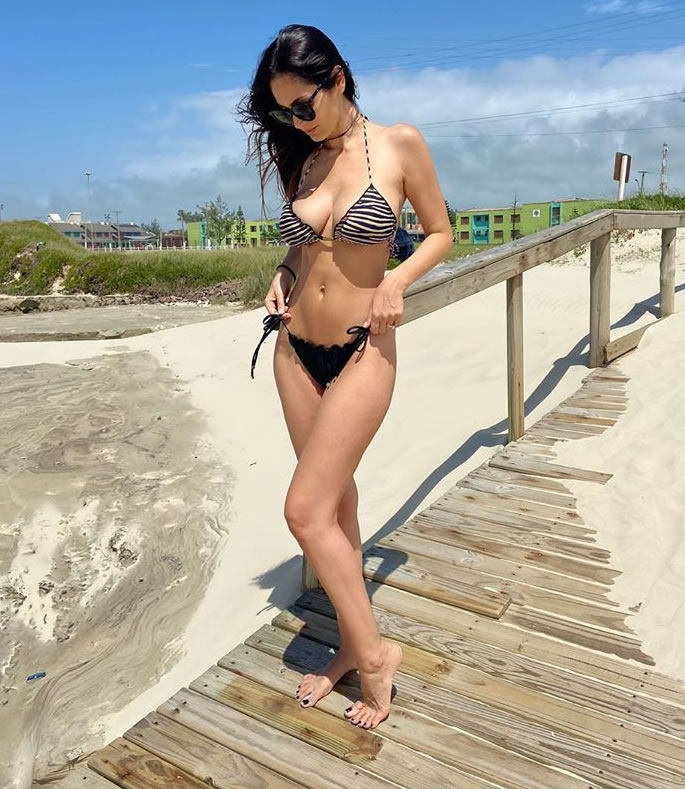 This Brazilian-Indian film actress has been away from the big screen for quite some time; however, Bruna has been keeping her fans in awe with her stunning bikini looks.

Despite taking time out from Bollywood since the birth of her baby girl, Bruna has snapped back into shape and has been flaunting her abs on social media with her bold bikini avatars.

Currently, the actress is soaking up the sun on the beaches of Brazil. Here she can be seen at the Praia De Xangri-La beach in a quirky two-piece.

The top features black and white zebra stripes while the bottom is black with tassel lace detailing on the sides. 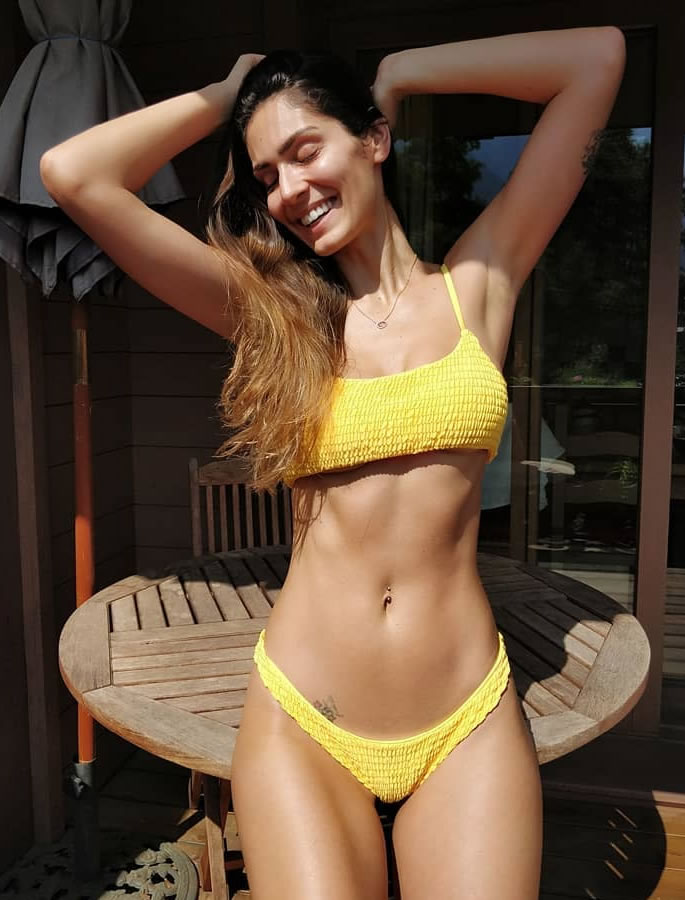 In another picture, we can see Bruna in a vibrant yellow two-piece as she flashes her flat torso and a radiant smile. 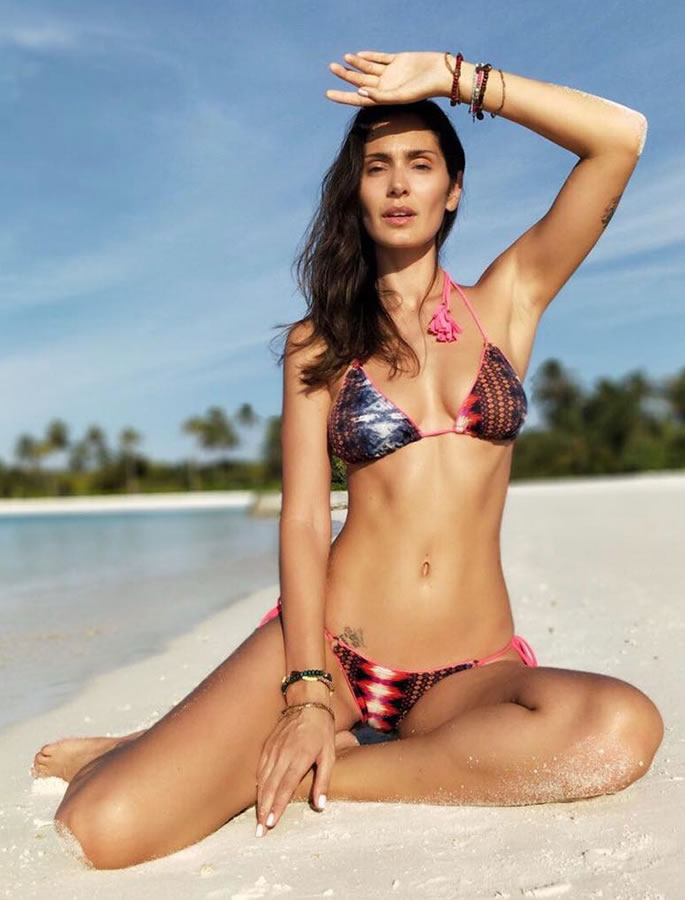 Bruna set the temperature soaring in this seductive multi-coloured bikini as she posed on the beach in the warm sand.

The stunning two-piece featured tassel straps on both the top and bottoms enhancing its sexy appeal. 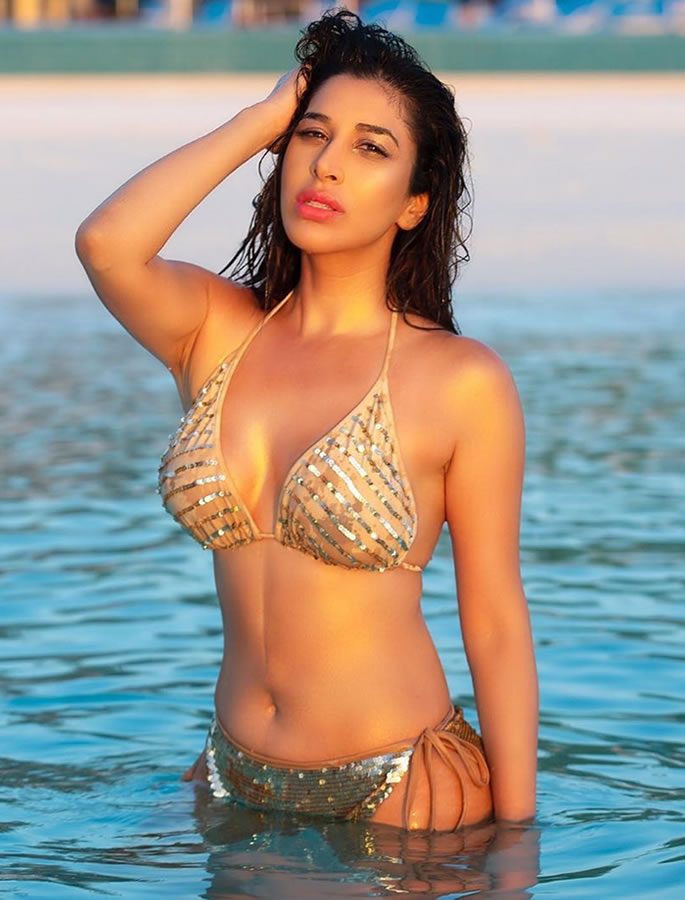 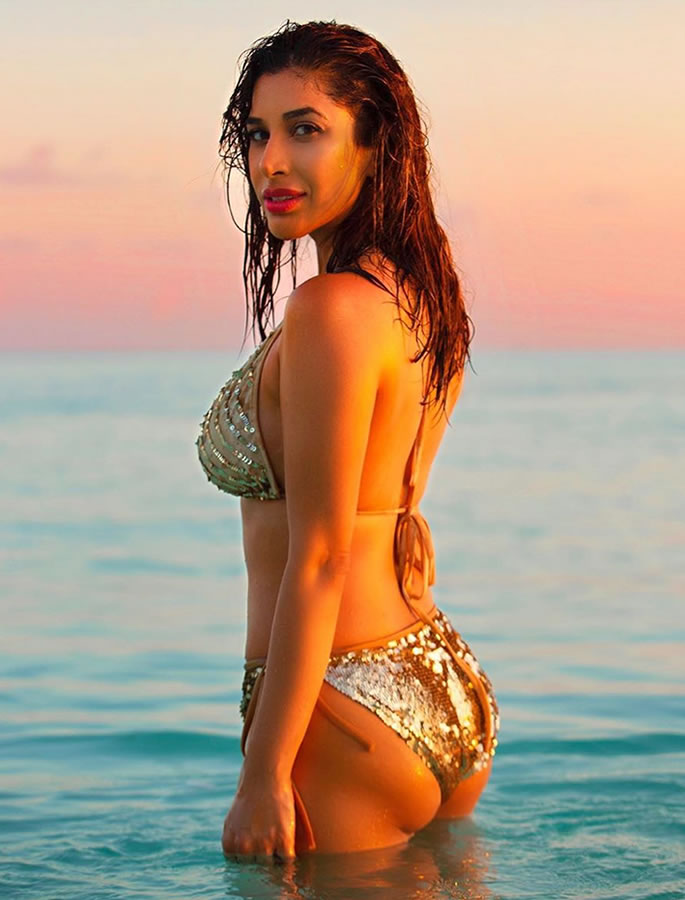 Sophie Choudry took our breath away in this shimmery two-piece complete with drawstring ties. 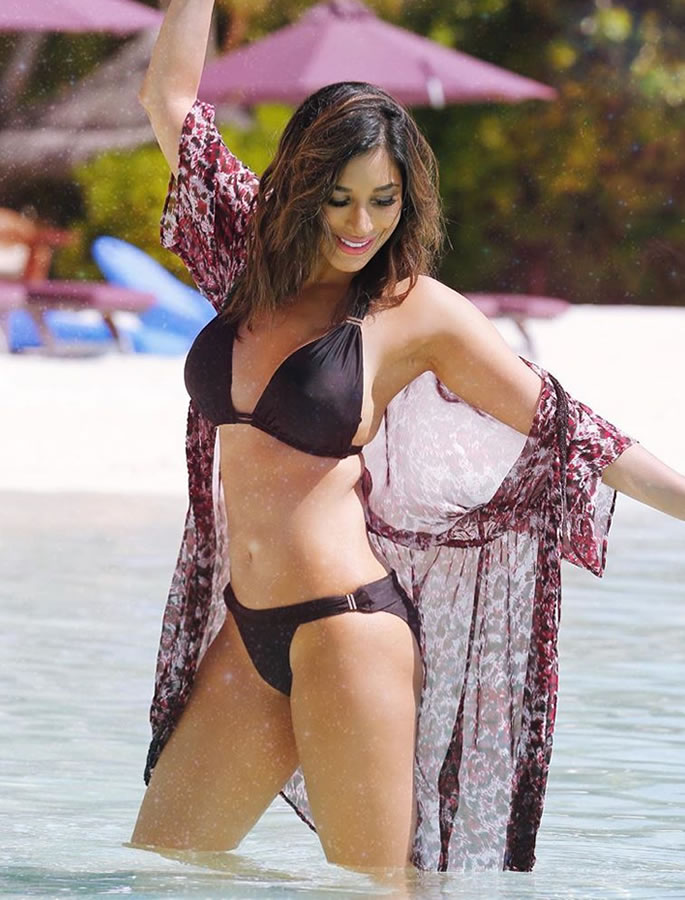 The actress continues to provide her fans with awe-inspiring bikini shots as she frolics in the sea in this gorgeous black number.

The inclusion of an animal print kaftan perfectly complements the plain bikini. 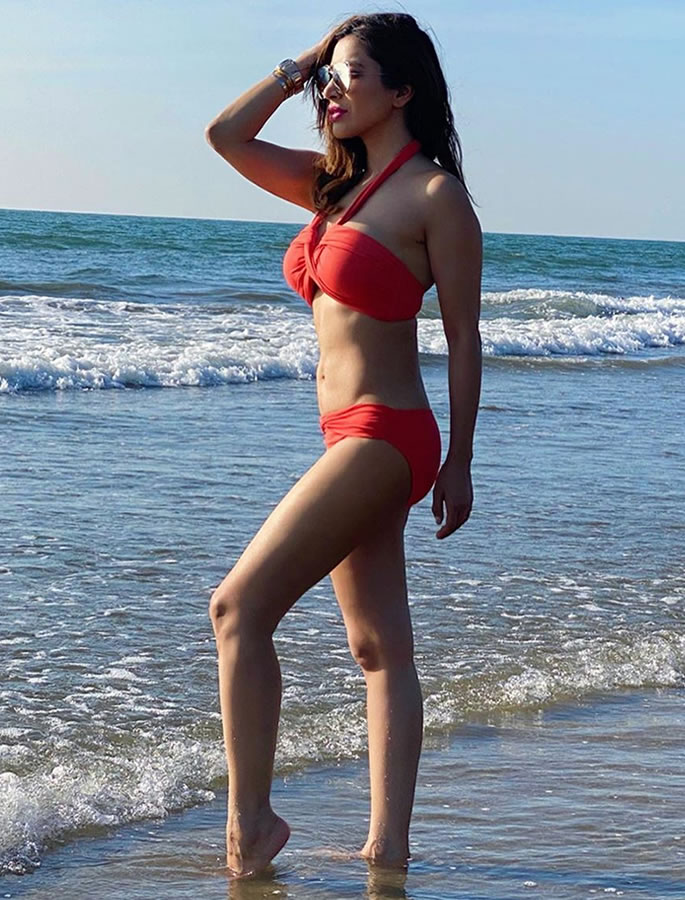 Bollywood’s sexy diva shared this amazing picture of herself on Instagram in a fiery-red two-piece displaying her slender figure. She captioned it: 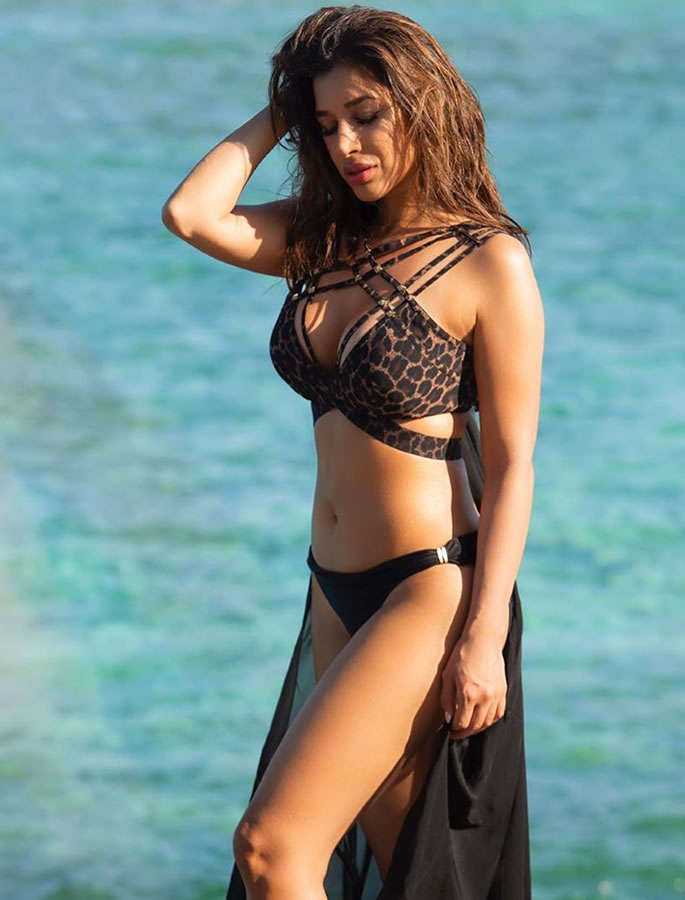 This black cheetah print bikini was donned by Sophie during her holiday in the Maldives.

The beautiful bikini featured an intricate laser cut-out neck design and a long drape adding drama to the look. 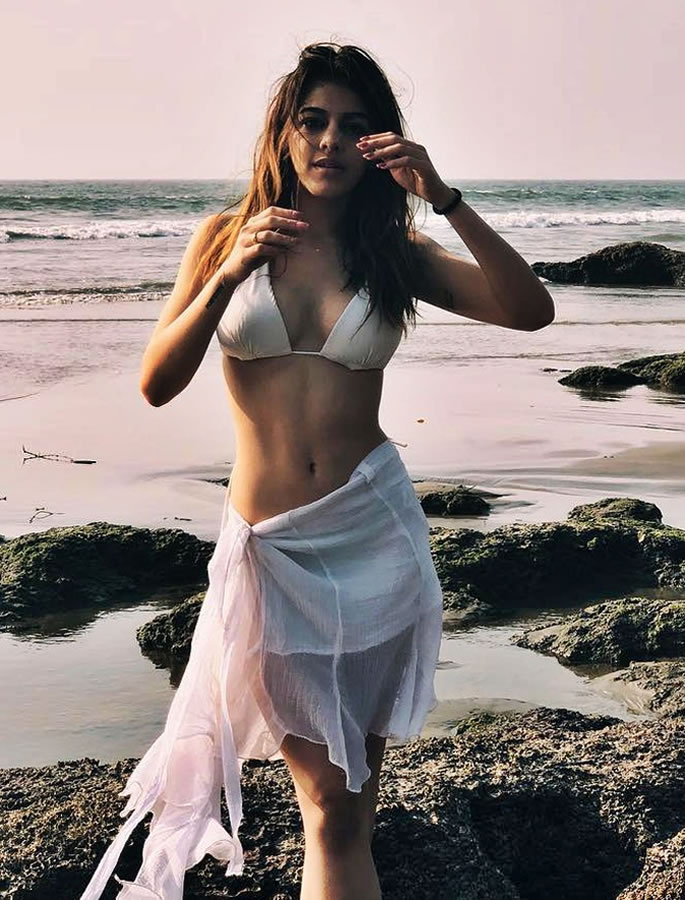 Bollywood newbie, Alaya F is basking in the success of her debut film, Jawaani Jaaneman (2020) opposite Saif Ali Khan and Tabu.

As well as her great acting skills, it seems Alaya is no stranger to sharing sun-kissed bikini pictures on her social media.

The actress can be seen wearing a mesmerising white bikini complete with a matching white scarf which she has tied around her hips. 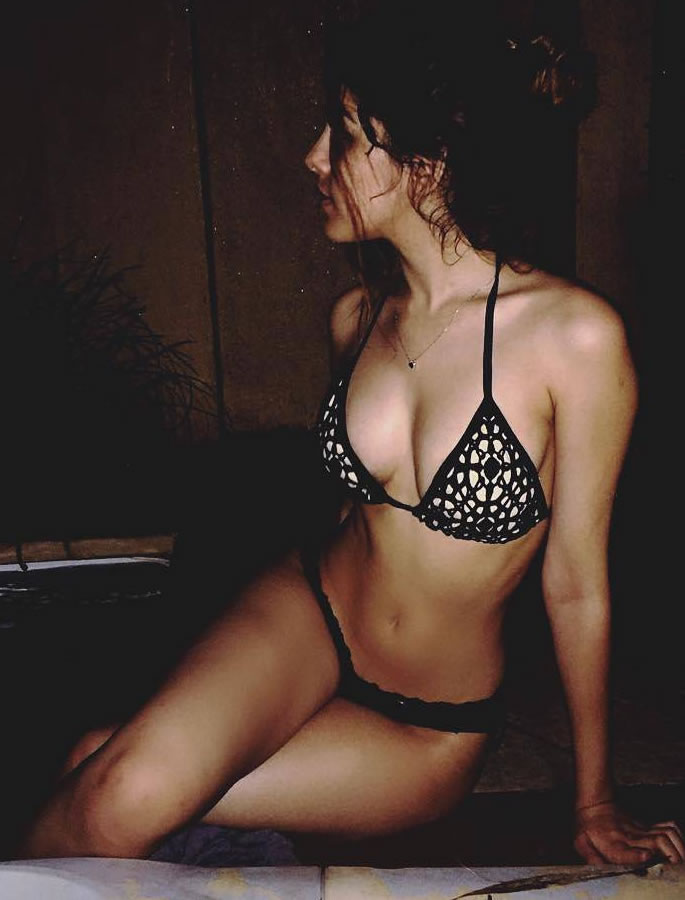 In another picture shared online, Alaya can be seen wearing a black and white bikini. The gorgeous cut-out design on the top adds dimension to the overall look. 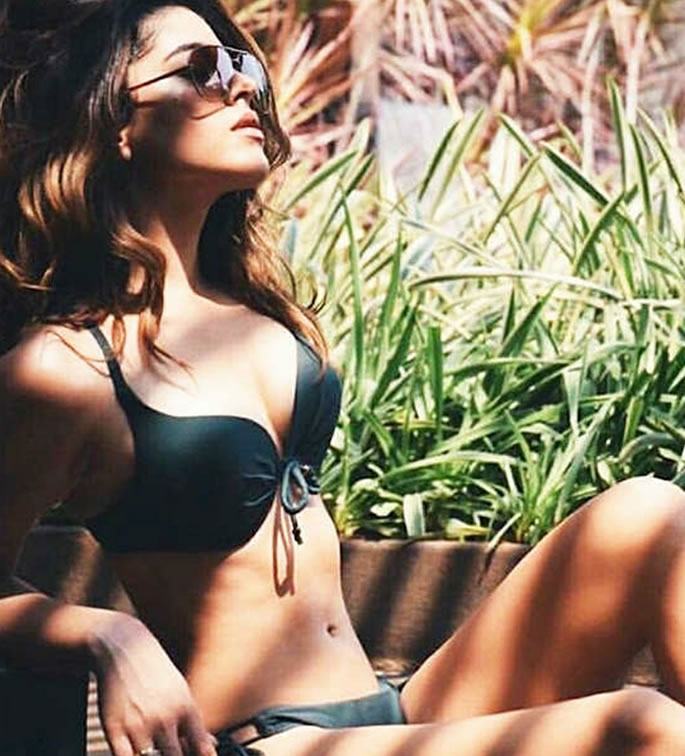 Alaya is certainly winning the hearts of millions of fans with her sizzling dark green bikini.

The actress looks jaw-dropping in this two-piece and adds charm with her long tresses and sunglasses as she soaks up the sunshine.

These three stunning beauties certainly know how to keep their fans in awe and wanting more in their amazing bikini avatars.

Ayesha is an English graduate with an aesthetic eye. Her fascination lies in sports, fashion and beauty. Also, she does not shy away from controversial subjects. Her motto is: “no two days are the same, that is what makes life worth living.”
20 Stylish Kurtis to Wear with Jeans
Nushrat Bharucha gets trolled for her Thigh-High Slit Dress