Did Coronavirus come from Bats or Leak from a Lab?

The origin of the Coronavirus has led to a number of theories. It is believed that it came from bats but some say it came from a lab.

"the bat virus may have gotten into pangolins and then evolved."

Coronavirus, or COVID-19, has spread to nearly every country in the world since it first emerged. Its prevalence, however, has resulted in several theories as to how it originated.

The most common belief is that the deadly virus came from bats, however, some think that it was manufactured in a lab and leaked.

Coronaviruses are a family of viruses that cause disease in animals but COVID-19 is one of seven which have infected humans.

Around 80% of cases have led to a mild infection while 20% have been classed as “severe”.

Many people may be carrying the virus without showing any symptoms, making it difficult to control.

The pandemic first emerged in Wuhan, China, when there was a pneumonia outbreak on December 31, 2019.

It has resulted in an increase in anxiety and panic. Subsequently, a number of conspiracy theories have arisen.

One belief which is likely to be responsible for its origin is that it came from bats but another one is that Coronavirus is actually a bioweapon which was created in a laboratory.

A Disease Carried by Bats 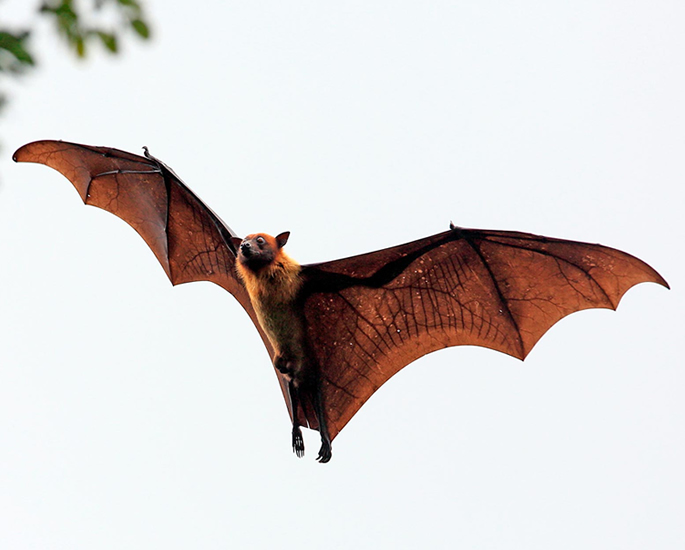 Although one theory is that the virus came from a lab, it is more likely that it actually had a more natural origin.

It is believed that the source of Coronavirus is from a “wet market” in Wuhan which sold both dead and live animals including fish and birds.

Such markets pose a heightened risk of viruses jumping from animals to humans because hygiene standards are difficult to maintain if live animals are being kept and slaughtered on site.

Usually, they are also kept in close proximity allowing diseases to spread between species.

In March 2020, media reports revealed that a 57-year-old woman was the first confirmed case. The woman was a seafood merchant selling live shrimps.

After she started feeling ill, she sought treatment before returning to work. At that point, it is highly likely she unknowingly infected others.

The theory about bats being the source emerged when pictures surfaced of Chinese citizens eating bat soup. People started linking it to the deadly disease.

Even though bats were not sold at the Wuhan market, experts believe that bats are the original host, especially when you consider that bats were responsible for SARS and MERS.

Bats may have infected the animals which were sold at the market.

Not only that but bats are host to a wide range of zoonotic viruses including Ebola, HIV and rabies, all of which can be contracted by humans.

Even though bats are believed to be the host, it is not truly known.

Jonathan Epstein is a veterinarian and an epidemiologist with the EcoHealth Alliance. He believes that bats may have infected pangolins and it ended up creating COVID-19.

He explained: “Pangolins have been found to carry a Coronavirus, and a short piece of that virus’s genome seems to match a short segment within the novel coronavirus sequence.

“[In other words, they] traded genes a little bit to the point where it’s got a piece of pangolin.”

“What they’re suggesting is that it mostly looks like a bat virus, but there’s a little, tiny piece that looks like a pangolin virus.

“And so they’re suggesting that perhaps the bat virus may have gotten into pangolins and then evolved.”

Scientists suspect that the virus was then passed on to humans and it is now spreading between people without any animal intermediary. 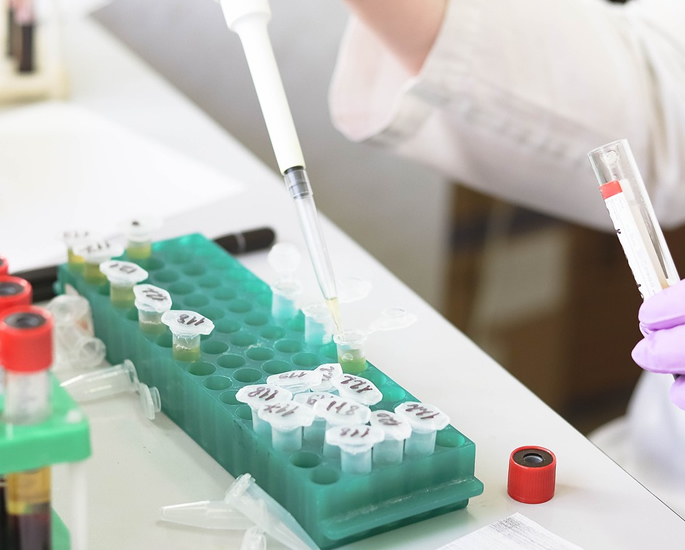 The theory that COVID-19 came from a laboratory has no actual evidence to back it, however, both US and Chinese politicians have implied that it could be created by humans.

Some say that it was leaked from a Chinese lab studying Coronaviruses. Others think it was purposely created to spread among humans.

This is something which is entirely plausible as even the most secure labs can have accidents.

Senator Tom Cotton stated on January 30, 2020, that no one knew the origin of the disease.

“We still don’t know where coronavirus originated. Could have been a market, a farm, a food processing company.”

“I would note that Wuhan has China’s only biosafety level-four super laboratory that works with the world’s most deadly pathogens to include, yes, Coronavirus.”

We still don’t know where coronavirus originated. Could have been a market, a farm, a food processing company.

I would note that Wuhan has China’s only biosafety level-four super laboratory that works with the world’s most deadly pathogens to include, yes, coronavirus. pic.twitter.com/CtuU2czBLp

Social scientist Steve Mosher also suggested that it may have come from a Chinese lab.

There may not be any clear evidence but one piece of information that Mosher and Cotton had was that there is a biosafety level BSL-4 lab in Wuhan, China.

BSL-4 labs do work on dangerous viruses such as Ebola but the idea that COVID-19 is a bioweapon simply because of the existence of one lab in Wuhan is a bit far-fetched.

A BSL-4 lab has to have proper ventilation systems, reinforced walls and security systems in order for it to be qualified.

Another instance where COVID-19 was implied to be man-made was when US President Donald Trump referred to the disease as the ‘Chinese virus’.

It was a highly controversial statement and many called it racist.

However, President Trump defended his comment and went on to say that it was in response to claims from China that the US Army created the virus.

Despite the theories that Coronavirus was created in a lab, a study by a research team highlighted that the protein spikes in COVID-19 were so effective in targeting human receptors that it does not seem possible that it could be manufactured.

“The researchers then concluded that this feature and thus the new coronavirus could have in all likelihood only evolved over time naturally.

“You see humans can make useful stuff like ride-sharing apps but are still quite puny compared to nature when it comes to making stuff like viruses.

“In fact, the research team found that the SARS-CoV-2 structure, in general, is quite different from what humans would have likely concocted.

“If a human had wanted to create a viral weapon, he or she would have started with the structure of a virus that’s already known to cause illness in people.”

The Impact of Coronavirus 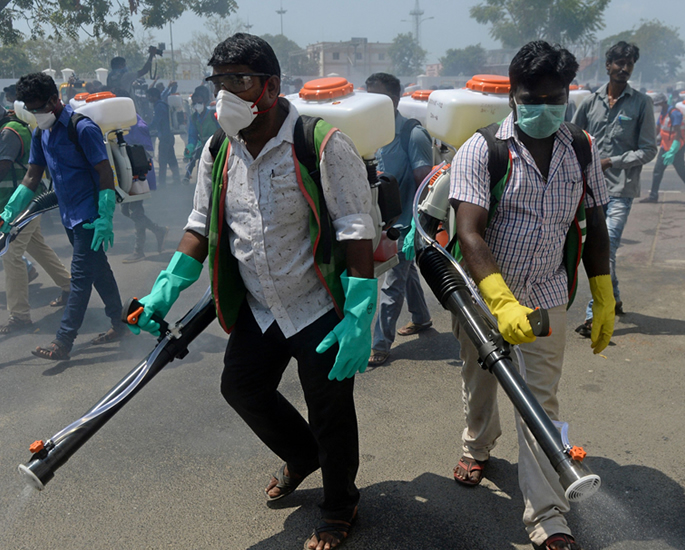 No matter what theories have emerged, there is no denying that Coronavirus has had a major impact on the world.

It is already prevalent in Europe, the United States and Asia. It is now starting to appear in Africa and South America.

Like regular flu bugs, cough and sneeze droplets spread the virus. The droplets land on surfaces and are picked up on the hands of others. It is then spread further.

People contract COVID-19 when they touch their mouth, nose or eyes with their infected hands.

Numerous researchers all over the world are working on a cure. Trials are underway, however, it is unlikely that an effective vaccination will be available until 2021.

For now, the most effective way to protect yourself is by maintaining good hand hygiene.

This means washing them frequently with soap and water or using hand sanitiser.

COVID-19 has caused major panic but we should not be surprised given that we have seen two Coronavirus outbreaks in the last two decades.

New Scientist reported that it is likely that COVID-19 came from bats so there is no reason to believe that it leaked from a lab.

Researchers at Ohio State University stated that there is “no credible evidence” of genetically engineering the virus.

If the virus’ genome had been altered, we would see signs of inserted gene sequences.

But we now know that points that differ from bat viruses are scattered in a random way, just as they would be if the virus had naturally evolved.

While it is more likely that Coronavirus came from bats, we cannot say for sure. As with the theory that it came from a lab, it is a stretch but is still a possibility.

Dhiren is a journalism graduate with a passion for gaming, watching films and sports. He also enjoys cooking from time to time. His motto is to “Live life one day at a time.”
Huawei P40 launch without Android & Google Apps
16 Top Web Streaming Platforms in India