A new report has found that up to 1,400 children were sexually abused in Rotherham over 16 years. Children as young as 11 were brutally raped by gangs of Pakistani men.

A shocking new report has unveiled that 1,400 children were victims of sexual abuse in Rotherham between 1997 and 2013.

These girls were as young as 11 years old and were exploited in majority by gangs of Pakistani men.

Over one third of these abused children were already known to child services, but not enough was done by officials to safeguard them from being exploited again and again.

Author of the Independent Inquiry into Child Sexual Exploitation in Rotherham report, Professor Alexis Jay said: “It is hard to describe the appalling nature of the abuse that child victims suffered.” 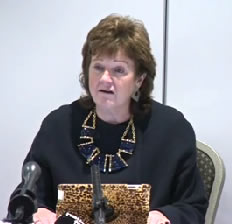 In a detailed analysis, she describes that victims were ‘raped by multiple perpetrators, trafficked to other towns and cities in the north of England, abducted, beaten, and intimidated’.

In some horrific cases, children had been doused in petrol and threatened of being set alight if they did not comply with their perpetrator’s wishes.

Abusers also threatened children with guns and were even made to watch other children being brutally raped. They were then threatened with the same if they told anyone else.

The Independent Inquiry was commissioned by the Rotherham Metropolitan Borough Council in October 2013, and is actually the third to be written on the subject.

In her report, Jay says that the subject of child grooming had been brought to the council’s attention a number of times in 2004 and 2005, but nothing had been done in response. She insisted that the council suffered from a ‘macho, sexist and bullying culture’:

“Within social care, the scale and seriousness of the problem was underplayed by senior managers. At an operational level, the police gave no priority to CSE [Child Sexual Exploitation], regarding many child victims with contempt and failing to act on their abuse as a crime,” Jay said.

The report has stirred huge outcry from the general public, not only in Rotherham, but the rest of the UK. 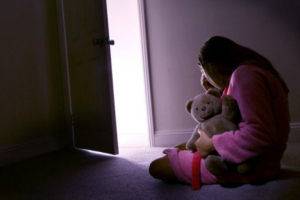 In response to the atrocities, many have pointed the blame towards Rotherham City Council and the local police, and their inability to prevent such a high number of molestation cases from happening.

Jay added that it has been a complete failure on their behalf to successfully protect these neglected children.

Admitting his fault, leader of the Council, Roger Stone, offered his resignation saying: “I believe it is only right that as leader I take responsibility for the historic failings described so clearly.”

Child grooming, has in recent years become a more commonly acknowledged issue in some parts of the UK. Many cases of white girls being exploited by Pakistani men in gangs have been reported, but it seems that no one could have predicted such a high number of victim exploitations from such a small demographic.

Rotherham with a population of 257,300 (2011 statistics) has an ethnic population of 8 per cent. The majority of this community are of Pakistani and Kashmiri background, making up 8,000 people.

Jay added: “Young people were thought to be at risk of physical or sexual abuse for a variety of reasons. Some had been separated from their own families. There were also issues of poverty, forced marriage and child abduction.

“In the early months of 2005, twelve cases of forced marriage had been dealt with in Rotherham – the highest in the South Yorkshire Police area. Of particular concern was the young age of many of the girls involved.”

While Jay insisted that their was no clear link between race and sexual exploitation, more needed to be done to engage and integrate ethnic communities with these serious social issues.

In her recommendations, Jay said: “The Safeguarding Board should address the under-reporting of sexual exploitation and abuse in minority ethnic communities.

Jay is also adamant that local services and the council should have take the necessary measures to protect young children who are vulnerable to sexual abuse. She adds that current victims require further support and should not be neglected or left to deal with their horrific experiences by themselves: 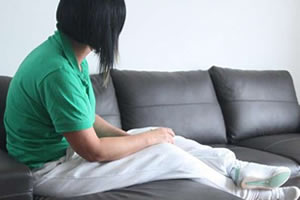 “All services should recognise that once a child is affected by CSE, he or she is likely to require support and therapeutic intervention for an extended period of time.

Chief Executive of Rotherham Council, Martin Kimber said: “The report does not make comfortable reading in its account of the horrific experiences of some young people in the past, and I would like to reiterate our sincere apology to those who were let down when they needed help.”

Kimber added that although services had improved over the years, this was no excuse for the neglect that so many children had faced:

“The council and its partners could and should have done more to protect young people from what must be one of the most horrific forms of abuse imaginable,” he said.

While the report is a much needed exposé into child grooming in Rotherham, it has been a long time coming. But is this limited to only men from the Pakistani community, and do they need to be targeted further?

One wonders whether Rotherham is alone in cases of molestation and child sexual abuse, or if other councils now need to be more alert of child grooming within their local boroughs.

Aisha an English literature graduate, is a keen editorial writer. She adores reading, theatre, and anything arts related. She is a creative soul and is always reinventing herself. Her motto is: “Life is too short, so eat dessert first!”
India serves first Female Death Penalty
Seema Malhotra new Shadow Secretary for Women