Six men have been found guilty of committing child sexual abuse offences against vulnerable underage girls in Rotherham by a jury at Sheffield Crown Court.

The offences which took place between 1998 and 2002 in Rotherham and surrounding areas include rape and sexual assault of seven girls who were all under the age of 16.

A jury of six men and six women convicted the men on 20 counts at Sheffield Crown Court on Wednesday, August 28, 2019, after a six-week trial.

The vulnerable girls who craved attention and love were targeted by the men deliberately only for the purpose of turning them into sex objects for use by the men.

Due to the fact that at the time the girls were not mature enough to understand they were being groomed, manipulated and exploited they began to believe that sex was some kind of ‘necessary price’ they paid for the friendship of these men.

The men plied the girls with alcohol and drugs and then passed them around to other men for sexual gratification. They were belittled and were vulnerable at the hands of the men because of their yearning to be wanted and loved.

The seven girls to this day are suffering from the emotional effects which the trauma of the abuse has had on them to this day.

All the men in the grooming gang were associated with each other and often they acted as a group when carrying out the sexual offences against the vulnerable girls. They were happily sharing the girls sexually amongst each other.

Knowing the girls lacked in confidence and were underage were major reasons for targeting them. They often parked outside the school of the girls waiting to converse with them or met them at the local park. Other places where they approached the girls included the bus station or in Rotherham.

The men turned violent if the girls did not oblige to their sexual demands. They exerted immense power and control over the girls.

Often the young girls, intoxicated with drugs and alcohol, were raped by multiple members of the gang feeling and they obliged to comply with them out of fear and vulnerability.

One of the men convicted, Masaued Malik, is already serving a 15-year sentence.

Malik was convicted of rape, conspiracy to commit indecent assault and false imprisonment in 2016, and as part of the second trial under South Yorkshire Police’s Operation Clover investigation following the publication of the Jay Report. 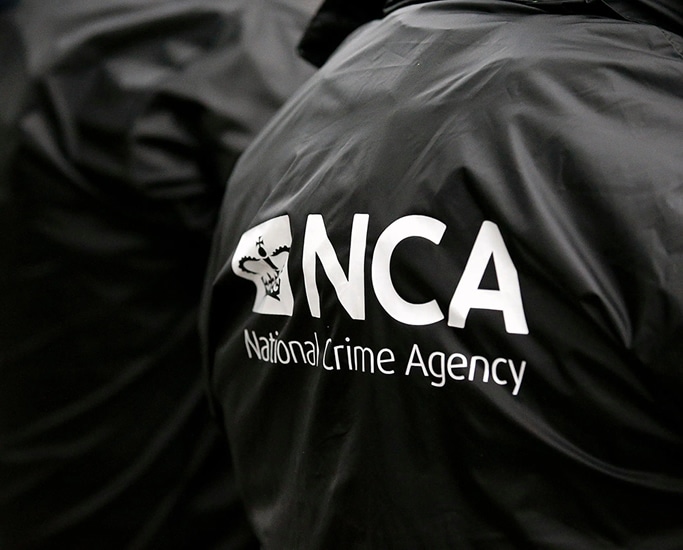 The case of these six men is part of the National Crime Agency’s multi-million-pound investigation called Operation Stovewood, which has been investigating allegations of non-familial child sexual exploitation in Rotherham between 1997 and 2013.

A total of 20 men have been convicted to date under Operation Stovewood.

“Today, six more men join the other 14 who have already been convicted of sexually abusing young girls in Rotherham, going back as far as 1997.

“They exploited vulnerable girls for their own sexual gratification and I am glad that today, they have been held accountable for their devastating actions.

“The victims, in this case, have shown immense courage and bravery in reliving what happened to them and I would like to thank them for helping us bring their abusers to justice.

“I hope these convictions build confidence with the victims and survivors we are currently working with – and those who are yet to come forward – showing that we will listen to you and do all we can to get positive court outcomes.

“We still have a lot of work to do and are not complacent about the task we face – Stovewood is complex in its nature and scale but this will not diminish the pace of our effort.

“I would also like to thank partners for their support, particularly the Independent Sexual Violence Advocates (ISVAs). The NCA remains committed to investigate all matters within our remit to bring child sex offenders to justice”.

“These convictions are very positive, and I would like to thank and acknowledge the bravery of the victims because, by coming forward to provide the information that they have, we are able to lay these charges before the court.

“[These girls] were passed around and treated in a truly awful way ­– they were abused and exploited.”

Mr Burgess added that the grooming gang had “acted together as a group, not always with each other, but known to each other”.

“That’s a familiar trend with the Stovewood investigations – that people would pass details of these young girls on to other people.”

Kate Hurst, of the CPS, said:

“Each of these men knew the girls were either vulnerable and underage, and in some cases both, when they raped or sexually assaulted them.

“They were reckless and did not care if they were children or not.

“Some of the men used threats of violence and they often had sex with these children while they were drunk or high on drugs. They tried to deny their responsibility claiming that the victims were lying or that they did not know they were underage.

“Our team worked very closely with the NCA over a significant period of time during the course of this investigation in advising, building and preparing this case effectively for trial

“We were able to prove that these predators targeted and then abused girls in Rotherham for their own sexual satisfaction.”

All six men have been remanded in custody for their child sexual abuse offences, for sentencing.