A gang of 20 Asian men from Huddersfield has been convicted for the sexual grooming, rape and systematic abuse of underage vulnerable girls.

"It was a very significant campaign of rape and other sexual abuse."

Led by Amere Singh Dhaliwal, as the ring-leader, a gang of 20 Asian men has been jailed for grooming, raping and sexually abusing young vulnerable girls in Huddersfield between 2004 and 2011.

Due to a large number of men being tried, the case was split into three and the first group made their appearance in court in November 2017.

The court then put a reporting restriction under the Contempt of Court Act 1981 was put on the overall case immediately. Stopping any kind of media reporting on the case.

The restriction landed Tommy Robinson in jail for contempt of court, when he tried to report on the case via social media.

Therefore, it can be reported that four of the men were convicted in the third and final trial on October 8, 2018, at Leeds Crown Court, for the series of sexual offences they committed.

The other sixteen men from the same grooming gang were convicted and jailed in two trials earlier in 2018 at Leeds Crown Court.

Most of the offending men had nicknames which they used to refer to each other during the campaign of coerced and vile sexual abuse and rape against the young victims. These were used during the trials. 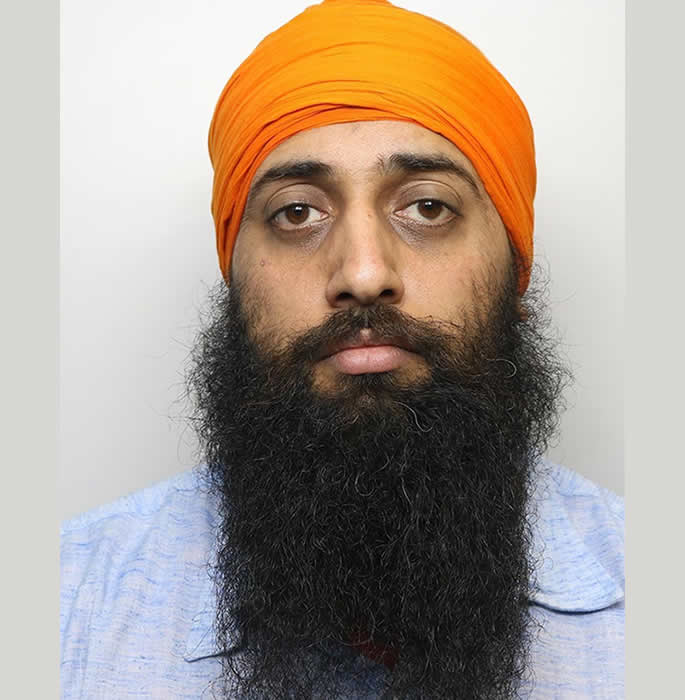 The man nicknamed “Pretos” who was central to the vile grooming operation against the young vulnerable girls, 35-year-old Amere Singh Dhaliwal was given life imprisonment with a minimum term of 17 years 312 days.

The married father was convicted of 54 offences against 11 young girls, despite denying that he was part of this shocking grooming scandal, claiming the girls lied and he was targeted because he called one of them ‘fat’.

It was heard that some of the girls were sexually abused by Dhaliwal many times and then he passed them onto other members of the grooming gang to use.

He also videoed the obscene and vile sexual abuse of the girls by men in the gang and share it with others. He also took indecent photos.

Richard Wright QC prosecuting, said the Dhaliwal was a prolific sex offender and was the ‘very heart’ of the gang:

“He targeted vulnerable girls, he showered them with attention and plied them with drink and drugs.”

“Having manipulated and moulded them in that way, he used them for his own sexual pleasure and effectively pimped them out to other men at organised parties where sex with young girls was the order of the day.”

Dhaliwal who was known as ‘Pretos’ was in his early twenties when the abuse started in 2004 with an underage girl who was 13 or 14 years old. It was suspected he was already abusing other young girls before her.

Dhaliwal with Zahid Hassan and another man began to pester the girl and her younger friends after the men got their phone numbers at a bus station. The girl said: “There was no getting away from them.”

Then, soon after the girls were being coerced into sexual acts.

This included Dhaliwal raping the girl many times, forcing her to have the morning after pill, beating her up and then passing her onto other men.

With alcoholic drinks and drugs being part of the activity, games like ‘truth or dare’ were played by Dhaliwal daring Zahid Hassan and Mohammed Kammer to have sex with the underage girl and for her to perform oral sex on them.

Kept in fear with threats, the girl was made to have sex with another younger member of the gang, Nasarat Hussain.

The first girl was used to introduce over seven girls to Dhaliwal. He sexually abused and used them in places like snooker clubs and then passed them on to the other men too.

The other girls then introduced Dhaliwal to others and the sequence continued with the other men in the gang getting involved in the horrific campaign of sexual abuse and rape of the young girls.

Dhaliwal was the ‘pimp’ of the young vulnerable girls as he passed them onto the other men for sexual use.

The 11 girls sexually abused and tormented by him, who are all older now, all took to the witness box and bravely gave detailed evidence about him, despite his denials.

“First and most importantly, I would like to pay tribute to each and every victim who came forward, firstly to report these heinous crimes, but to go through the gruelling court process which has taken nearly a year to conclude and to bravely give their accounts to us and the court.”

Dhaliwal was found guilty of :

“Your treatment of these girls was inhuman, you treated them as commodities to be passed around for your own sexual gratification and the gratification of others.

“The extent and gravity of your offending far exceeds anything which I have previously encountered.”

“It was a very significant campaign of rape and other sexual abuse.

“Children’s lives have been ruined and families profoundly affected by seeing their children, over months and years, out of control, having been groomed by you and other members of your gang.”

The rest of the men in the gang sentenced in the first trial were all found guilty of sexual offences against the young girls groomed by them. 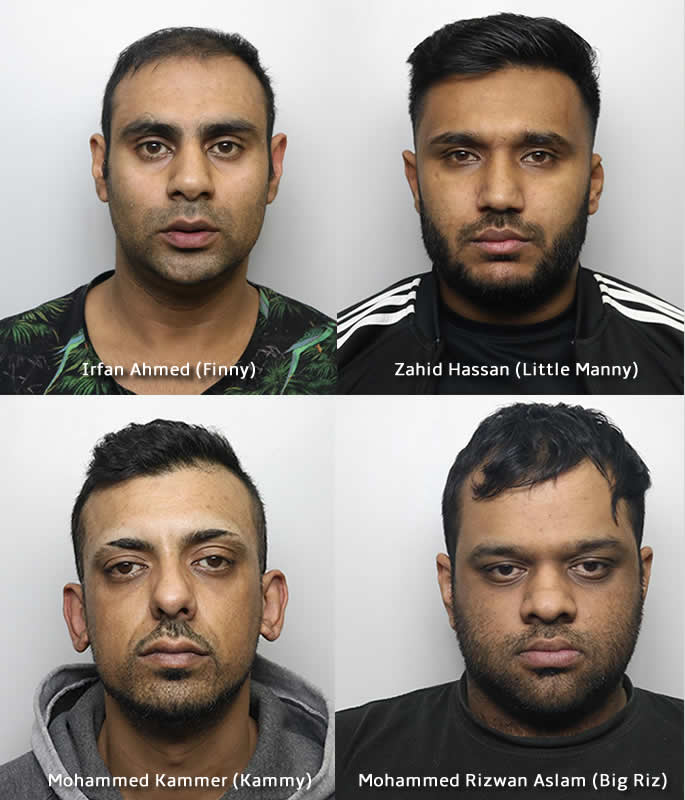 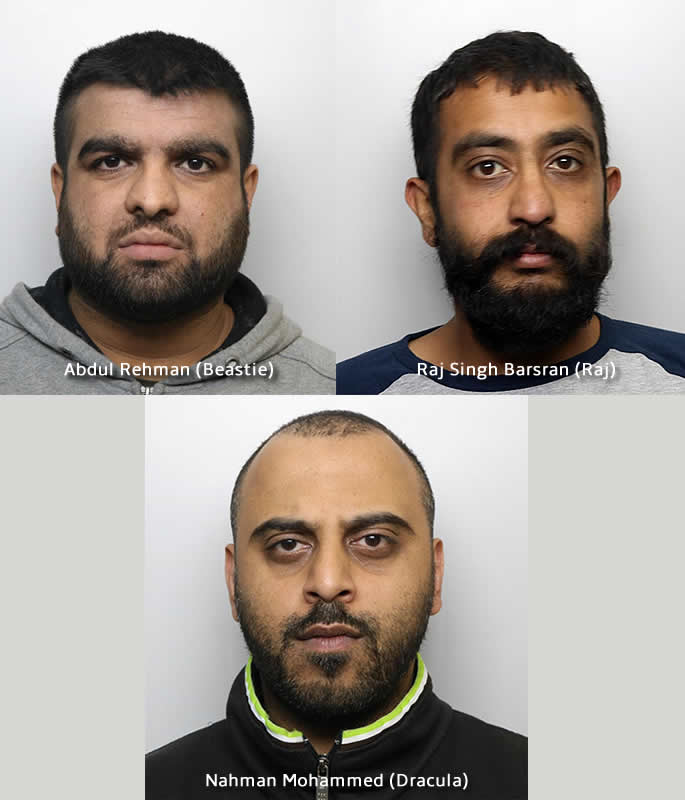 In the second trial of the case which began on April 18, 2018, another eight of the men from the Huddersfield grooming gang were convicted for their sexual offences on June 5, 2018, and sentenced on June 22, 2018. 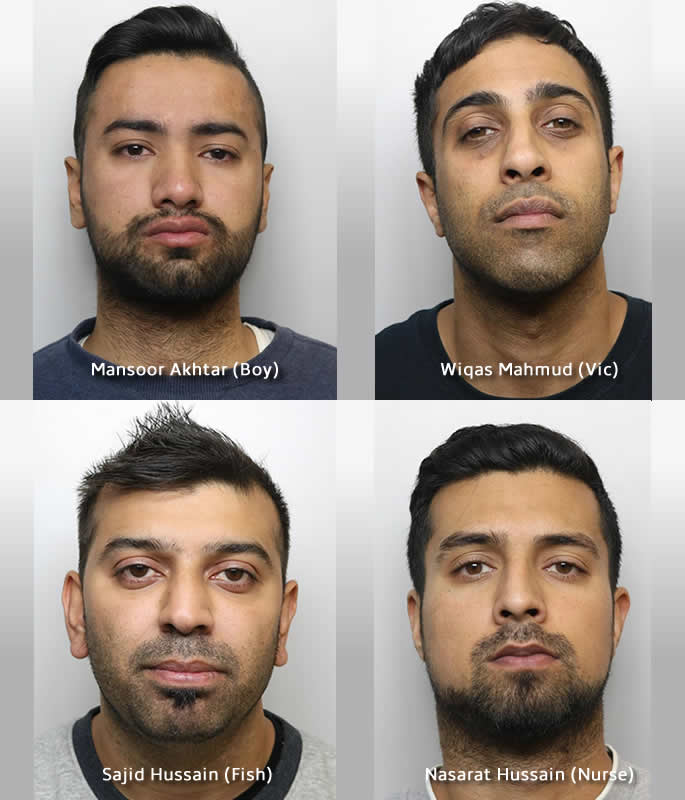 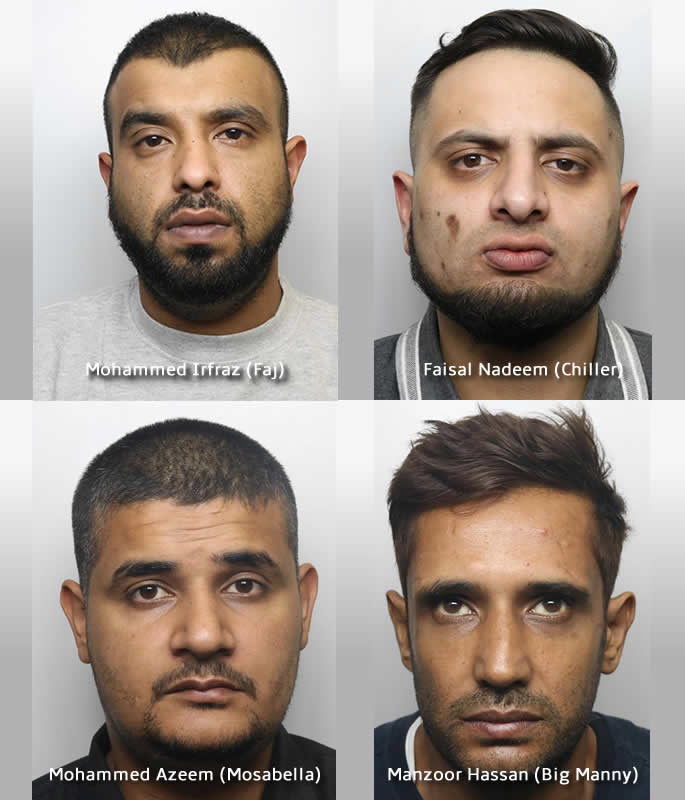 The third and final trial of the Huddersfield sexual predators which concluded on October 8, 2018, sentenced the final four of the 20 men gang of South Asian origin. 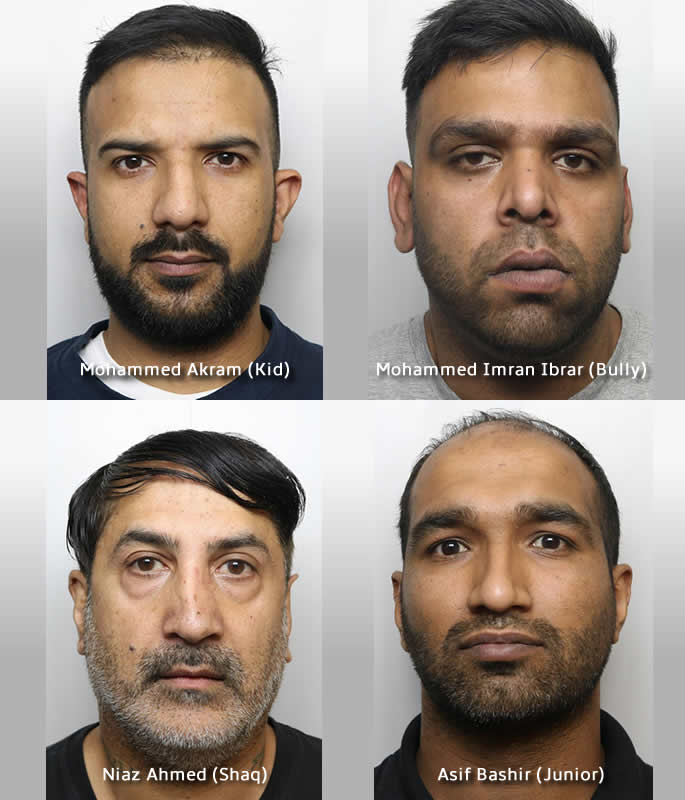 The final convictions were all part of a police investigation which unveiled the vile sexual exploitation of the young and vulnerable girls.

“This case involved the cynical exploitation of a number of young girls by a group of older men in the Huddersfield area.

“These men deliberately targeted their vulnerable victims, grooming and exploiting them for their own sexual gratification.”

“The men sometimes used threats and violence and plied their victims with alcohol or drugs.

“Throughout the years of offending, these men cared only for themselves and viewed these girls as objects to be used and abused at will.”

“This series of prosecutions has been the result of two years’ close collaboration between West Yorkshire Police and the CPS.

“The evidence, reviewed by the CPS following an intensive and complex police investigation, included hours of detailed victim evidence against a large number of potential suspects, relating to numerous allegations over six years.

“At the heart of this case are the victims, who have all suffered trauma as a result of their childhood abuse at the hands of these men. Each of them has shown immense courage in coming forward to assist the investigation and support the prosecution case.

“I sincerely hope the convictions of their abusers today will go some way to helping these young women to rebuild their lives. Our thoughts remain with them.”

This is yet another case of men of South Asian origin jailed for grooming and sexually exploiting young vulnerable girls similar to Rotherham, Oxford and other cities in the UK.

Nazhat is an ambitious 'Desi' woman with interests in news and lifestyle. As a writer with a determined journalistic flair, she firmly believes in the motto "an investment in knowledge pays the best interest," by Benjamin Franklin.
Imran Ali Hanged and Father of Zainab says ‘Justice is Served’
Married Taxi Driver jailed for 12 Years after Raping a Man