Married Taxi Driver jailed for 12 Years after Raping a Man

Halifax taxi driver, Mohammed Ilyas, who is married and a father, has been jailed after he committed a homosexual act on a drunk passenger.

"His friends, thinking he would be safe, put him in your taxi."

A taxi driver from Halifax, Mohammed Ilyas, aged 44, has been jailed for 12 years after he raped a male passenger he picked up outside a Leeds city centre pub.

A hearing at Leeds Crown Court heard how Ilyas used his taxi service as a means to sexually assault the man after driving him to a remote farm and the impact the incident has had on the male victim.

Mohammed Ilyas was sentenced at Leeds Crown Court on October 18, 2018.

The male victim who cannot be named for legal reasons is in his fifties has been completely traumatised by the incident saying:

“I never go to town alone anymore and will never get a taxi alone again.

“I will never forget this. I don’t know when or if I will ever get over it.”

Mohammed Ilyas, who is married and a father of five children, targeted the man who was drunk after he had left the New Penny pub, known to be a gay bar, on Call Lane in Leeds in May 2016.

The man got into Ilyas’s taxi with the expectation to be safely driven home due to being inebriated after his night out with friends.

However, Ilyas had other plans and drove the man in his taxi to a remote farm area in the early hours of the morning. He then orally raped the man.

At his trial in September 2017, Ilyas denied rape but was convicted by the jury at Leeds Crown Court. 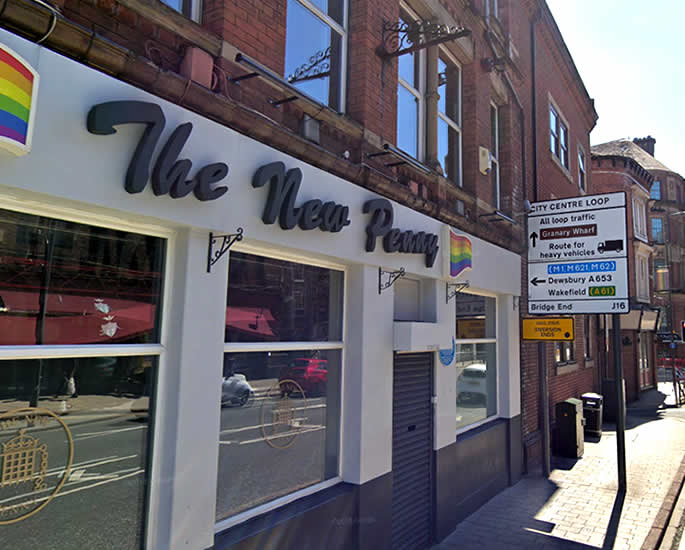 Ilyas was working for Ace Cars at the time and it was revealed that the terms of his licence did not allow him to pick up a passenger without a pre-booking.

Prosecuting, Matthew Bean read out personal statements in court from the male victim. Describing the horrific ordeal as a “nightmare”, he wrote:

“Because of what the taxi driver did to me that night I have at many points been suicidal.”

A Mirpuri translator on behalf of Ilyas translated the proceedings. Ilyas was present for the sentencing via a video link from Her Majesty’s Prison in Leeds.

“This was, and I hope the court will accept this, an isolated incident entirely out of character.”

However, Judge Tom Bayliss QC was not moved by the innocence, saying:

“I’m quite sure that you deliberately parked your taxi outside what you knew was a gay pub, thus deliberately engineering a situation where you found yourself alone in your taxi with a passenger who was incapacitated by drink.

“That passenger had come from a pub, you then committed rape on him, a homosexual rape upon a man who you had seen coming from a gay pub.

“I’m quite sure that you targeted (the victim). It may not have been long in the planning, but once you saw, you stopped your taxi and you targeted him.”

The judge added the irony for his friends saying: “His friends, thinking he would be safe, put him in your taxi.”

Ilyas was then sentenced to jail for 12 years by Judge Bayliss, who also instilled a sexual harm prevention order against Ilyas banning him from contacting the victim and working as a taxi driver.

The judge also instructed that Ilyas’s name is added to the sex offender register for a lifetime.

The case highlights that Ilyas is a gay or bi-sexual South Asian man who got married and had children as per expectations of society and family most likely, but had secret sexual tendencies which came to light from this very unacceptable offence for which he has been jailed.

Nazhat is an ambitious 'Desi' woman with interests in news and lifestyle. As a writer with a determined journalistic flair, she firmly believes in the motto "an investment in knowledge pays the best interest," by Benjamin Franklin.
20 Asian Men convicted for Sexual Abuse of Young Girls in Huddersfield
Indian Teacher Arrested for Marketing Scam worth Rs. 2.5 Crores