Rapist and Sex Abuser convicted as Part of Huddersfield Gang

A rapist and his sex abuser friend have been convicted as part of the investigation into the Huddersfield gang that sexually abused vulnerable girls.

"The whole care system let me down from the age of 11 years old."

Two men that were part of the Huddersfield gang that sexually exploited vulnerable children have been convicted.

They were convicted of child sex offences including rape and abduction of a child following a three-week trial.

Throughout January to October 2018, the investigation has seen 20 men convicted and jailed for a total of 257 years.

One of those men was Mohammed Akram, aged 33, he had been convicted of two counts of trafficking for sexual exploitation and two counts of rape in relation to two victims.

He was just five months into his 17-year prison sentence when he returned to stand trial again in relation to Girl N’s allegations.

It was the third trial that she had given evidence in, on top of multiple police interviews over the years.

She was subjected to seven hours of cross-examination by Akram’s barrister Abbas Lakha QC, as well as giving her evidence-in-chief and being cross-examined by three further defence teams.

The girl had been vulnerable because her mother was a drug addict and she had been taken into care.

She was first sexually abused by Akram, also known as ‘Kid’, at the age of 12. He also raped Girl M before trafficking her and Girl A.

Girl N had been sexually abused by several men, including Mansoor Akhtar, a man who was recruited into the Huddersfield gang by Akram as a teenager.

Akram repeatedly raped the girl in a house a few years later.

During the trial, Girl N said: “The whole care system let me down from the age of 11 years old.”

She also explained that the police broke down the door of a house while she was being abused by Akhtar.

On another occasion, they found her covered in blood in a house with Akram and other older men. 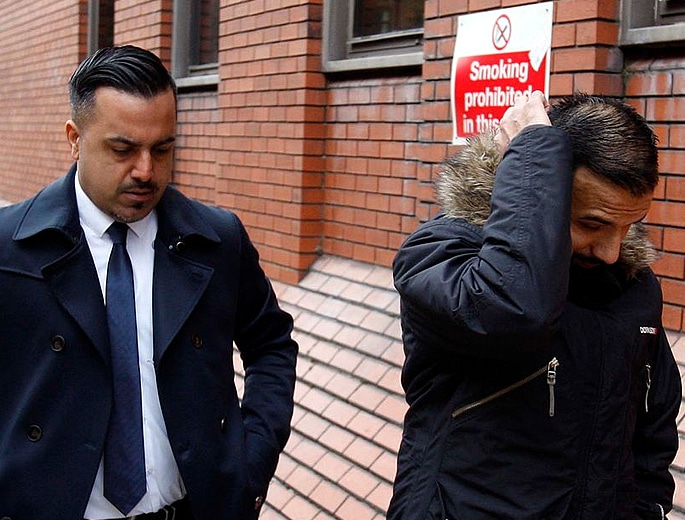 The court heard he began abusing underage girls when he was in his early twenties. He also claimed his friends called him ‘Kid’ because he was short for his age as a child.

Akram was a religious man who lived with his mother in Springdale Street, Huddersfield at the time.

The abuse would usually happen in cars or houses outside the area as he would never take a girl back to his mother’s house.

Akram had accused the victim of wrongly including him in her list of early-on abusers.

He claimed she later lied about her age and had consensual sex with him, asking jurors why she would “go back” to someone who had abused her years earlier.

Usman Khalid, also known as ‘Gujji’, aged 31, was another person who abused Girl N and was standing trial.

The jury took 12 hours and 56 minutes to reach verdicts on the two defendants.

Akram was unanimously found guilty of rape of a child under the age of 13, three counts of rape, abduction of a child and trafficking for sexual exploitation.

He was also found guilty of sexual assault but acquitted of one count of rape.

Khalid, of Huddersfield, was found guilty of sexual assault of a child under the age of 13.

However, jurors were unable to reach a verdict on co-defendants Shahnaz Malik, aged 57, and Naveeda Habeeb, aged 40, who were both charged with child cruelty.

On May 22, 2019, it was announced that a re-trial would not proceed and the charges were left to lie on the file.

Mohammed Akram and Usman Khalid will be sentenced on June 21, 2019.

The investigation into the Huddersfield gang is ongoing and is under the name Operation Tendersea.

Dhiren is a journalism graduate with a passion for gaming, watching films and sports. He also enjoys cooking from time to time. His motto is to “Live life one day at a time.”
Accountant smashed Ex-Wife’s Head on Car for Dating White Man
Modi declares Thumping Victory for BJP in India Elections