"The results prove that people are not yet blaming Mr Modi"

Prime Minister Narendra Modi has declared a victory for his party, meaning he has secured another five-year term following a landslide general election victory.

Mr Modi’s Bharatiya Janata Party (BJP) was on its way to winning 300 of the 543 seats in parliament.

The main opposition alliance, which is led by Rahul Gandhi’s Congress party, has conceded to Modi.

Rahul Gandhi said: “I would like to congratulate PM Modi and the BJP.”

The general election had been widely viewed as a referendum on the prime minister’s nationalist politics. Over 600 million people voted during the process, which lasted six weeks.

Before the elections, it had been predicted that the BJP would lose seats, mostly because of dissatisfaction with the economy.

Modi has not just exceeded exit poll predictions but has also won a larger share of the vote than the 2014 elections.

Prior to Gandhi conceding, the BJP was set to win 300 seats while the Congress party was expected to win less than 100.

A party needs at least 272 seats to secure a majority in the lower house of parliament. 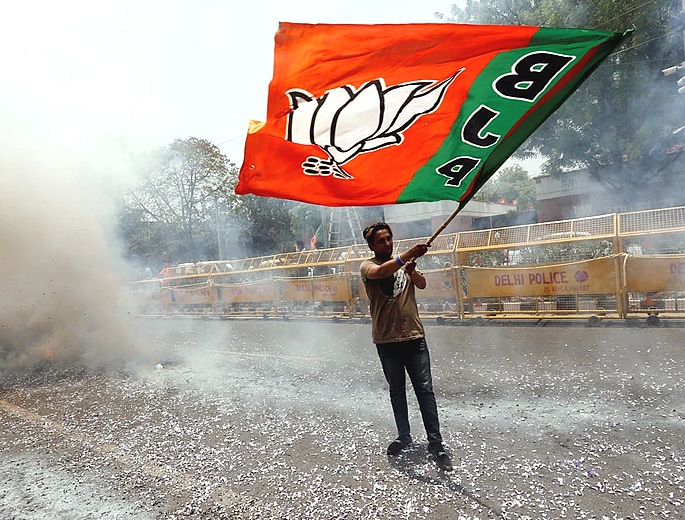 Modi campaigned heavily on national security and on a forceful foreign policy following tensions with Pakistan. This may have swayed some of the 900 million registered voters.

It was the largest election in the world, with voters taking part in seven rounds of voting.

Together we will build a strong and inclusive India.

However, the election win has come under criticism. Soutik Biswas explained that Modi made the election about himself.

He said that unemployment has risen to a record high and many people were hit by the currency ban.

Mr Biswas said: “The results prove that people are not yet blaming Mr Modi for this.

“A combination of nationalist rhetoric, subtle religious polarisation and a slew of welfare programmes helped Mr Modi coast to a second successive win.

“He also mined national security as a vote-getter in a manner never seen in a general election in recent history.”

“It is alright if there’s little development, but Modi is keeping the nation secure and keeping India’s head high.”

Other religious groups have said that his election win will lead to them losing power.

Indian Muslims have claimed that violence against them has risen since Modi rose to power.

In Uttar Pradesh, not a single Muslim candidate was elected despite the state being home to 43 million.

Aftab Syed, aged 33, said: “The very idea of keeping Muslims out of Parliament means you want to disempower them.”

Despite this, Modi’s win resulted in India’s stock market rising 2% to an all-time high.

The politician is viewed as good for business as he simplified the tax system and cut down on corruption. 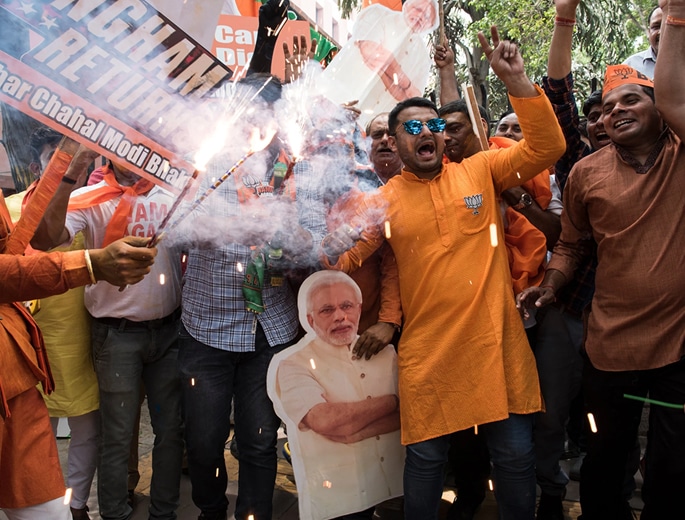 BJP supporters in India and America took to the streets to celebrate Modi’s win. They see him as a leader who is strengthening India’s image in the world.

Indian-Americans cheered each time a result favouring the BJP was announced.

“People saw that this is a leader who is doing good for the country.”

Images courtesy of The New York Times and Reuters.