B&B owner Adam Saleem was jailed for sexually assaulting two girls after luring them into his bedroom to play with rescued kittens.

"He chose to act on his most twisted desires."

The Court heard that Saleem was the owner of a bed-and-breakfast in Hale and the incident happened during March 2017.

A family checked into the B&B and their three young girls, aged four, eight and nine, were keen to play with some of the kittens.

Saleem claimed that Halebarns House, on Hasty Lane, was a sanctuary for rescued cats. He opened his bedroom door and told the girls that they could play with them in his room.

He then shut the door and invited the three girls to sit on the floor while they played with the cats, at which point he sexually assaulted two of them.

The incident came to light in November 2017 when the girl’s father watched a TV programme about a missing child and told his daughters they could talk to him if they ever had encounters with “nasty men”.

The older of the two victims told her mother that Saleem had “touched them inappropriately”, they immediately reported it to the police. 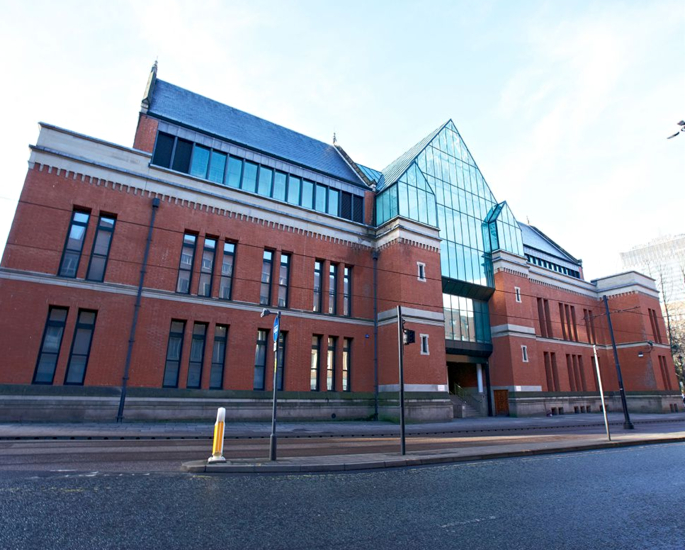 Saleem, a former military intelligence officer and IT consultant denied any wrongdoing and claimed he had fallen asleep when the girls entered his room.

At his trial in August 2018, he was found guilty of two counts of sexual assault of a female under the age of 13.

“Saleem promised a safe haven for travelling guests and unloved cats, but there was nothing protecting these young girls from his abhorrent behaviour.”

“He looked at these girls playing, and instead of seeing a picture of innocence, chose to act on his most twisted desires.”

Adam Saleem was jailed for two years after being found guilty of two counts of sexual assault of a female under the age of 13.

In addition, he was ordered to sign the sex offender’s register for 10 years and is also subject to a sexual harm prevention order for 10 years.

DC Wells added: ” Saleem should feel utterly ashamed of his actions that day, and I cannot thank the girls enough for telling their parents what had happened.”

“I am glad for them that the arduous trial is now over and that they can rest easier, knowing Saleem is behind bars.”

Past guests at Halebarns House described Saleem as “rude, aggressive and intimidating”.

Another guest said: “It was reminiscent of a guest house hotel from a horror film.” Others noted the distinct smell of cats.

Adam Saleem is known to have appeared on Channel 4’s Four in a Bed show, aired in May 2017, where he had “plans to wow his guests with a mix of healthy living and high-tech facilities.”

Dhiren is a journalism graduate with a passion for gaming, watching films and sports. He also enjoys cooking from time to time. His motto is to “Live life one day at a time.”
Shahid Khan brings £140m Superyacht ‘Kismet’ to the UK
Father High on Drugs jailed after 130mph Police Car Chase