Shazad Ali led a police car chase on the A38 between Derby and Burton reaching a maximum speed of 130mph while high on drugs.

"You have absolutely no regard for the motoring laws."

Shazad Ali, aged 32, of Normanton, West Yorkshire was jailed for 20 months at Derby Crown Court for leading a police car chase while high on drugs.

Derby Telegraph reported that he reached 130mph while the Mercedes A-class had three passengers fearing for their lives.

Police became aware of Ali driving the vehicle at approximately 3:30 am on September 18, 2018, in Blagreaves Avenue, Derby.

They spotted him putting his foot down and speeding off from them, topping 100mph in 30mph speed limit residential streets in Littleover, whilst having passengers in the car.

Rebecca Coleman, prosecuting, said: “He turned on to Oaklands Avenue where he reached a speed of 100mph before slowing down to 80mph.”

Ali later went on to the A38 between Derby and Burton in a bid to evade police. 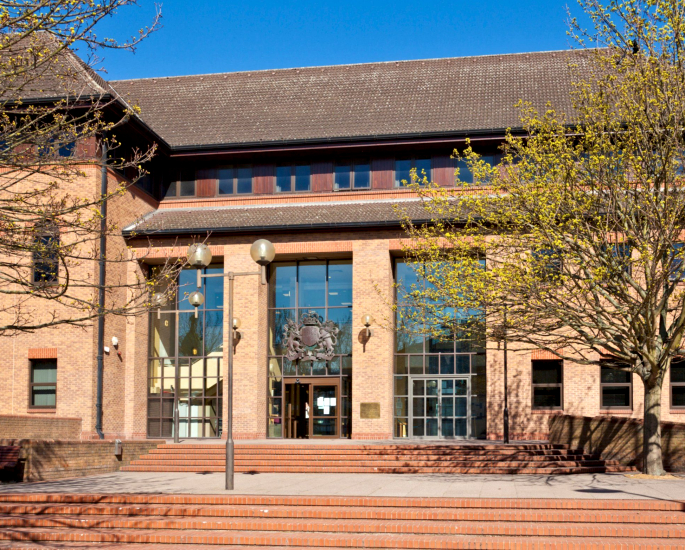 He reached 130mph in which pursuing patrol cars were unable to catch up.

Miss Coleman added: “Police were unable to keep with him such were the speeds.”

“He was overtaking heavy goods vehicles at an estimated 130 mph before finally pulling over to stop in Derby Road, Burton.”

After Ali came to a stop, he tried to flee on foot before being caught by police.

He was tested roadside and was found to be under the influence of cocaine and cannabis.

Police spoke to two of the three passengers in the car.

Miss Coleman said: “One of them said he was picked up by Ali in Derby and felt in fear throughout the journey because of the manner of driving.”

Another passenger said: “It was sheer luck, and sheer luck alone, that no road traffic collision happened and no-one was injured.”

He pleaded guilty to all of the charges.

Judge Jonathan Bennett said: “You have absolutely no regard for the motoring laws that apply to everyone else.”

“You initially drove at 100mph down 30mph streets at various points in Derby.”

“Then you got on to the A38 and got to a speed of 130mph, overtaking vehicles and driving so fast the police could not keep up with you.”

“You then slowed down to a ‘leisurely’ 100mph and when you finally did stop, after doing this for a considerable distance, you tried to run away.”

The Court heard that Ali had committed a number of motoring offences, including two drink-driving convictions and nine for driving without insurance.

Judge Bennett added: “When you were tested at the roadside, you were over the limit for both cocaine and cannabis.”

“But after being taken to hospital because of your heightened state, you then refused to allow any further tests to be carried out.”

“In many ways that is more serious than drink-driving or drug-driving because no-one knows what the true level was.”

Jasmine Kumar, mitigating, stated that Ali is the father of a six-year-old son and the main carer for his elderly mother.

“He told me he had an argument with his partner that night and left in temper taking her car.”

“He is fearful about losing his liberty and throws himself at the mercy of the court.”

Shazad Ali was jailed for 20 months. In addition, he was banned from driving for 70 months.