The Asian Media Awards took places on Thursday, October 25, 2018 at the Hilton Manchester Deansgate to celebrate the Asian talent within media over the UK.

"I believe that a platform like the Asian Media Awards is crucial."

Journalists, presenters and media personalities from across the UK attended the prestigious event to celebrate the best British Asian talent within media.

The premier sponsors of the event were The University of Salford and partners include ITV, MediaCom, M.E.N, Press Association Training, Primesight and The Palace Theatre & Opera House.

Naga Munchetty, Ayub Khan-Din and Faisal Islam were among those recognised for their media work at the 2018 AMAs.

He said: “I’m delighted and honoured to accept an achievement award for a body of work that I hope continues to inform and entertain and hopefully inspire other young British Asian Men and Women to do the same.”

Ayub was presented the award by Sophiya Haque’s sister, Aysha Jamieson after a wonderful introduction showcasing his influence of British films and television.

BBC Breakfast presenter Naga Munchetty was awarded the Media Personality of the Year, in her speech, she shared her journey as a broadcaster. 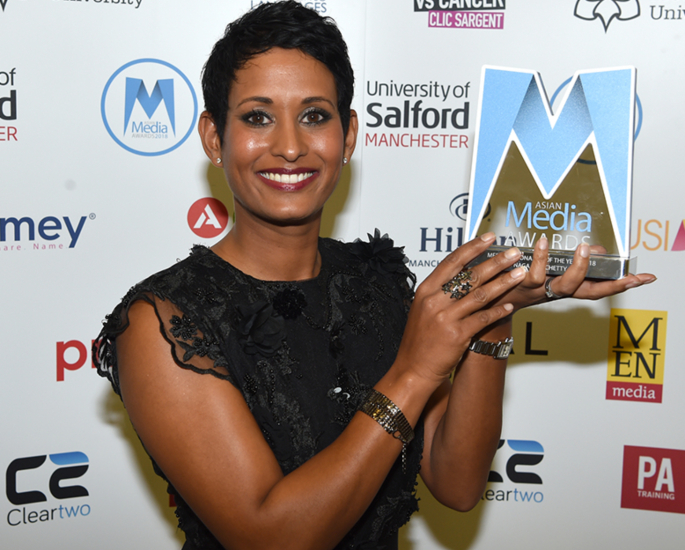 Sky News Political Editor Faisal Islam was awarded the highly coveted MMU Journalist of the Year. He has broken a number of exclusive stories over the course of 2018.

The renowned Best Investigating Award went to Deeyah Khan for his report White Right: Meeting the Enemy, which explores the American far-right.

“I am overjoyed that my ITV documentary White Right: Meeting the Enemy has been honoured at the Asian Media Awards this year.”

“I believe that a platform like the Asian Media Awards is crucial as it continues to draw attention to the diversity of talent in the industry in order to better reflect the societies we live in.”

In TV, Dúaa Karim who rose to fame in BBC Three comedy Man Like Mobeen was named 2018 Best Newcomer. 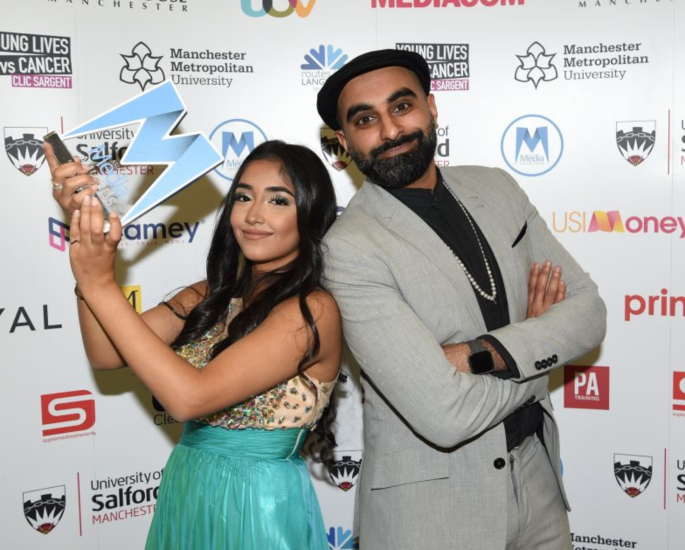 Former Premier League footballer Alan Shearer read the nominations from the Match of the Day studios in a pre-recorded segment, which was won by Seema Jaswal.

Sony TV put an end to Star Plus’ hold on the TV Channel of the Year Award.

Actor Sanjeev Bhaskar was named the Best TV Character for his role in drama Unforgotten as DI Sunny Khan.

Online publication BizAsiaLive beat the likes of BarfiCulture, EasternEye, Pukaar and The Asian Today to win the Best Publication/Website award.

The Best Video Channel Award went to Ali Official which specialises in short form content online has had over 100 million views across his Instagram and Facebook pages.

In radio, BBC Asian Network regained the Radio Station of the Year award from Sunrise Radio. They also won the Best Radio Show award for Late Night with Mobeen Azhar.

Because 2018 will see the 100th anniversary of the ending of World War One, there was a commemoration for those who died.

Lord Gadhia is leading a campaign to honour the South Asians who died said:

“These were predominantly young men who had travelled thousands of miles by ship from their homeland to fight a distant war.”

“Some didn’t even fully appreciate the cause they were fighting for, but they did their duty and their nation proud.” 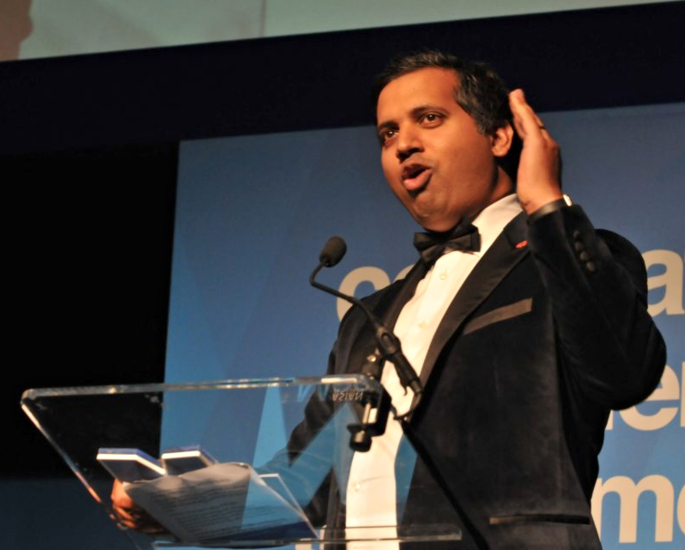 Here is the full list of winners for the 2018 Asian Media Awards:

Media Professional of the Year

Media Agency of the Year

‘As British As’ Campaign

The Boy with the Topknot

Sanjeev Bhasker for his role as DI Sunny Khan in Unforgotten

TV Channel of the Year

TV Report of the Year

Child of the Divide

Regional Radio Station of the Year

Radio Station of the Year

Regional Journalist of the Year

Sports Journalist of the Year

MMU Journalist of the Year

Media Personality of the Year 2018

The 26 winners prove that the Asian Media Awards can only get bigger and better. Congratulations to all of the winners.