The Asian Viewers Television Awards 2018 celebrated the best in Asian TV and media. DESIblitz presents all the winners and highlights from the 5th edition.

"Her energy is amazing and she’s on to something bigger and better.”

Under the leadership of founder and media legend Rajan Singh, the AVTA team put together another great event.

The 2018 awards celebrated the best of Asian television and talent, covering areas such as entertainment, broadcast and reality shows.

AVTA 2018 saw high profile guests from the world of television and media, along with prominent British Asians grace the event.

Celebrity TV personalities from both Indian and mainstream British shows were in attendance. 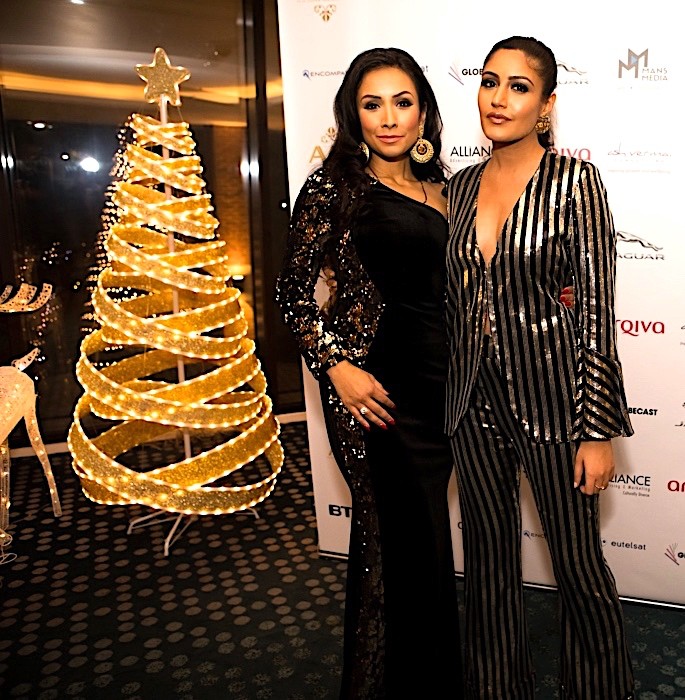 Raxstar, Navin Kundra and Naughty Boy representing the music industry made an appearance. There were also a number of media and TV professionals from their respective channels.

The charming and charismatic TV actor Karan Tacker hosted the evening, interacting well with the audience and presenting some fantastic humour along the way.

Speaking about hosting the awards for the last 5 years, Tacker exclusively told DESIblitz.com:

“When you start hosting the show from its inception and you are growing with the show over the past 5 years, it’s always great and there’s an amazing connection with the people that are a part of the show.

“It’s an honour to come back every year.”

Winners from the night received their awards across 12 different categories. 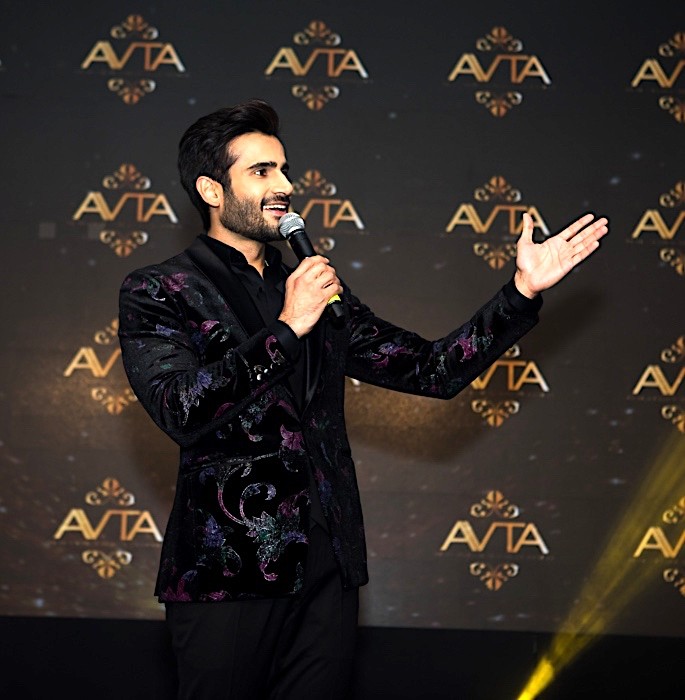 Indian TV actress Surbhi Chandna accepted two awards for ‘Female Actor of the Year’ and ‘Soap of the Year’ with Ishqbaaaz.

It was a big night for Star Plus and Surbhi Chandna as it is the second consecutive year that they won the same three awards including ‘General Entertainment Channel of the Year.’

“This is the first time I’ve come to London for the awards. And it is the right time of the month to be here with Christmas and New Years.

“And the cherry on the cake is the Asian Viewers Television Awards. Last time I won the award and was not personally here to receive it, but this time I am here!

“The international recognition makes you feel on top of the world!” 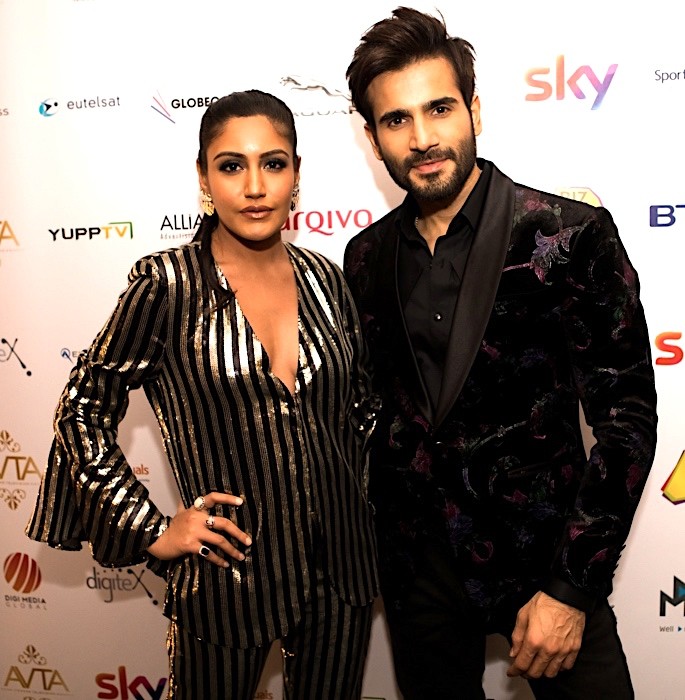 When asked by DESIblitz.com about the popularity of Ishqbaaaz, Surbhi said:

“Ishqbaaaz is doing very well for itself. It is not just aired in India in Star Plus but I watched it in Dubai on a local channel and it is going to start airing in Indonesia.

“You don’t imagine when you take up a show like that, that it will reach so many countries!”

With many TV actresses making their Bollywood debut in the last few years, including Mouni Roy in Gold, DESIblitz.com asked Chandna if she was going to take that route.

She replied: “My inclination towards Bollywood is not too much but as I say, never say never!” 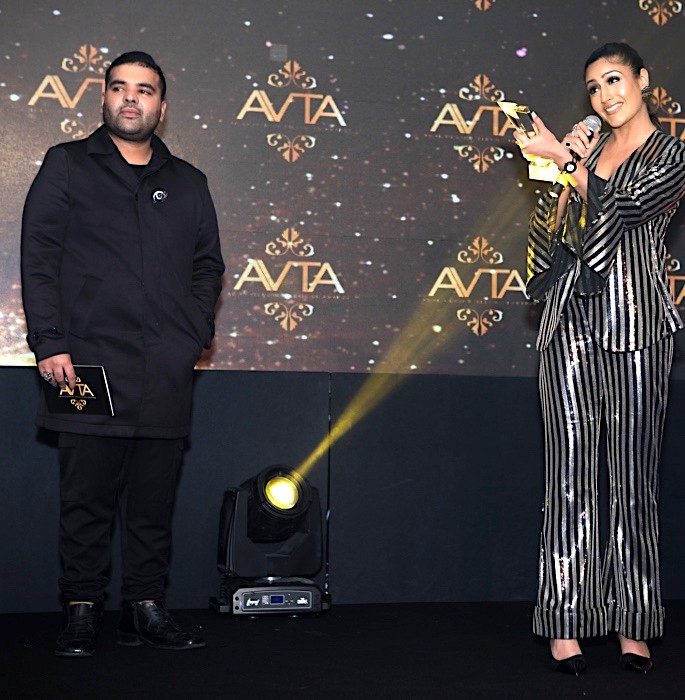 Record producer and musician Naughty Boy who presented the award to Surbhi mentioned:

“It’s nice to see her winning again and again and I was glad to present it.

“Her energy is amazing and she on to something bigger and better.”

Naughty Boy revealed to DESIblitz.com how his mother is a fan of GEO TV, winners for the ‘Urdu News Channel of the Year.’

Naughty Boy also disclosed that he has a new album coming up in 2019. 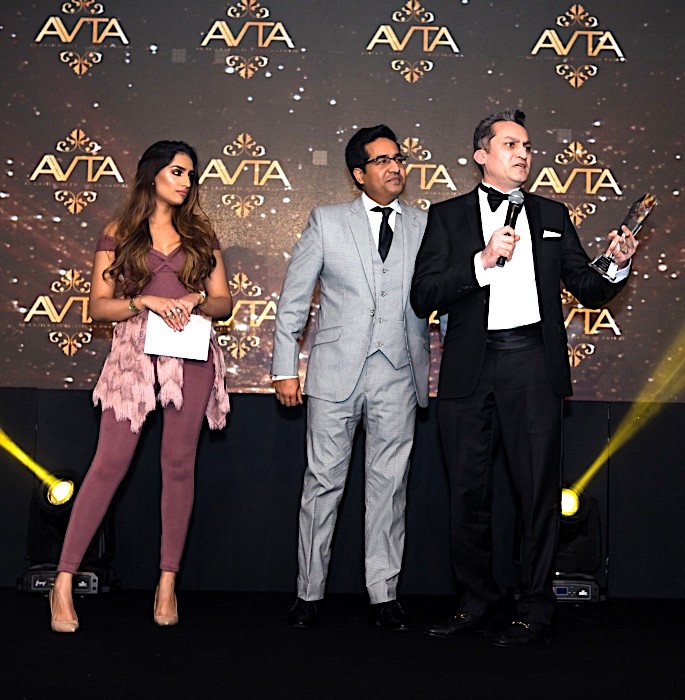 Another artist who has a number of music projects in the pipeline is British Asian rapper, Raxstar. He spoke to DESIblitz.com saying:

“There will be more singles, starting with my new single called ‘More,’ – more collaborations and great things happening. I dabbled in Bollywood a bit this year [2018[ so there may be some planned for next year.”

“It is great seeing all the nominees and the people that have been working extremely hard.”

Jasmine Kundra, a participant from The Apprentice in 2018 also presented an award. 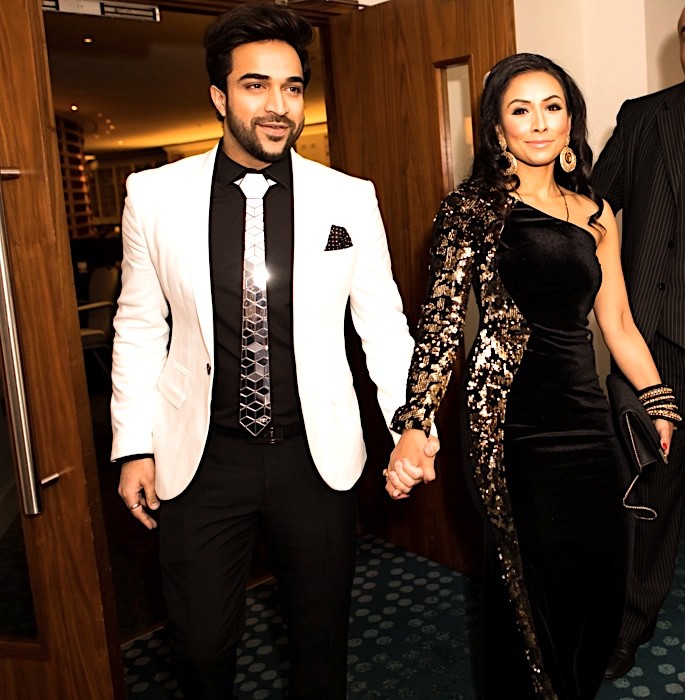 She explains to DESIblitz.com how special 2018 had been with the show:

“It was this time last year [2017] when my husband purchased a copy of Alan Sugar’s autobiography for Christmas.

“I was so inspired by his story and it made me want to really be a part of this man’s life and his business enterprise.

“I decided to take the plunge, believe in myself and apply.”

“Sometimes making that first step can be the difference that changes your life. I learnt that stepping out of your comfort zone is a great thing even though it may be difficult at the time. And I never regretted it since!

“The Apprentice was an amazing experience and provided such a great platform. It’s really something that is a perfect mix between business and entertainment. Being part of it you learn so much and was an incredible experience.” 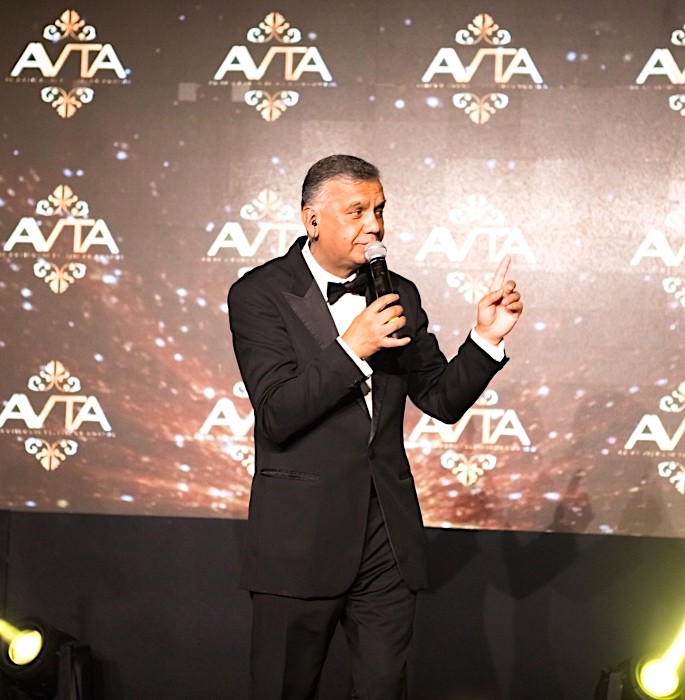 Earlier, prior to handing out the awards, founder Rajan Singh welcomed guests and briefly touched upon some of the successes of 2018.

The audience also got to enjoy some musical performances. Whilst Navin Kundra did open the evening with Indian classics, a talented mother and her daughters sang Western classics.

Following a lush champagne and canape reception, the audience were served a delicious 3-course Indian meal, courtesy of the famous Madhus.

AVTA is one of the few award events that acknowledge the work of Punjabi, Bengali and Urdu channels alongside Indian television. 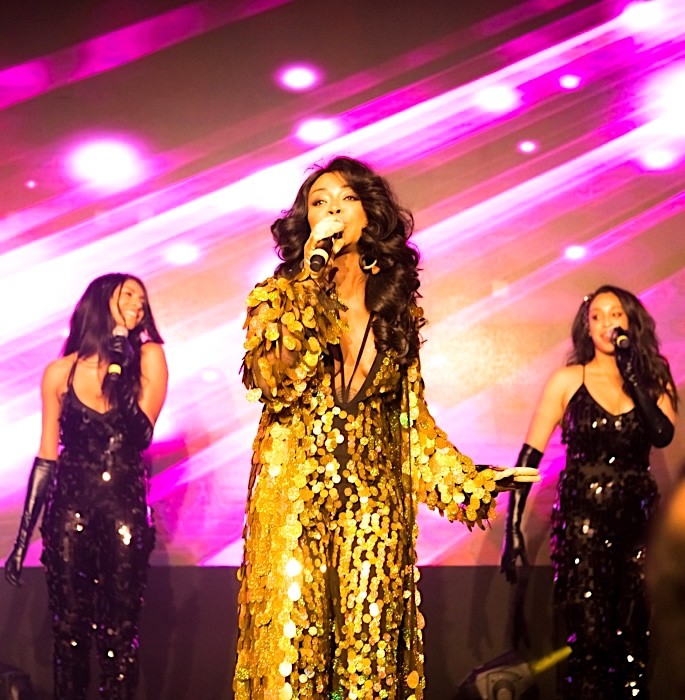 The winner for the ‘Lifetime Achievement Award’ was media entrepreneur Javed Hussain.

He mentioned though there were just a few Asian TV outlets initially broadcasting limited hours, viewers would still tune in to watch.

However,  despite more channels and airtime, he feels that audience relevance has been lost. He felt Asian TV channels should target and cater programming for young British Asians in the future.

Following the awards show, there was an afterparty, where Kikli Roadshow did play the best in R&B and Bhangra. Guests danced the night away till 2 am at the Hilton hotel.

Here is a full list of award winners at AVTA 2018:

Soap of the Year
Ishqbaaaz

General Entertainment Channel of the Year
Star Plus 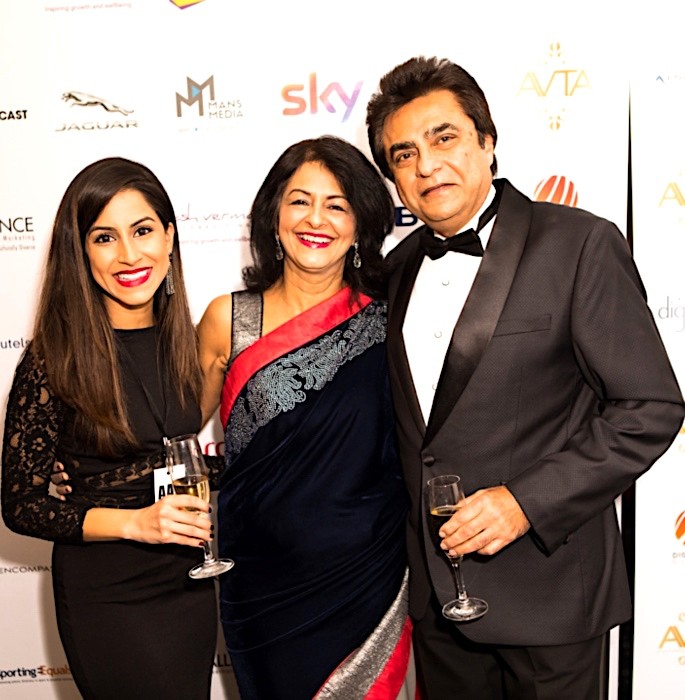 The 5th annual Asian Viewers Television Awards, celebrating the best of Asian television in the UK were successfully held at the Hilton Terminal 5 Hotel on December 15, 2018.

DESIblitz.com congratulates all the winners of this unique awards event and looks forward to the sixth edition in 2019!