The first ever Asian Viewers Television Awards were held at the Lancaster London Hotel on 18 October 2014. Distinguished guests attended the glittering ceremony, which celebrated the best of Asian TV. DESIblitz has all of the winners.

The inaugural Asian Viewers Television Awards, also known as AVTA, were held at the exquisite Lancaster Hotel in London on Saturday 18 October 2014.

The Awards recognised excellence across Asian television, honouring creative and inspiring individuals. As part of the selection process, viewers had the unique opportunity to vote for the winners under nine separate categories.

Expressing his thoughts about the event, Karan tweeted saying: “What a crowd! What a night! LOVE my job! #avta avta #london.” 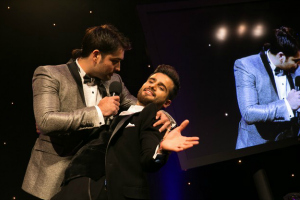 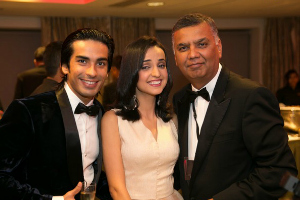 Mohit Sehgal picked up the ‘Best Supporting Actor’ award for his role in Qubool Hai, produced by 4 Lions Films.

It was double celebration for NDTV 24×7 as it bagged ‘News Channel of the Year,’ whilst Group Editor and Senior Anchor Person, Barkha Dutt received the award for ‘News Presenter of the Year.’

British singer, Lemar, most famous for the track ‘If There’s Any Justice,’ performed at the Asian Viewers Television Awards. The official event planner for the ceremony was Digi Media Global. Digi Media’s team executed the evening very well, putting up a classy event.

AVTA supported the Silver Star Charity, a registered Charity operating in the UK and India.

The Charity runs Mobile Diabetes Units (MDU), which have a key role in carrying out important diabetes tests, along with promoting culturally sensitive healthcare in the major towns and cities of Britain. 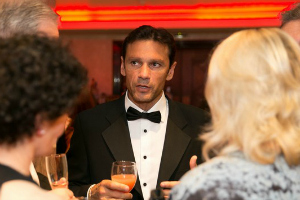 There are currently over three million people diagnosed with diabetes in the UK. Considering there are over one million people unknowingly suffering from type 2 diabetes this was an important cause to support.

Everyone who attended gave positive feedback, particularly praising the organiser of the event, Rajan Singh.

Whilst appreciating the former Star Network Executive, Preeya Kalidas tweeted: “Thankyou @rajansinghmedia for one of the best events to celebrate talent @avtaofficial.”

Here is a full list of the categories and winners at the 2014 Asian Viewers Television Awards:

AVTA is certainly a refreshing event, which has truly promoted the best of Asian television in a global context. It will be interesting to see whether AVTA changes location and increases the number of categories for 2015.

With Rajan Singh being at the forefront of the Asian Viewers Television Awards, next year’s event can only get bigger and better. Congratulations to all of the winners!