The Asian Business Awards Midlands was a grand affair in Birmingham’s prestigious Edgbaston Cricket Ground. With celebrities, politicians and the UK’s pioneering Asian business men and women, the evening recognised some of the leading entrepreneurs of 2014.

"New generations are continuing the success of their fathers and grandfathers."

The Asian Business Awards travelled to Birmingham to celebrate one of its key Asian business constituencies; the Midlands.

The Midlands has seen a boom in enterprise and business owing to to its large Asian population. Once the heart of the nation’s industry, Birmingham and it’s surrounding areas continue to be one of the most thriving and innovative regions of the UK.

Set up by the Asian Media & Marketing Group, the Asian Business Awards Midlands is in its second year and also sees its annual release of the regional Rich List 2014. 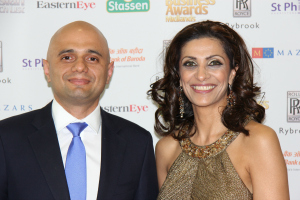 This year it was topped by food manufacturers, Ranjit and Baljinder Boparan who have seen an incredible net worth of £1.3 billion.

Held at the chic Edgbaston Cricket Ground, the ceremony invited guests from across the Midlands and the UK to recognise the booming entrepreneurship of the area.

The event Asian Business Awards, Midlands was hosted by ITV news presenter, Sameena Ali Khan, who stunned in a gold dress. She was joined by a considerable line up of celebrities.

Mixing the world of politics, television, music, and of course business. The red carpet saw the likes of Taz Stereonation, BBC weather girl, Shefali Oza, Arshia Riaz, Tommy Nagra, Paul Uppal MP and the guest of honour for the night, Sajid Javid MP. MP Javid who sees his roots from Birmingham is the newly appoint Secretary of State for Culture, Media and Sport as well as Minister of Equalities.

Happy to be invited back into Birmingham, the minister said: “It’s great to be in Birmingham at this inspiring event. Our economy depends on a thriving private sector which is why this Government is working tirelessly to support businesses and cut red tape. Not only that, we are creating a fairer society where hard work and ambition can reap rewards and secure a better future generations to come.”

The awards themselves honoured ten inspiring individuals and businesses from all sectors of enterprise who have achieved a considerable amount over the last 12 months. 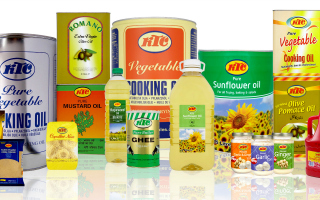 The top prize of the evening was taken by KTC Edibles, which was named Asian Business of the Year. The Wednesbury company contribute 250 million litres of cooking oils and fats to the food industry each year.

KTC is an incredible example of how a family business owned by Sukhjinder and Santokh Khera has become a familiar name in the households of British Asians across the UK and even abroad.

Other awards included Best Restaurant of the Year which was won by popular central Birmingham eatery, Pushkars on Broad Street. Fast Growth company of the year went to MPK Garages.

Dan Amin of Exclusive Cakes 4 U, a wedding cake company based in Coventry was awarded Young Entrepreneur of the Year. While Professional of the Year was awarded to Mitesh Patel from Levenes Solicitors.

Lord Swraj Paul, who came in second on the Asian Rich List Midlands, is head of the Caparo Group which also won International Company of the Year.

Founded in Oldbury in 1968, Caparo Group deals in the steel industry, while also building niche engineering products. While Lord Paul is a British industrialist, the NRI has growing presence in India. 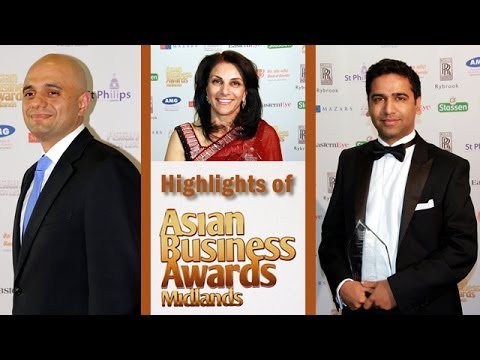 Editor in Chief of Asian Media & Marketing Group, Ramnikal Solanki admits: “It is amazing how many new businesses we come across and just how dynamic the region’s entrepreneurs are.

“This was and remains an incredible powerhouse of economic activity and it should come as no surprise to seasoned business analysts or economists that the region once again appears to be on the up and leading the way.”

Here are the winners of the Asian Business Awards Midlands 2014 are:

It is clear that Asian businesses are entering their seasoned stage, as many family based companies that were set up decades before are now being run by sons and daughters. These new generations are bringing with them new and innovative ideas and are continuing the success of their fathers and grandfathers.

Eric Williams of Mazars Accounting explained: “The drive and ambition that characterised those early Asian entrepreneurs was often built from deprivation, which in itself produces ambition and drive.

With the Asian Business Awards are a clear indicator of how Asian businesses and the community itself continues to progress, we can be certain there will be no shortfall of young entrepreneurs in the future. Congratulations to all of the winners.

Aisha is an editor and a creative writer. Her passions include music, theatre, art and reading. Her motto is “Life is too short, so eat dessert first!”
The Asian Rich List Midlands 2014
Child Sexual Abuse exposed in Punjab