Birmingham welcomed the Asian Business Awards Midlands 2014 on May 9. Celebrating the growing entrepreneurial spirit within the region, the swanky ceremony also announced the 51 business pioneers for the Asian Rich List Midlands 2014.

"It is an inspiring picture and one that should energise entrepreneurs everywhere.”

The Edgbaston Cricket Ground opened its sporting doors for the release of the Asian Rich List Midlands, 2014. A swanky affair, the 51 wealthiest Asians in the region were formally announced at the Asian Business Awards Midlands.

Published by Eastern Eye under the Asian Media & Marketing Group, the Asian Rich List Midlands (a sub-division of the national version) is in its second year, having launched in 2013.

The 51 names and represented companies amount to almost £4.3 billion altogether, an incredible figure for the UK’s second city and its booming economy. 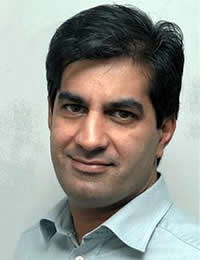 The combined wealth is on an increase from the previous year by more than £135 million, and is a great indicator of how much Asian businesses have been successfully profiting and expanding over the last 12 months.

For 2014, the list was topped by food manufacturers, Ranjit and Baljinder Boparan with an estimated wealth valuation of £1.3 billion.

The food manufacturers also sit very comfortably at number 5 in the national Asian Rich List for 2014, and are arguably the most successful enterprise within the Midlands region. The husband and wife company, Boparan Holdings own Northern Foods and 2 Sisters Food Group.

Despite the economic difficulties that the nation continues to face, the Boparan’s have still managed to make a £150 million profit in the last year. Ranjit says:

“Our strategy remains in working with our customers to drive organic growth aligned with utilising our experience of turning around acquired businesses and integrating them into our Group to bring about long term growth benefits.”

In second place on the list were Lord Swraj and Angad Paul. The manufacturers who own the Caparo Empire have an estimated wealth of £750 million. Interestingly the company has seen a fall in net worth over the last 12 months, having lost £95 million.

“Across the globe there has been a period of difficult economic times. As we enter the recovery phase, it is a good time to concentrate on securing global economic revival, ensuring sustainability and development for years to come.”

Of their countless projects, Caparo have launched a battery run e-rickshaw for the Indian market which they are looking to expand across the country.

The Top 10 wealthiest Asians in the Midlands are:

Of those who narrowly missed out on the top 10 list were Sukhjinder and Santokh Khera of KTC Foods who came in 11th place with £55 million, and Perween Warsi (S&A Foods), a housewife turned millionaire, with an annual profit of £40 million came 16th.

Also on the list was Helen Dhaliwal of Red Hot World Buffet. Alongside husband Parmjit Dhaliwal, the couple are new entry’s to the list with an estimated valuation of £23 million, ranking them 33rd. Opened in 2004, they specialise in Indo-Chinese fusion restaurants.

Of the 51 millionaires that have made this list, 36 have seen an increase in net worth, with six new entries. Judging them were an expert panel of four from the world of finance and business journalism, including Suneel Gupta, Shailesh Solanki, Unnikrishnan Nair, and Amit Roy. 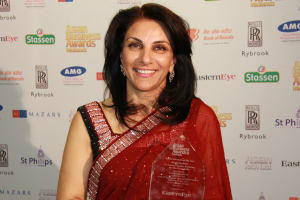 Executive Editor of Asian Media & Marketing Group, Shailesh Solanki, said: “This is the second year that we have published a dedicated list for the Midlands, as we feel there is so much talent that needs to be recognised in the region.

“It’s very interesting to see some of the core industries like food, fashion and manufacturing still maintain a stronghold in the region, but we are starting to see the community spreading their wings and entering new sectors such as pharmaceuticals, petrol forecourts and nursing homes, to build hugely successful businesses.”

He added: “The overall increase in combined net worth shows that despite the challenges of the general economy, many business leaders in the community have seen opportunity and potential and moved quickly to capitalise. It is an inspiring picture and one that should energise entrepreneurs everywhere.”

The Asian Rich List allows nominations for those business leaders who can prove at least a £10 million turnover. For 2014, the list has welcomed numerous young men and women who have shown a clear aptitude for entrepreneurship and success.

While recognising individuals themselves, the list also indicates how much British Asians are greatly contributing to the UK economy, both on a regional and national level. Such a list can only inspire others within the community to take their own chances in the business world. We look forward to what the new year brings for the booming businesses of the Midlands’ Asian community.

Aisha an English literature graduate, is a keen editorial writer. She adores reading, theatre, and anything arts related. She is a creative soul and is always reinventing herself. Her motto is: “Life is too short, so eat dessert first!”
The Voice of British Asian Female Bloggers
Winners of the Asian Business Awards Midlands 2014