"I use my blog to communicate; to initiate discussion and create positive change."

In a world of social media hype, on-line writing has become the new way to express thoughts, opinions and experiences. For British women especially, blogging offers the chance to unleash daily musings to a global audience.

From food, fashion, events, real-life stories and current affairs, these women have empowered themselves to matter.

It is a vital lifeline. Our opinions, however political, humorous or sensitive are essential to the freedom of speech; and as women, these writers have a clear right to express themselves, and even delve deeper into the taboos of the British Asian community, like gender inequality, disability, sex or abuse.

These bloggers attempt to take the ‘submissive Asian woman’ and throw it on its head through the power of writing. Forming a strong sisterhood, they openly speak about their own experiences and of others, and so empower and enlighten themselves and their readers.

With that in mind, DESIblitz have selected some of our favourite female bloggers who are proudly carrying the mantle for the modern British Asian woman. 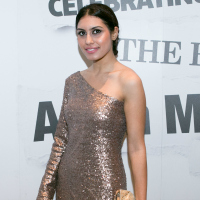 Anila is an experienced writer and broadcast journalist. Having interviewed high profile celebrities, she represents the progressive British Asian woman of the media industry:

“I use my blog to communicate; to initiate discussion and create positive change. Much of my blog represents me because I write from the heart. My blog covers any topic I am passionate about. I love the power of writing!” Anila tells us.

Here is an extract from Anila’s blog, ‘One Street, the State Welfare, a Nation in Uproar’ on Channel 4’s documentary, Benefits Street:

“Factual programmes and documentaries can be controversial because they focus on a very specific topic. The programme is not dishonest journalism, but selective. It isn’t a representation of Britain or even the entire street as a working couple were not featured in the programme.

“But the programme has been branded as a generalisation of people on benefits whereas I believe that it is the viewers that are generalising.” 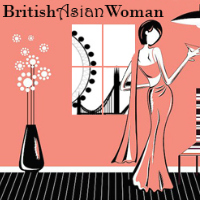 British Asian Woman blogs about issues of identity and public perceptions: “I started blogging because I couldn’t find anyone on-line talking about what it really means to be British Asian,” she tells us.

“The British Asian press report on news and events in our community and there is plenty of talk about Bollywood and cricket. But I couldn’t find anyone asking challenging and even controversial questions about the issues we face.”

Here is an excerpt from British Asian Woman’s blog, ‘What’s wrong with dating like Westerners?’

“Inter-marrying of castes, religions and races lays the foundation for a different community of tomorrow: mixed race children, mixed caste or mixed religion children (if there is such a thing) means a very different British Asian community of the future.

“That’s multiculturalism at work. And for those among us who are fiercely loyal British Asians, well it’s that erosion that is wrong with us dating like Westerners.” 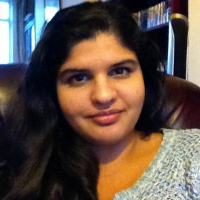 “I began blogging 2 years ago as a way of coping with how I was feeling at the time. It’s always been an inbuilt habit of mine: whatever is going on inside always ends up being put onto paper in the form of words.”

Here is an extract from Chayya’s blog, ‘Inner Lion’:

“Back in the day I was a fierce child; my favourite words were: “No!” and “kutha” (Punjabi derogatory word) and I sounded like a small, brown, female version of Del Boy.

“In my heart and mind’s eye, I was a 6ft fierce lion with a lush mane who was not afraid of anything or anyone.” 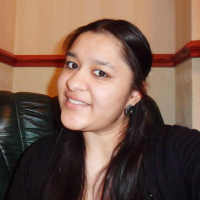 Harpreet is a keen journalist blogger who loves to write about British Asian lifestyle, including food and fashion:

“I feel people generally like to know about other people’s life and what they get up to half of the time and they can relate to it, or even find out something new,” Harpreet tells us.

You can find Harpreet on Twitter: @HarpzJourno. Here is an extract from ‘Asiana Bridal show 2014’:

“Out of all fashion events that are taking place this year, Asiana Bridal Show 2014 should be the event that is listed right at the top.”

“The show is thoroughly enjoyable, some of which even having a theme running through it, designers showcase their collection with matching jewellery so you don’t have to go looking for it. It is all done for you. How great is that?!” 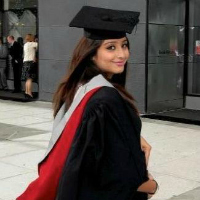 Taran describes herself as a ‘British Asian feminist blogger’. Her writing focuses on issues related to sexism, sexual abuse and cultural and gender expectations within British Asian society.

Not afraid to express her own mind, Taran admits that she enjoys ‘challenging the patriarchy’. Here is an extract from Taran’s blog, ‘International Women’s Day and why it should matter to British Asians’:

“Some Asian men are cool granted, I know some wonderful ones. However I have encountered many that still have an attitude of an immigrant having just entered the country in the 60?s.

“Despite enjoying their own lifestyle choices of ferreting about with friends, drinking like fish and shagging away – for some strange unknown reason they are not actually so happy with the concept of an Asian girl doing the above.”

All of these women offer a unique and individual style, showing the incredible diversity of thought that exists within the Asian community.

As bloggers, these women have become the new generation of activists and campaigners – with the ability to reach a far wider audience than one could have ever thought possible 25 years ago.

What these bloggers do then is essential. Our community is far from perfect, but through open discussion, positive change can be encouraged; and these female bloggers promise just that.

Aisha is an editor and a creative writer. Her passions include music, theatre, art and reading. Her motto is “Life is too short, so eat dessert first!”
University Life for British Asians
The Asian Rich List Midlands 2014