Exploring creativity in a digital age, Alchemy 2015 opened its doors to ‘Bloggers, Vloggers and the YouTube Generation’. DESIblitz has more from this engaging debate.

“It is the nature of the beast, you have to be prepared for what comes with it.”

Since the birth of YouTube, people have been finding more ways to express themselves creatively. This new technological age has led to a rise in younger generations of British Asians utilising this media platform in multiple ways.

Young Gujarati, Planet Parle opened up his YouTube channel in November 2013, and has over 30,000 subscribers. Many of his videos are a comedic, almost satirical, take on Indian Gujarati life. 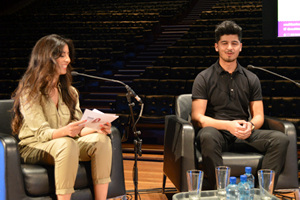 Interestingly, the success of these three YouTubers is due to the specialised niche of informative entertainment they offer. Planet Parle for instance, found a gap in the market for a Gujarati YouTuber:

“Gujarati’s have their own set of problems, so I thought, why not!” he says. His first video was about Garba – a Gujarati folk dance which is performed during a 9 day festival.

In comparison, Lord Aleem teamed up with two good friends who he met at a car show and started to transform his channel and changed the dynamics of his videos. After reviewing cars, Aleem stepped into the world of vlogging in the hopes of changing the people’s perceptions of Pakistan and to remove the current stigmas that surround the country. 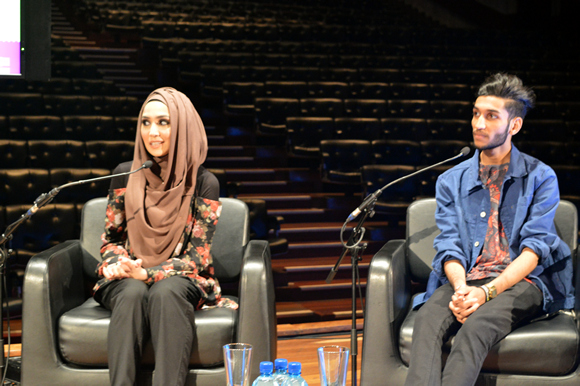 But this online world is as of yet still largely unexplored, and YouTubers find they have to navigate through the waters of this virtual world, and deal with both the positive exposure and the negative backlash that can arise.

As Lord Aleem says: “Things have changed so much for me in the past year and a half, like, you see figures on the screen – 10,000, 20,000, and you think that’s okay, I need more. If you actually put even 10 per cent of that figure in front of you, that’s actually quite a lot of people.

“When people see you, they get excited, they build an attachment to you, through YouTube and it can get quite dangerous.”

There is a lot of pressure for new YouTubers on the scene to receive positive feedback and comments, but there are good and bad people out there, so it is imperative to grow a thick skin.

Amena says: “It is the nature of the beast, you have to be prepared for what comes with it.” 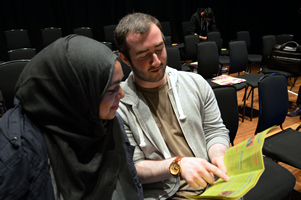 Through making videos and uploading them onto this social platform, these young British Asians have given themselves autonomy.

Unlike previous generations of Asians, they have carved out a different future, albeit less certain, than the ones their parents had planned out for them.

But it seems that elder generations of Asians are becoming increasingly aware of this virtual world and are now more accepting of the roles that this new world can provide.

With this surge of Asian YouTubers, Instagrammers and Tweeters, a whole new market is opening up and many parents have become open to the idea of the opportunities in creative industries, especially in ways that allow Asians to represent their culture and heritage.

But of course with rise in popularity for YouTube stars there comes a sense of responsibility to be good role models for younger viewers.

As the YouTubers explain, they represent ethnic minorities from around the world with many non-Asians watching their videos.

Parle explains he even receives messages of support from Gujarati’s living in Nigeria – thus vlogging connects your bedroom screen to a larger world out there. 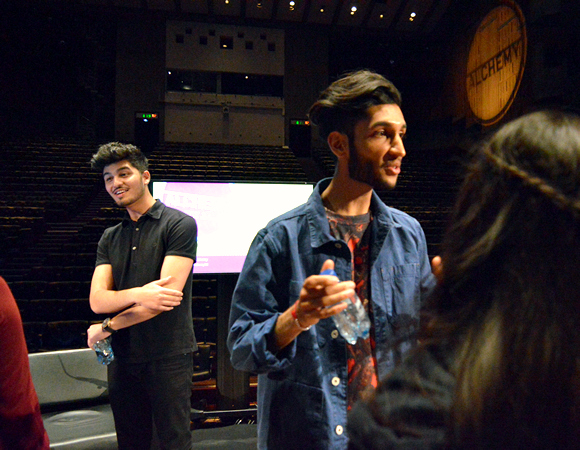 Becoming a beacon to young viewers who aspire to be like them, these three YouTubers are definitely great role models. They keep their videos family friendly and avoid foul language.

It allows each of them to channel their creativity to greater depths and stand apart from the hundreds of other YouTubers out there.

So what are their Top Tips for new and emerging YouTubers?

The inspiring talk from the young YouTubers left quite an impression on the Alchemy crowd. One audience member, Yunus Nas, 21, said:

“I stumbled upon this event, I hadn’t even planned to come along and it has inspired me to start a channel about something I love – which is greener technology. I’m excited for the future.”

The fact that young generations of British Asians can find clear role models in the digital age of bloggers, vloggers and YouTube is certainly a reassuring one.

For more Alchemy 2015 events at the Southbank Centre, visit their website here.

Farhana is a creative writing student with a love for all things anime, food and sci-fi. She loves the smell of freshly baked bread in the morning. Her motto: "You can't bring back what you've lost, think about what you have now."
Top 5 Sri Lankan Authors
Indian Art Week 2015 returns to London