Popular Pakistani singer Atif Aslam is known for his melodious voice. Yet, what many do not know is that he has got an impressive female singing voice.

Atif Aslam has unlocked another one of his talents.

One of Pakistan’s most renowned playback singers Atif Aslam has shocked fans with his incredibly hilarious yet amazing female singing voice.

Atif made his Lollywood debut in the 2011 thriller film, Bol opposite Humaima Malik, Mahira Khan, Iman Ali, Shafqat Cheema and many more.

Bol (2011) revolved around a religious family who refuse to accept their transgender son. This results in tearing the family apart.

As well as acting, Atif Aslam went on to captivate fans with his amazing singing voice.

Atif has sung many melodious songs in Pakistan as well as across the border. 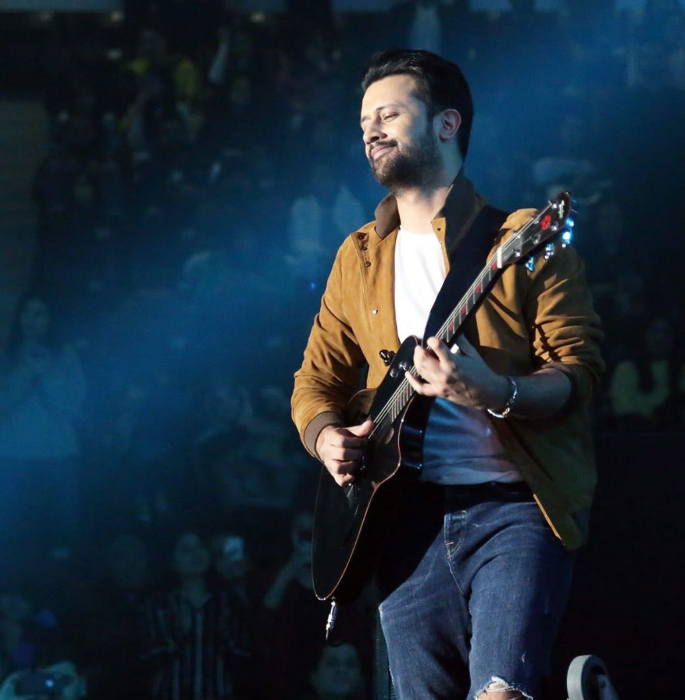 The singer has accolades to his name including the fourth-highest award given to civilians in Pakistan, Tamgha-e-Imtiaz.

Atif has also won several Lux Style Awards and received The Dubai Walk of Fame Star for the Best Singer in Pakistan.

Meanwhile, during the coronavirus lockdown, many celebrities worldwide are interacting through online interviews.

“In reply to a question last night in @realshoaibmalik’s Live session #AtifAslam sang a song in Female voice he proved again he just don’t have a good voice as a male but in a female version as well.

“What a super talented guy he is. Ek He Tou Dil Hai Kitni Bar Jeeto Gay Sir hats off. Lots of love.”

“You have already done push-ups, now sing in a female voice with a mask on. Can you do this?”

Atif can be seen going to get a mask while Shoaib Malik is laughing at the challenge.

Atif says, “I feel embarrassed to sing in a female voice. I’m trying to think of a song to sing.”

In the video, Shoaib is seen swaying side to side as Atif is singing.

Fans shared their shock by commenting with heart eye emojis and laughing emojis.

It appears the amazingly gifted singer, Atif Aslam has unlocked another one of his talents.

Ayesha is an English graduate with an aesthetic eye. Her fascination lies in sports, fashion and beauty. Also, she does not shy away from controversial subjects. Her motto is: “no two days are the same, that is what makes life worth living.”
12 Best Bollywood Alcohol Songs full of Nasha
Guru Randhawa releases first-ever Spanish song with Pitbull