In a viral video, Atif Aslam abruptly ended his concert after seeing male audience members harassing women in the crowd.

"Really disappointed with what happened."

The concert took place at the Jinnah Convention Centre in Islamabad on December 10, 2021.

After witnessing some of the male audience members harassing women and families, Atif paused his performance to address them.

He told the harassers that they should give women some space.

Atif went on to say that women and families in the crowd should be free from any sort of harassment.

The playback singer then resumed his performance.

However, upon seeing male audience members continuing to harass the women, Atif stopped his concert in anger.

A lack of action from the security staff prompted the singer to walk off the stage.

He later spoke to a member of the management staff, saying that the sanctity of womanhood must be protected at all costs.

One member of the crowd apologised to Atif for the incident, stating that there is always a small minority of people who ruin it for everybody.

“Really disappointed with what happened. Please call out the management, so that this does not happen again. Love from Islamabad.”

“Don’t be sorry. I love Islamabad. At least we saved the families from any mishap by stopping the event.”

While it was a shocking incident, this is not the first time that harassment has happened at an Atif Aslam concert.

Watch the Incident in Islamabad 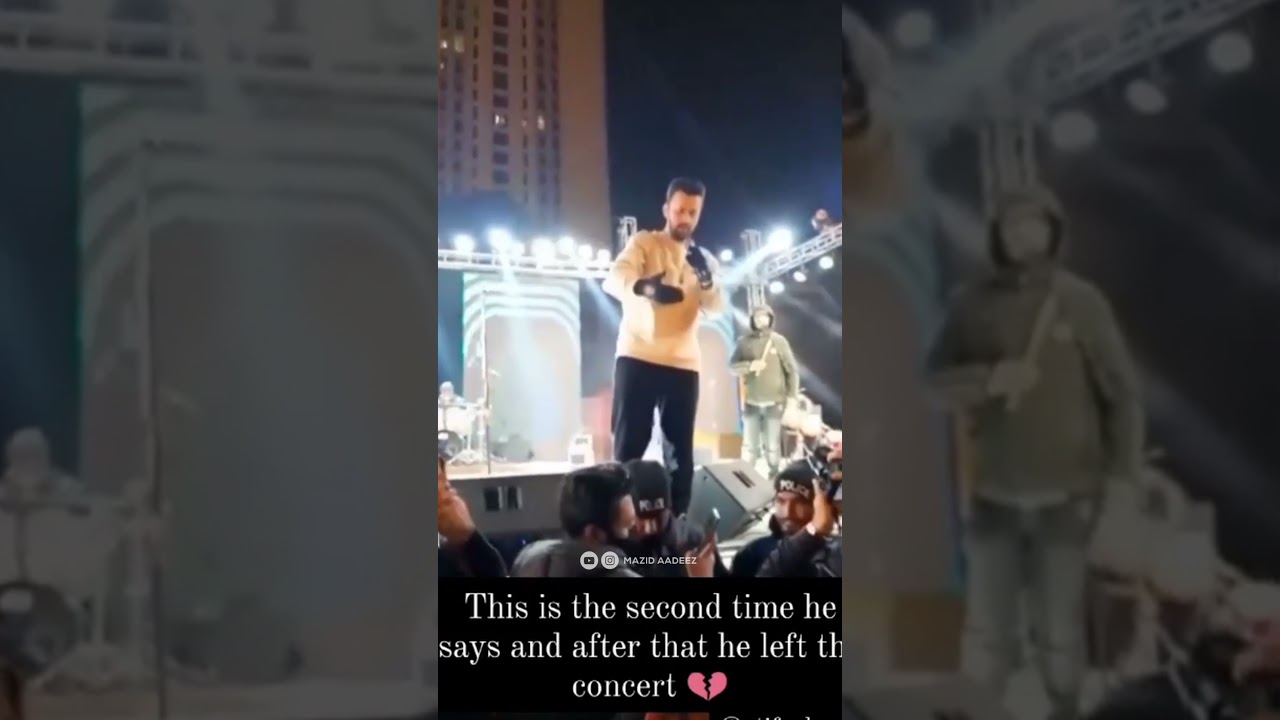 In 2017, he brought a concert in Karachi to a stop after spotting a female fan being sexually harassed by a group of men in the crowd.

The singer criticised the harassers, saying:

“Have you ever seen a girl? She could be your mother or a sister.”

He then asked some of his team to “rescue her”.

Atif brought the woman to the stage, prompting the crowd to chant: “Atif, Atif!”

“If you behave yourself, you will get a proper show. Otherwise, it will wrap up early… be a human being.”

He then continued with his performance.

It was reported that the venue was overcrowded, leading to several women being harassed.

“Atif did the right thing, which any other human being would do.

“We don’t want this to be blown out of proportion, and hope that folks continue to believe in Atif’s music.”

Dhiren is a journalism graduate with a passion for gaming, watching films and sports. He also enjoys cooking from time to time. His motto is to “Live life one day at a time.”
Badshah recreates ‘Paani Paani’ in Bhojpuri
Janhvi Kapoor dances at AP Dhillon’s Concert